I find myself constantly bombarded with lists of attractive celebrities. “The Sexiest Men/Women Alive”, “Hollywood’s Hottest Stars”, “The Best Dressed Actors on TV”, “The Most Beautiful People on the Big Screen”…there are just so many lists and features out there about the gorgeous men and women who find themselves in the spotlight. And this is fine; like anyone else I have my celebrity crushes both male (Michael Fassbender, Idris Elba, Channing Tatum) and female (Anna Kendrick, Aubrey Plaza, Zoe Saldana). What bothers me is how little attention is given to the men and women on the other side of the camera: the directors. Do they not too deserve to be objectified? It’s like there is a Glass Wall on these movie sets that filmmakers just can’t seem to get through and find appreciation for their stunning good looks. I aim to break down that wall with this article.

A couple of ground rules I laid out for myself: I have decided to only include those who are exclusively directors, and not actors. George Clooney and Orson Welles have had their moments to shine – I want to expose the other guys who don’t get as much attention. And with Joseph Gordon-Levitt having his first movie coming out soon, it wouldn’t even be fair. So, no actors. Also, I have restricted this list to directors who are alive and working (sorry, Fritz Lang). First, let’s begin with a few people who didn’t quite make the cut. 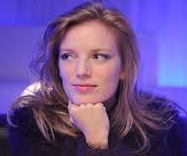 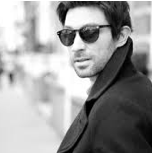 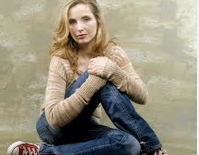 I’ve decided to include these three because, even if they are also actors, I think of them primarily for their work behind the camera (and they are responsible for my three favorite movies this year). Sarah Polley directed the fantastic Stories We Tell, as well as the recent romantic drama Take This Waltz. She also starred in such films as Dawn of the Dead and Splice. I’ve enjoyed her in these roles, but it has really been her directing that has made me such a big fan. Next up is Shane Carruth, director of Primer and this year’s Upstream Color. The only acting he has done has been in his own two movies, and though he isn’t as refined, his rugged good looks and blunt mannerisms give him a surprisingly engaging screen presence, and he fits in well with his own style of enigmatic filmmaking. The last woman here should need no introduction: the absolutely gorgeous Julie Delpy not only stars in Richard Linklater’s Before Midnight, she has also been a co-writer for the trilogy. Delpy also directed and starred in Two Days in Paris and Two Days in New York. These three talented people have already had a chance to share their good looks with the world, but I still felt they needed a shout out. 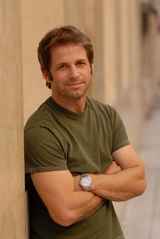 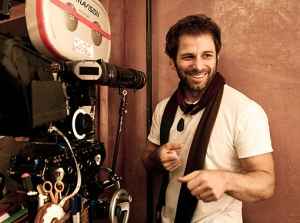 Let’s kick off this list with the man behind this year’s Superman reboot: Zack Snyder. I could look at 300 pictures of his charming smile and never get tired of it. Though I don’t usually spend all my free time watching men, I make an exception for this man of steel. His handsomeness will sucker punch you and leave you howling like one of the owls of Ga’Hoole, begging for more. 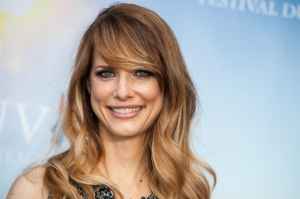 The director of last year’s delightful Your Sister’s Sister, Lynn Shelton is a name on the rise. She was also behind one of my favorite independent movies of the last few years, 2009’s Humpday. And though I’d love to use that last title for an innuendo…it’s a bit obvious. Though I would…for the entire day. Because this woman is lovely. 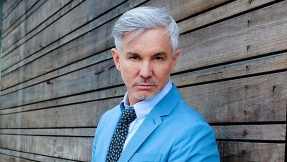 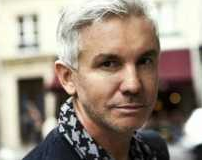 It makes sense that the man who brought us the excessively stylized Moulin Rouge! and Romeo + Juliet would turn out to be such a slick looker. Just gaze at the way he wears that blue suit; the guy is as smooth and refined as they come. If you ask me, Baz could have played Gatsby himself.

Patty Jenkins hasn’t done much since she directed 2003’s Monster, which won Charlize Theron the Oscar for Best Actress. She’s directed a few episodes of Entourage, Arrested Development, and The Killing. Just last year she was the frontrunner to direct the Thor sequel, and though she didn’t end up getting the chance to wield the hammer of Thor, she could wield mine anytime. This woman is the opposite of a monster: she’s a mad hot goddess crafted by Odin himself. 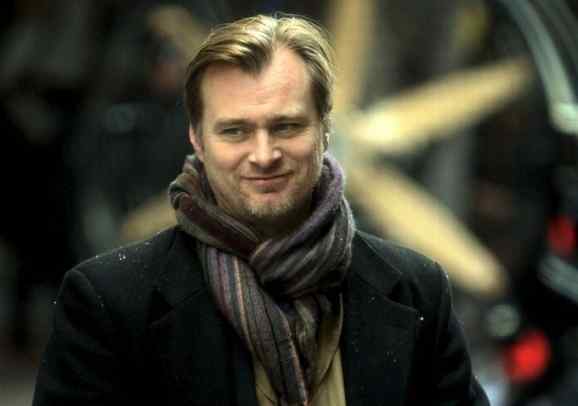 I think we all just need to take un memento to praise this remarkably handsome man. In addition to giving us a version of Batman better than we could have ever dreamed of, Nolan has made dark knights rise around the world with his chiseled jaw-line and ravishing hair. He keeps us awake at night to the point of insomnia. Don’t let all his prestige and large following of fans distract you, because once you get a look at this man he will incept himself into your heart – and if you’re lucky, your pants too. 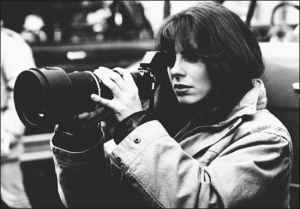 One of the best filmmakers working today, Bigelow was the first female director to win the Oscar for Best Director for her intense and gripping war drama The Hurt Locker. She was also director of last year’s absolutely masterful Zero Dark Thirty as well as, my personal favorite, the surfers-turned-bank robbers thriller Point Break. 61 years old and still foxy as ever, James Cameron was a fool to let his marriage to this stunner get terminated. 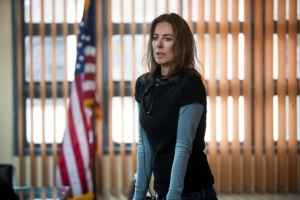 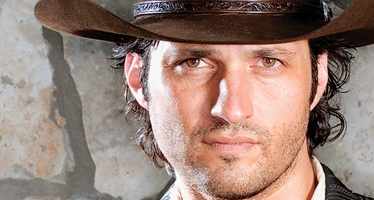 Let’s just put this one bluntly: Robert Rodriguez is dripping with sex appeal. After his breakout with El Mariachi and Desperado, Rodriguez has been bouncing back and forth between brutally violent fare like Sin City and Machete and the more kid-friendly Spy Kids trilogy. And I kid you not, I’d spy on this desperado all day. I’d follow him like a shark, boy. This guy makes me hot like lava, girl. I’d grind this guy up and down the house from dusk till dawn. Okay, I’m done. But seriously, this man is irresistible, which led to his much publicized affair with Grindhouse: Planet Terror star Rose McGowan. Inevitably, this ended his 16 year marriage. Unfortunate for her and their kids, but lucky for all us fans of him and his damn fine cowboy hat. 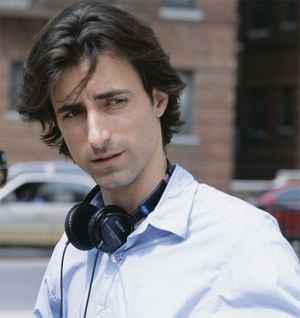 If you somehow weren’t charmed by Frances Ha, maybe you’ll find the man behind the flick a bit more tempting. Noah Baumbach has been described by some as what Wes Anderson would look like if he was more attractive. A bit harsh, but undeniably accurate. Baumbach is positively fetching, and I’m not just saying that because The Squid and the Whale is one of my favorite movies. He also directed Greenberg, Margot at the Wedding, and Kicking and Screaming, but those just don’t lend themselves to sexual overtones. 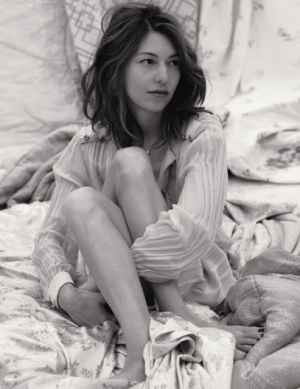 Gorgeous and alluring, Sofia Coppola (The Bling Ring, The Virgin Suicides) is everything you want from a woman. Crafting movies with insight and a cool hand, Coppola is intelligent and immensely talented. It’s almost unfair that she is as beautiful as she is. There is no way her looks could get lost in translation; I don’t care where you’re from, this elegant woman should do it for you.

Far and away my favorite director working today, Paul Thomas Anderson is the ultimate prize: a true man’s man and a woman’s dream. I keep sending in my vote for him to be named Sexiest Man Alive, but People magazine continues to ignore me. Happily married with Maya Rudolph, PTA is sadly off the market. But we can still pine, hope, and lust for this pinnacle of artistry and bangability. Get between me and this master of sexiness and there will be blood. I would boogie all night with him, punch drunk with love and desire. If Paul Thomas Anderson doesn’t give you a hard eight, if he doesn’t diggle your dirk, if he doesn’t make your magnolia bloom, then you are a lost soul with no appreciation for all things beautiful in this world.

Disagree with my choices? Do you find yourself guiltily attracted to the explosive frat boy charms of Michael Bay? Does Claire Denis make you weak at the knees? Do you gush over Julie Taymore, and lie awake at night staring at your poster of Spike Lee? Maybe you find yourself thirsting for some Park Chan-Wook? Please, post your personal picks in the comments, and make a case for whoever floats your boat.

Posted on Jul 15, 2013 by
Vic Millar
I study Cinema and Journalism, I love Stanley Kubrick and movies with zombies and explosions and blood and sex and car chases and kung fu.
Follow