4 Expectations for The Wheel of Time’s Concluding Book 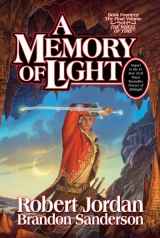 With the release of A Memory of Light happening January 8th (US) Robert Jordan’s epic fantasy series, which has spanned nearly a quarter of a century now, will finally come to a close. There is an innumerable amount of series that are inspired by Tolkien’s Lord of the Rings out there, but The Wheel of Time represents one of the best of our generation. It even has its own Con and the later books have been making it to the top of the New York Times’ Best Seller list.

It’s hard to boil down to just a few words, but the story primarily follows the journey of a young man, Rand Al’Thor, who learns that he must fulfill ancient prophecies by utilizing the One Power (a physical, governing magic) and stop the Dark One from ending the Wheel of Time completely. During this process he becomes the Dragon Reborn and works to unite the lands for the final showdown at Tarmon Gai’don when he will be aided by many of his childhood companions who have gained power and influence from their own unexpected adventures, as well.

One of the biggest critiques of the series is the overwhelming lengthiness to the point of feeling overly drawn out. When originally conceived it was to span only 3 books, was given a deal for 6 (just in case) and is now wrapping up with number 14. Even Jordan did not make it to the end as the final conclusion is now being completed by Brandon Sanderson who’s working by detailed notes and outlines that Jordan left behind and also guidance from those who knew and understood the late author best.

I say all this to lead us to the point of my article, a brief reminder of where we are with the books and what to expect from the finale. Even having read the primary books to this point, it’s not surprising to be a bit rusty on the ongoing plot points and characters. The narrative over the years has had our main characters spread to far-reaching corners of the world and is only now reuniting them for the last stand at Tarmon Gai’don. For a more thorough summary of the books please refer to here.

So here are some of the significant elements to expect out of A Memory of Light:

4. An Understanding of the Many Prophecies

With any fantasy series it’s inevitable that fans will hypothesize over the ending and try to ferret out hidden meanings. The Wheel of Time has been throwing around prophecy, foreshadowing and clues like crazy, though. Prophecy is one of the primary drivers of many of the characters’ actions, whether they are trying to fulfill or dodge it. The Karaethon Cycle within the books has a very detailed list of descriptions and events relating specifically to Rand, the Dragon Reborn, and from this we are constantly offered various passages as they tie into the events of the story.

Prophecy comes with a fair amount of ambiguity, however, and there are many passages within the cycle that can still be interpreted in different ways, with the conclusion of the story will come a final answer to all the evolving foretellings. One of the most seemingly significant prophecies at this point is that of “the Dragon’s blood stains the rock of Shayol Ghul”. It seems highly likely that Rand will die in some form, the books have all been emphasizing the need for his sacrifice, his blood. I think there’s a good chance that he will not be irrevocably dead, though, the Dragon is essentially a god in this world and it would not be surprising for him to have some sort of resurrection and/or ascension of being once the showdown is complete.

No matter how bad-ass Jordan’s characters may be, they all seem to have a soft spot for the love. Really every main character has been paired off at this point. “Paired” doesn’t really apply to Rand and his women, though… quadrupled off? Anyway it seems like every character is now either married or engaged to be married and they’ve all gone through impressive personal growth to get there.

The romantic story lines are defining of the individuals as well. Perrin Aybara and Matrim Cauthon are perfect examples. Perrin, whose loyal, thoughtful, and discriminative, found himself married and deeply devoted early on in the series. Mat’s defining characteristics, on the other hand, are a sense of wiliness and risk-taking charm. While the last thing he wants is marriage, that’s exactly what luck brings him in an accidental arrangement to an equally cunning spouse.

While at first one might be tempted to brush off the amorous threads as fluffy subplots, romance really is front and center for grounding Jordan’s characters. The balance between men and women is a defining element of the entire world and culture of The Wheel of Time. Each successful relationship is demonstrative of the benefits of a successful balance achieved on a smaller scale. Magic, while stemming from the same place, is divided between saidar and saidin for women and men, respectively. The manipulative female Aes Sedai struggle to control the dangerous, up-and-coming male Asha’man. For the world to be saved all these opposing forces must find that perfect, almost romantic, unity.

2. A More Permanent Solution for the Dark One

The story spans ages and the drama really begins with the Dark One (equivalent to Satan; a representative of all evil, darkness and chaos) finding a breach in the Creator’s cage and trying to exploit that to ultimately end the Wheel of Time and all that is. In the Age of Legends the Dragon, Lews Therin Telamon, manages to temporarily seal off the prison. While this holds for millennia, the Dark One finds ways to take advantage of the flawed seals and is still seeking total apocalypse. Rand’s ultimate mission as the Dragon Reborn is to stop this and seal the prison for good.

Rand has the advantage of recalling his past life as Telamon. While the Dark One, evil, likely can never be completely ended (that would ruin the necessary balance) it would be a let down for Rand to repeat the same actions as in his previous life. The book left off with Rand resolving to completely break the remaining seals in order to create a permanent seal for the Dark One’s prison. It’s a mad plan with plenty of opposition, but knowing that the Dark One is forever imprisoned would provide the closure I think many fans are craving. 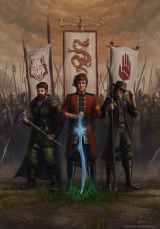 Book after book Tarmon Gai’don has been the endgame for our protagonists’ last stand. Everyone’s been individually developing their strengths and truly becoming powerful heroes; now the time has come for the threads of the story to weave back together and for the characters to find their balance once again.

Many epic battle scenes have taken place throughout the series, naturally this one needs to take the cake of them all. The biggest concern, which Brandon Sanderson himself noted, is that Sanderson is not versed with the same military background that Jordan often utilized. The combat within the books has a defining tone drawing influences from various forms of fighting styles and strategies. There’s no question that the battle has to be epic, but of all the writings in the final concluding books this seems to carry the greatest chance of showing the gap between the two writing styles of the authors. That being said, Sanderson is being guided by Jordan’s people and has done a very admirable job thus far in carrying out the conclusion to the story. When Jordan was diagnosed he created very detailed notes and outlines indicating the way the story needed to finally wrap up. These books are simultaneously the payoff of Jordan’s work and an ode to his legacy.

Posted on Jan 3, 2013 by
Rosanne
Rosanne spends her free time hanging out with her husband, constantly searching for films that are exciting, evocative, enriching, or emotional. She also likes alliteration.
Follow