5 Wolverine Stories to Prepare for the New Film

I cannot honestly say I am all that excited about the new Fox studios film The Wolverine. The more I see about it, the less excited I am. Fox’s track record on the Marvel films has been very hit or miss with the films ranging from nearly unwatchable (Elektra) to really quite good (X-Men First Class).

Fortunately, there are several very good Wolverine stories from the comics that the uninitiated can read in advance to prepare…

It is hard to believe it has been nearly four decades since Len Wein and Herb Trimpe brought us Incredible Hulk #180, the first appearance of Wolverine in shadow. With #181, the more well-known issue that commands high dollars with collectors, being actual first full appearance. Not long after that Chris Claremont took the character and ran with it; defining the character throughout the rest of the 70s, 80s and into the start of the 90s, creating a very full (and sometimes confusing)

There have been several very good stories written since the early days of the character. Some of these have attempted to streamline the backstory or at least lay claim to parts of it, while others were stand-alone tales that worked very well. (Warning!, Spoilers ahead.) 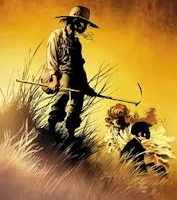 After the success of Fox’s first X-Men film, it was decided by Joe Quesada that the comics should be where the Wolverine’s origin would be told. Up to that point, Wolverine’s history and origins had only been hinted at and at one point Wolverine was even going to be the son of Sabertooth, but all of those elements were negated by Origin.

The story shows a young and sickly James Howlett as a boy in the late 1800s. Through deliberate misdirection in the first parts of the story, we are not certain who the Wolverine will turn out to be or how the other members of the cast relate to him. His friends and family look like people that readers familiar with Wolverine recognize which helps create some of the misdirection. When we finally see the bone claws on panel for the first time, coming out of this young boy’s hands, it is genuinely harrowing.

Not willing to leave it alone and needing to fit the story into its film continuity, Fox messed with the concepts and characters somewhat but the broad strokes of the basic origin are still present in X-Men Origins: Wolverine, a film not actually awful but just not very good.

Origin was the first really strong Wolverine story written after Claremont’s time with the character ended. Paul Jenkins and Joe Quesada crafted a strong story that made the reader feel genuine connection and empathy for the character of Wolverine for the first time in many years. With stunning art by Andy Kubert, Origin became an instant hit and remains one of the strongest Wolverine stories in the character’s history. 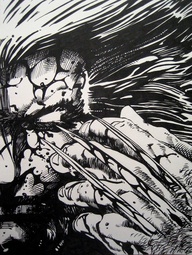 This was something of an oddity when it first came out as a serialized story in Marvel Comics Presents in 1991. It was the first major stand-alone Wolverine story not written by Chris Claremont and as a result it was not immediately accepted by the fans (Or indeed Claremont himself, if the rumors at the time were true).

Written and drawn by Barry Windsor-Smith, Weapon X tells for the first time, how Wolverine got the adamantium skeleton and claws. The story was bloody and oddly paced with Wolverine taking a back seat narratively speaking to the scientists performing the procedure on a drugged and incoherent Logan.

The X-2 and the first Wolverine movie made significant changes when this book was translated it to film; namely the fact that in the original story Wolverine is an unwilling participant, even a victim of the process. However, the movie makes him a volunteer, asking for it. By making Wolverine a willing participant in the film, the entire nature of the character changes. In the book, seeing such a powerful character as helpless in this instance and indeed through most of the major events in his long life is a powerful story point that people who went to see the films lost.

Weapon X is an odd mix of 1980s Marvel style and the darker sensibilities and more dynamic visual style of Windsor-Smith. It is well worth finding in any of the several collected volumes available.

This story is something of a mess (due to the nature of a major crossover having multiple writers), but it is a vital component in the make-up of Wolverine. As a member of the X-Men for most of his time in comics, Wolverine has been a major part of most of the events that have shaped the team but in this crossover event from 1993, he is just part of the larger ensemble cast. It is that status in the story that makes the horrific climax of Fatal Attractions so shocking and gut-wrenching.

There are things in this story that the X-Men learn about Wolverine (eagle-eyed, long-time fans already knew them) and Wolverine would spend the next several years with a completely new status quo because of this book.

While this has never been directly translated to film or is in any way connected to the film continuity; this is a strong story for people wanting to see a very powerful and interesting side to the character.

Mark Millar and Steve McNiven came together in 2008 to bring an alternate future tale of Wolverine in Old Man Logan, a dark post-apocalyptic tale set 50 years in the future. After the super-villains banded together and killed almost all of the heroes, Wolverine has abandoned the Wolverine aspect of himself and has not used his claws or killed in decades. He lives in an area of the Southwest known as Hulkland; an area run by the Hulk and his severely inbred offspring. Logan has a meager existence with his wife and two children and when he falls behind on the rent to his landlords, he needs to find cash in a hurry or face the Hulk’s violent wrath.

On a cross county road trip with Hawkeye, the now blind former Avenger, the two are delivering a package for money. Logan does not care about anything but getting the money to help his family and steadfastly refuses to use his claws. Even in the most dangerous situations, the old man does his best without becoming ‘the Wolverine’ again.

Millar’s take on this alternate future is a surprisingly entertaining one, full of depth, humor and genuine emotion. While much of the story is predictable (and we have even seen some of it before in other stories) it is still enjoyable and full of excitement with interesting character moments. I can fully see Hugh Jackman playing this part in 30 years.

While it was clearly set up to have a sequel, none have as yet materialized. It has no bearing on the new film but is a strong bit of Wolverine lore and should be read by anyone looking to see a little deeper into the character. 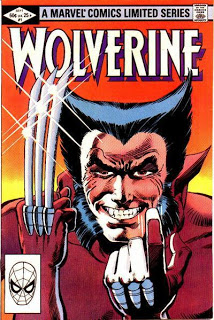 A measly three decades ago in 1982, the definitive Wolverine series by Chris Claremont and Frank Miller hit the stores. The series was definitive in the truest sense of the word as it took the character and completely re-defined him as a noble spirited ‘failed samurai’ and not just a psychopathic killer.

The four issue limited series concept was new to Marvel and they were not certain it would sell. After all, Wolverine was popular back then but not THAT popular. The series was a huge success that spawned a new ongoing series for Wolverine and began fandom’s love/hate relationship with the character.

Set in Japan, the series expanded on the idea that Wolverine had a much deeper past than previously thought and a desire to live in peace that will always be thwarted. His lady love, Mariko, has been forced into an arraigned marriage by her father Shingen and Wolverine cannot accept this. Over the course of the series the reader sees Logan having to face the fact that he cannot simply cut his way through every problem. While he does quite a lot of cutting, the real battle of the book is inside Wolverine and that is where the real drama lies.

Still one of the most powerful Wolverine comics ever produced, this amazing series seems to have dropped off the radar in recent years. Fortunately, the series forms the basis for at least some of the new film and hopefully will get a chance to be read by a new generation of the character’s fans.

There are a great many Wolverine stories out there, given that he seems to show up in every Marvel book these days and I expect to be taken to task for omitting some. That is fine, as there are too many to list. Wolverine is currently on display in several Marvel books, one of the better ones is Uncanny Avengers. This and the X-books along with the several solo books where he appears, make Wolverine very available to fans. So if the movie does not thrill you, check them out. If the movie IS something you enjoy, then check the books on this list out; they will add a great deal of depth to what you have seen so far.

Posted on Jul 15, 2013 by
Taylor Ramsey
While I quietly wait for a really good excuse to go on an interstate mayhem spree, I read comics and watch movies. While I do the "writing" here, my wife makes it readable.
Follow