7 HBO Shows That Stand Out Among the Rest

HBO has been around since the seventies, bringing in top quality television series from varying genres that caters to thousands of people. It has brought us tears, chills and action from a range of quality shows. It seems that with the current hype in productions, such as Game of Thrones and True Blood, people have become more interested, bringing them into the already popular HBO family. With its publicity and growing popularity, it is only fitting to look back at the best HBO series. 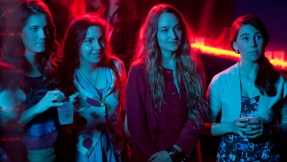 With only two seasons aired so far, Girls has already established itself as a smart and engaging comedy about four women living in New York. I know what you’re thinking, another Sex and the City with Carrie Bradshaw parading through the city with her Chanel handbag and infamous Manolo Blahnik’s? Wrong. Girls is almost the opposite. Produced by Knocked Up’s Judd Apatow as well as the star Lena Dunham (who also writes and directs the show), Girls follows Hannah and her friends through their struggles, trying to make it both individually and professionally, within New York. Riddled with humour, sex and real emotion, Girls reflects the struggles and hardships that friends go through which breaks new ground in this genre. The humour in this show is relatable to a wide audience as the writers capture moments that everyone has experienced in their life. Ever had an awkward fight with your boyfriend or sexual fantasies about another person? Girls  showcases this in a believable and humourous way. Not just for women either, this comedy will even make the hardest of Hell’s Angels chuckle, something that Lena Dunham needs to be commended on. Girls should be on your must watch list. 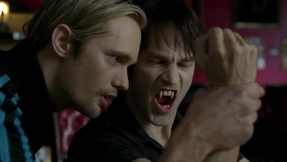 To be honest, True Blood would have been closer to number one on this list if it wasn’t for the last two seasons. Seasons one to three were outstanding, mixing horror, humour and drama. But now it seems that the show has been caught within its own hype and strayed too far away from its roots. The show takes place in a world that has recognised the existence of vampires and brought them into society. With the help of manufactured blood (Tru Blood) vampires no longer need to feed off of humans. At the beginning of the series, True Blood was a love story between vampire Bill Compton and the main character Sookie Stackhouse. Now the series has turned into mayhem with alliances broken, losing the love that the audience had for these characters. For what it’s worth, True Blood does bring the audience in and makes them care for the characters. Sookie Stackhouse may become annoying at times, but with the help from other characters such as Eric Northman or Bill Compton, she becomes tolerable. Lately, more and more supernatural creatures are being added to the mix which does drag away from the vampire plots. I guess it is the mix of drama with the supernatural that makes this show so interesting and brings me back every time a new episode has aired. 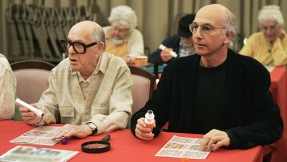 Writer of Seinfeld, Larry David stars as himself in a comedy about himself. Well, a fictionalised version of himself. Much like his previous show, Curb Your Enthusiasm is essentially a show about nothing. Larry rambles and complains about situations that occur in everyday life, bringing in the same narcissism that Seinfeld offered. What makes this show so funny is simply that. It is almost an R rated version of Seinfeld with Larry David producing the same humour that Jerry did. The simple story lines are outlined by Larry beforehand with little script, leaving room for majority of the show to be improvised. The camera follows Larry as he goes about his life as a semi-retired TV writer who is trying to keep occupied in his day to day routines. Larry David is a character that you love to hate. He always seems to be doing one thing right, yet three things wrong. His crazy antics and his voiced opinions deliver clever humour that will leave you laughing for hours. Having completed over eight seasons, Curb Your Enthusiasm has become just as popular as Seinfeld proving that Larry David is still full of ideas about nothing. 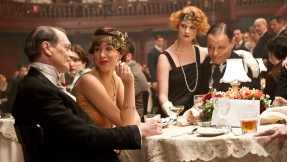 Boardwalk Empire brings together the lavish life of the roaring twenties with luscious parties, quick tempo jazz music and an abundance of alcohol despite the laws on Prohibition. Screen legend Martin Scorsese is one of the many producers of the show, who’s talent was used to direct the pilot, setting the scene for the other directors of the show to follow. Boardwalk Empire takes the audience to Atlantic City. It follows the main character Nucky Thompson, (half politician, half gangster) who not only owns the city but the people within. He uses his political empire as well as bootlegging and gambling to add to his enormous wealth. The show includes fictionalised versions of historical people from the era such as Al Capone, Lucky Luciano, Johnny Torrio and Meyer Lansky who interact with Nucky on a personal and business level. Boardwalk Empire brings in movie quality sets with expert script writing that establishes the Prohibition era on your TV. One thing that HBO has started to do a lot of is bloody and nudity, which you will find plenty of in Boardwalk Empire. The violence in the show mimics that of the era, further building upon the scene that the clever script writing has created. It is a gangster show, so the violence can be confronting at times. Casting comedian Steve Bruscemi stars as Nucky Thompson might seem odd at first glance, but when he channels his darker side from his roles in Con Air and Reservoir Dogs, you know that the choice was right. Boardwalk Empire pushes the boundaries for quality television with it’s violence, production value and its script. 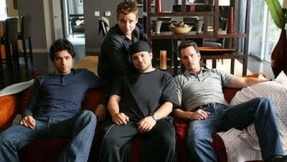 Ever wondered what a the life of a world renown movie star entailed? Entourage follows Vinnie Chase and his three childhood friends in their journey through stardom in Hollywood. Produced by Mark Wahlberg, the show has been stated to have been loosely based on his early career as a film star. What makes the characters in Entourage so loveable, besides the fact that they are written so well, is that you want to be in their position. Money is just an object to the characters, buying expensive cars, luxurious houses and spontaneous holidays without thought. Not only does this show offer the dream of riches, but every episode the characters win you over with their humour, charm and their friendship. Friendship is a key theme to the series and no matter what, it is always more important than any of their possessions. Having this theme flow throughout each series makes the characters more believable, and is what makes Entourage stand out against other Hollywood celebrity shows. Although all the characters are funny in their own way, the one character who stands out the best is Ari Gold played by Jeremy Piven. His loud, obnoxious humour with his over abundance of obscenities makes a truly unique character that the audience will either love or hate. With Entourage having completed its eighth and final season in 2011, TV almost hasn’t been the same since. 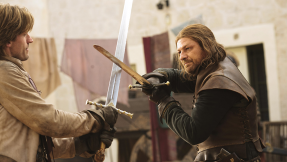 If you haven’t watched Game of Thrones yet, then you are missing out on one of the best shows on TV with a high production value, an excellent script and outstanding visual effects. Based on the George R.R. Martin’s fantasy series A Song of Ice and Fire, Game of Thrones is an epic story that follows powerful families as they fight for command over the kingdom, and cleverly interweaving several plot lines underneath. Kings try to overthrow other kings for more power, wars are waged and mythical beasts are cleverly introduced into the series. With such detail included, the world that is created has a rich history and lore, allowing the place to feel almost real. Although you might come to find one character as your favourite, the show will twist and that character might not be as favourable anymore. This is one aspect of Game of Thrones that makes it so gut-wrenching annoying, yet so exciting at the same time. It makes you count down the days until the next episode, a trait that not many shows deliver. Game of Thrones has already created a fan base with the novels, and with the HBO series close to finishing its third series, more and more people have jumped aboard. Once again we are shown that HBO can bring movie-like quality onto the TV with Game of Thrones being one of the most watched shows on air at the moment. 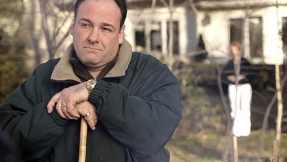 Struggling to choose between first and second place comes the HBO powerhouse at number one: The Sopranos. An expertly written crime drama, The Sopranos follows Tony Soprano, an Italian-American crime boss that runs his operation within New Jersey. The show is not just about mob violence and shoot outs like you’d expect from a crime drama. The Sopranos has depth. The plot delves into Tony Soprano’s personal issues as well as problems with his family as he tries to keep on top of his business. Tony has a mother that wants to kill him, a teenage son and daughter that are growing up, a wife that doesn’t trust him and a business that is ever changing. Tony is forced to see a psychiatrist to relieve his stress, which raises the question to himself: how much can a mob boss tell a psychiatrist? It is this amount of depth to the story that allows The Sopranos to stand out not only against other crime shows, but other HBO shows in general. James Gandolfini’s role as Tony has allowed him to be recognised as a legendary character withing the crime genre, much like Marlon Brando with The Godfather. With twenty one Emmy Awards and five Golden Globes, The Sopranos has shown the world that it is one of the best shows ever created.

Without a doubt, HBO has delivered more than seven great television series over time, and will continue to do so. It is obvious to see that HBO deserves the popularity it has created with its fans having a high expectation for every new series. If you haven’t delved into any of these series yet, or have been wondering whether they are good enough, go watch them. Thank me later. Don’t have HBO? There are Direct TV deals that include HBO for very reasonable prices. There’s really no excuse not to watch these amazing shows.

Do you have any further suggestions or disagree with the placing?

Posted on Jun 6, 2013 by
Nicholas Devin
Studying Creative and Professional Writing as well as Information Technology. I have a major passion for film, TV, music and video games.
Follow