Jason & Company go to Hell: A brief look at slasher reboots that flopped and what Leatherface reveals about us

Regardless of its status as a “direct sequel”, the recent Texas Chainsaw 3D also serves, undoubtedly so, as a reboot of the long-tired franchise; seeing is how we haven’t seen Leatherface on the big screen in almost seven years. And according to a statement released by Lionsgate producers, there could be as many as six sequels planned for the future. This isn’t all-too surprising, seeing is how Texas Chainsaw managed to slice and dice the competition, earning a surprising $21.7million on its way to top the box office over the likes of The Hobbit: An Unexpected Journey and Quentin Tarantino’s latest hit Django Unchained, on its debut weekend. Not bad for a mentally-stunted, freelancing, chainsaw wielding, face peeling hick.

However, in this day and age, it is quite unusual for an R-rated, 3D horror movie to top the box office, let alone a reboot of a franchise that seemed to be hanging lifelessly from the chains itself almost a decade ago. In fact, most other iconic antagonists of the horror world who were fortunate enough (or unfortunate enough) to see a mid-to-late-2000’s remake never, forgive the pun, survived long enough to see a rebirth in their franchise. So allow me, if you’d be so kind, to take you on a trip into horror movie Hell in order to re-examine the charred remains of the horror reboots that once lived a short life at the box office and to take a look at this particular Leather-bound franchise and what may make it so special.

To its credit, this ‘Friday the 13th Part 12’ grossed a decent $65 million at the box office and it is the most technologically sound installment of the franchise; it looks the best. However, this return to Camp Crystal Lake was not a very welcome one, for the critics at least. Racking up a staggering (and I use this word sarcastically) 26% approval rate on Rotten Tomatoes, this reboot was heralded as a “rehash” that fails to distinguish itself from the franchise.

In its defense, this latest go-around by Jason Voorhees does attempt to set itself apart from the other films by “grounding” itself in a more reality-based story. Our hockey-masked killer is no longer a supernatural presence; instead, he is merely a mortal condemned to suffer the harsh realities of life along with the rest of us. The producers wanted a sound explanation for him popping up everywhere so they decided to give Jason a home below ground in a series of tunnels that run throughout Crystal Lake. While this may help bring Jason down to Earth, an Earthly killer with pitiful human motives is far less scary than a superhuman spirit that we can never hope to understand. As Carmine Falcone nicely puts it in Batman Begins (Christopher Nolan 2005), “You always fear what you don’t understand”.

9… 10… Never sleep again… Actually, the only thing about this unfortunate rehash that kept me awake is how disappointing it is. Much like the 2009 reboot of Friday the 13th, this new ‘Nightmare’, literally, has a much nicer, polished look to it as compared to other installments in the franchise, thanks mostly in part to shared producers. And the art department definitely captures the feel of its source material. The last not-so-redeeming factor for this reboot goes by the name Jackie Earle Haley. He definitely brings the iconic dream stalker back to his terrifying roots, which was an important goal after six comedy-esque sequels.

The original A Nightmare on Elm Street went on to spawn seven sequels, each one more ridiculous than the last. What’s astonishing about this is that the 2010 version managed to pull off an embarrassing 15% on the Tomatometer, making it the lowest scored Nightmare on Elm Street movie on Rotten Tomatoes. Peter Travers of Rolling Stone Magazine faults the underdeveloped characters and I couldn’t agree more. What this reboot lacked, more than anything, was a central focus on the characters. Young adults were being killed off left and right without the audience receiving any sense at all of who they were or why they were important to the story. In fact, the most attention paid to any one character was that of Freddy Krueger, but he is not the central character to this story. Perhaps this “new vision” would have been a bit more developed had the producers actually bothered bringing Wes Craven on board. After all, who knows you like your daddy?

If I asked you what your favorite scary movie was, you probably would not say Scream 4. Not necessarily because it’s a bad movie, but because its wit and humor tend to overshadow any “suspenseful” moments. Although the original Scream has generally been a critical success and this fourth entry is scratching the surface of acceptability with an almost-fresh score of 57% on Rotten Tomatoes, this has been a point of attack for many critics of the Scream movies- they just don’t pack the scary punches.

What these movies do pack, if nothing else, is wit. These scary movies are keenly aware of the existence of pop culture- more importantly- they are aware of the existence of other horror movies as well as its own presence in the genre. Where Scary Movie goes full out parody on the genre, the Scream movies mostly play around with horror movie cliches and use them to tease the audience’s expectations of what is going to happen. This is where the brilliance of the franchise comes from and this fourth movie does a nice job of playing on the expectation of an audience that is now privy to years of torture porn.

Now whether you’re a fan of the franchise and you agree or not on its “brilliance”, the latest film did not perform well at the box office. Even though Scream 4 tied ‘3’ for the largest budget of the franchise, both more than doubling the budget of the original, Scream 4 did not perform well domestically. It barely raked in $38 million after a $40 million-dollar budget. This leaves a big question mark on the future of the franchise. Even though Director Wes Craven has solidified that there will be a fifth installment, there has not been any headway in the last couple of years.

A psycho boy, his chainsaw, and an unsettling theory

Leatherface and his homicidal redneck family hit the big screen for the first time back in 1974 and they scared the crap out of unsuspecting moviegoers. After all, it had been almost a decade since the general movie-going audience had been exposed to a brutal cross dressing serial killer (see Alfred Hitchock’s Psycho), and even then it was never of this magnitude: dismembered corpses dangle from chains while, in the background, the sound of a chainsaw working away on some poor soul as he screams in anguishing pain… Sinks draped in dry blood and damp filets of freshly-peeled faces are pinned to the wall for later wear and tear… But perhaps the most unsettling thing about this now-infamous chainsaw killer was the fact that he (along with a few other notable cinema psychos) is based off of a real-life Wisconsinite body snatcher by the name of Edward Gein. 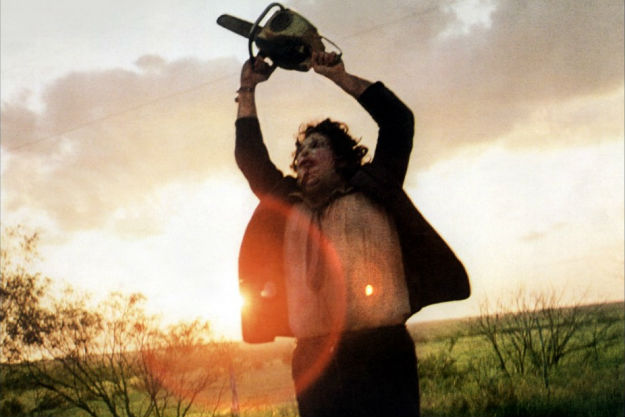 When I heard about the possibility of more sequels for the current reboot of the franchise (Texas Chainsaw 3D), I looked back at other, more recent horror rehashes and wondered why all of them had failed to produce any sequels. Then I started thinking about another relatively recent, successful horror franchise. Saw spawned six sequels in six consecutive years. What was it about these two franchises? What secret key to a successful run in theaters did they possess that other, recent horror films did not?

Well, when you go back and watch these reboots that flopped- Friday the 13th, A Nightmare on Elm Street, Scream 4– they all have one thing in common. They’re all slasher flicks in which most of the victims die a quick death from some fatal blow to the head. When you look at the successful, sequel-filled franchises like Saw or, possibly, this new ‘Texas Chainsaw’ berth, their victims are tortured, slowly. Not only are people voluntarily turning out to watch other people get tortured, but they are even paying for the privilege to do so. I mean even Hostel spawned two sequels.

So why do otherwise seemingly-normal people turn out to watch other people get tortured? You could argue that a lot of it is due to the fact that they are just movies and people find a kind of disturbing comfort in knowing that what they’re watching isn’t actually happening. Sure this may explain how people are able to endure watching people inflict pain onto others, but it does not explain the motive of actually showing up to endure it in the first place.

Posted on Jan 15, 2013 by
Jordan David
Born and raised in the Great Lakes State of Michigan. I work as a projectionist at the local movie theater and study film/ video at Grand Valley State University.
Follow