The next generation of filmmakers may have a reduced cost of entry into show business with the help of affordable digital cameras and the presence of social media sites like Kickstarter and Vimeo but, nevertheless, they still have their work cut out for them. The future of cinema looks bleak, or at least it does to a number of America’s most prominent filmmakers. At a panel discussion at USC film school, Steven Spielberg and George Lucas agreed that an inevitable and massive industry implosion will likely occur. Steven Soderbergh noted in his speech at this year’s San Francisco International Film Festival that today’s high cost of movie marketing has resulted in an onslaught of generic, action-packed spectacles that are guaranteed to perform well on foreign soil. All of this is fairly depressing stuff but none more so than the comments David Lynch made in a recent interview with The Independent. “Even if I had a big idea, the world is different now,” Lynch said when asked about his plans for a future film project. “Unfortunately, my ideas are not what you’d call commercial, and money really drives the boat these days.”

If 2006’s Inland Empire does indeed mark the final addition to his filmmaking canon, David Lynch has concluded a decades-long career as one of America’s most innovative and iconoclastic directors. A master of mood and atmosphere, Lynch crafted unusual and startling sound designs that allowed his films to be both mind-bendingly surreal and intellectually poignant. His is a cinema of the nightmarish living amongst the banal, populated by picturesque small towns with seedy underbellies and monsters living behind the local diner. The term “Lynchian” has been adopted by critics and fans to describe his unique juxtaposition of violent and sexual imagery set against 50s-era songs and iconography. Perhaps Mel Brooks came closest to pinpointing the appeal of Lynch’s films when he once described the oddball director as “Jimmy Stewart from Mars.”

Below is a list of the director’s five best films. Though his beloved television series Twin Peaks would easily make any Lynch top five list, I have withheld it from this list in order to narrow my focus on his presumably complete filmography. Though his movie career may be over, Lynch has hinted that a return to TV is still a possibility. Here’s to dreaming big.

David Lynch’s recent disavowal of film is not his only one. In the mid-2000s it appeared that he was retiring from filmmaking when he claimed that “film is like a dinosaur in a tar pit.” His disgruntlement was revealed to be directed less toward cinema but rather to celluloid itself. Lynch ditched the expensive, cumbersome material and became an early proponent of digital filmmaking. He shot his tenth feature, Inland Empire, entirely on digital video.

The movie’s look is aggressively murky and unpolished. It is more reminiscent of the abundant footage found on Youtube than the typically stunning visuals adorning giant theater screens. The muddied look is the perfect companion for this tale of a “woman in trouble”- a premise that has been a staple throughout Lynch’s career. Laura Dern plays an aging Hollywood actress who gets so involved in an upcoming role that her ability to distinguish reality from fiction becomes impossibly blurred. If Mulholland Dr. was David Lynch’s initial rebuke of Hollywood, Inland Empire is his vicious, no-holds barred screed. His vision of show business is one of schizophrenic identities and grisly murders. Not only is it the most unrelentingly frightening and surreal work of his career, but it also features a knockout performance from Dern in her third collaboration with the director. Unsettling yet mesmerizing, Inland Empire is one of the quintessential horror films of the digital age.

After Mel Brooks saw a private screening of Eraserhead, Lynch’s debut film, he knew that he had stumbled upon a new talent. Brooks had been searching for a candidate to direct his upcoming production, a biopic about a physically disfigured man fighting prejudice and cruelty in 19th century London. Lynch agreed to helm his first studio picture and the two men formed an unlikely collaboration, though Brooks agreed that his producing role should go uncredited so as not to cause any preconceived notions of the film.

The Elephant Man may deal with similar themes found in Eraserhead, but it adheres to a much more traditional narrative structure than his debut. John Hurt plays Joseph Merrick, a frighteningly disfigured yet soft-spoken and sensitive man who is rescued from a carnival freak show by Dr. Frederick Treves (Anthony Hopkins) only to be reviled and objectified by members of high society. Taking a lesson from Spielberg’s playbook for Jaws, Lynch slowly builds tension over the reveal of Merrick’s horrific disfigurement. We can only guess at his physical features from a quick glimpse of his shadowy outline or the lumpy protrusions of his face mask. When his deformity is finally revealed to the audience, the film dips into an aching sentimentality that is uncharacteristic of Lynch’s work. That is not to say the film does not contain its fair share of “Lynchian” surrealism. Hallucinatory dream sequences and sinister black and white photography provide a welcome addition of the otherworldly in an otherwise conventional studio picture. 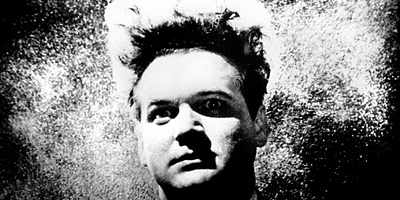 Lynch’s first feature is one of the most self-assured and formally inventive directorial debuts in film history. Shot over a span of several years while Lynch- then a film student and new father- repeatedly had to scrounge up financing, it tells the story of a man who is left to care for his horrifically deformed baby. Jack Nance nails the anxiety and exhaustion associated with parenthood in his performance as Henry Spencer. A perpetual loner, Henry is bullied into marrying Mary X by her insistent mother after the girl gives birth to a severely underdeveloped child. Thus begins a slow plunge into madness, with Henry attempting to care for the inconsolable child while also harboring adulterous thoughts for the girl across the hall and experiencing nightmarish visions of a lady living in his radiator.

Stanley Kubrick cited the film as a personal favorite. Before the production of The Shining, he screened it for his cast and crew to give them an idea of the atmosphere he wanted to create in his film. For all of its unsettling weirdness, Eraserhead depicts an all too familiar human experience of parenthood and infidelity that was rarely depicted on film.

“I discovered that if one looks a little closer at this beautiful world, there are always red ants underneath.” – David Lynch

At the beginning of Blue Velvet, Jeffrey Beaumont (Kyle MacLachlan), a college student who has returned to his suburban home to care for his ailing father, discovers a severed ear in a field near his home. In a clever homage to the grand-daddy surreal film of them all, Un Chien Andalou, a close-up reveals a pack of ants scurrying in and out of the severed ear. In this one image lies the overarching theme of Lynch’s cinema; namely, underneath the beauty of the superficial lies a chaotic, incomprehensible world. Propelled by this gruesome discovery, Jeffrey and the town detective’s daughter, Sandy Williams (Laura Dern), set off on their own naive, Hardy Boys-like quest to solve the crime, only to later discover that their town is nowhere near the picture of perfection they once assumed it to be.

Blue Velvet set a foundation that Lynch would continue to develop in his landmark television series, Twin Peaks. The two certainly appear to take place in a similar universe. They share the same anachronistic 50s look, punctuated by dangerous femme fatale characters and the presence of a deranged, murderous threat lurking in the shadows of a small logging town. However, Twin Peaks would not exist without the success of Blue Velvet and Dennis Hopper was a key element to that success. In a career-topping performance, Hopper plays a psychopathic, sex-crazed gangster who shocked American audiences with his brutality and excessive use of profanity. His performance, along with the mystifying experience of the entire film, stay with the viewer long after the credits roll.

Do you remember those Magic Eye books? The ones with the full page patterns of random colors and striations that, when stared at correctly, can seemingly alter the 2-D jumble into a hidden 3-D image. Mulholland Dr. is the cinematic equivalent of a Magic Eye book. Just when you think you have figured out all there is to see and experience from Lynch’s masterpiece, you notice something you missed in previous viewings and your perspective of the film suddenly shifts.

Like most of Lynch’s work, it is impossible to describe the appeal of this movie to the uninitiated without coming across as nonsensical and ridiculous. One could draw parallels to its obvious influence, Sunset Blvd., yet even that comparison would unfairly pigeonhole the movie into a tidy classification. Naomi Watts, then a relative unknown, gives a breakout performance as Betty, a naive, aspiring actress who moves to Hollywood to pursue her career. When she arrives at her aunt’s apartment, she discovers a beautiful woman who is suffering from amnesia after surviving a near fatal car crash on Mulholland Drive. Operating in the same neo-noir universe occupied by Blue Velvet and Twin Peaks, the film winds through a multi-layered mystery about lost identity and shattered dreams. Simply put, Mulholland Dr. is a must-see for any fan of cinema and its powers of illusion and delusion.

The end of Lynch’s theatrical film career does not necessarily signal his retirement. His second album, the blues-inspired The Big Dream, is due out on July 16th and he has also recently directed the music video for Nine Inch Nails’ song “Came Back Haunted.” His steady output of short films will surely continue to be released through his website and other online sources, however, a small laptop screen with its mini-speakers rarely does justice to his work. A Lynch film is a completely immersive theater-going experience. Their visuals and sound are crafted to have a transportative effect on the viewer. It is a depressing thought that getting the opportunity to watch any Lynch film in a movie theater will now be a rare privilege.