CL’s Attempt at a Western Audience: Ambition or Folly?

K-Pop, J-Pop and C-Pop dominate the Eastern hemisphere, while American pop and British pop tend to hold the attention of Western populations when it comes to music and pop culture. What happens, then, when the two worlds – East and West – come together in one artist? CL is a female, Korean singer, rapper and songwriter from the internationally acclaimed girl group called 2NE1. She’s a K-Pop star through and through, known as ‘The Baddest Female’ in Korea. In the past few years, however, she has been noticed by some big names in the pop industry in North America, namely producer Diplo and manager Scooter Braun. Both of these big names have come together to help CL make her debut as a solo artist in the U.S., but is her style “too Eastern” to make it big in the West? So far the answer to that question has been no. 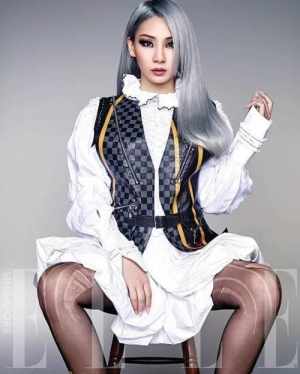 CL started her music career back in 2009 as the leader and main rapper of the four-member group 2NE1 under the hip hop label YG Entertainment. The group made record breaking slams as rookies in the industry, taking home prestigious awards in their first year as active artists such as Song of the Year and Rookie Group of the Year at the Mnet Asian Music Awards (MAMAs). Since then the group has been flooded with success, earning support from millions across the globe. The most recent album put out by the group entitled Crush gained international recognition, getting the 11th spot on the Billboard 100 top pop albums of 2014, marking the first ever K-Pop album to rank on the chart.

In 2013, CL began her career as a soloist. While still part of the group 2NE1, she put out her first single as a soloist entitled The Baddest Female. This track gained a lot of attention as it was very out of the norm for a female Korean artist to make such a bold image for herself. The song itself won multiple awards, including Best Stage Performance by a Female Solo Artist at the MAMAs and was also nominated for Song of the Year in 2013. This song along with the solo track she recorded for the Crush album entitled Mental Breakdown (MTBD) garnered a lot of attention overseas, making her appeal to people such as Diplo and Scooter Braun who began to work with her. Skrillex took an interest in her, writing a song entitled Dirty Vibe that featured both her and fellow YG artist G-Dragon, which helped introduce both artists to Western audiences.

Some other connections the singer and rapper had prior to starting her work in the U.S. are Will.I.Am and Jeremy Scott. Early on in 2NE1’s career the group was featured on two songs of Will.I.Am’s, including the song Gettin’ Dumb off his solo album. Ever since the artists have been supporting of each other, and Will.I.Am publicly reached out to CL asking her to feature on the reformation album for the Black Eyed Peas on Twitter in 2015. CL also has a very strong friendship with designer Jeremy Scott who owns the Moschino fashion company. The two first met in 2NE1’s early days for a photo shoot where the four members of the K-Pop group were wearing his designs and he posed with them for the shoot. Both have claimed that since the day they met they were close, they simply clicked. Jeremy has claimed CL as one of his muses, having been featured with her for a reality show in Korea that followed the 2NE1 members in their daily lives while preparing their new albums. The two have been very active together on social media, showing immense support for each other, and have also been featured together for magazine interviews as well where they have discussed their friendship. In 2015 Jeremy asked CL to be his ‘date’ for the VMAs which aided in giving her exposure to the Western public, and she was also featured in Jeremy Scott’s documentary movie.

What is also noteworthy is that in 2015 Time Magazine ran a poll on their website letting the public vote for the top 100 most influential people in the world, and for the majority of the voting period CL held the number one spot. At the very end of the pole she was just beat out by Vladimir Putin but still ranked second in the voting pole. Unfortunately, she wasn’t listed on the final top 100 list, however Time did write an article about her hold on the number one spot in their pole. CL has expressed her desire to change the stereotype that rests on Asian women from the demure, shy, quiet image to that of something more strong, fierce and independent. With an international following that ranks her number one for the most influential people in the world for so long, she just might be able to achieve her goals. 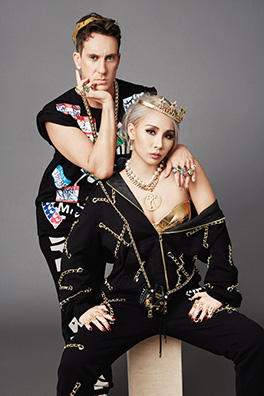 In 2015, it was announced that CL would be working with Diplo under the management of Scooter Braun – who also manages Justin Bieber and Ariana Grande – that she would be making her American Debut in the U.S. with an album recorded entirely in English. Ever since this announcement she has been hard at work recording her album but more notably trying to build a Western following. CL isn’t the first K-Pop star who has tried to breach the Western market. The most notable K-Pop idols to have tried to gain success in America are BoA, a female singer under SM Entertainment, and Se7en, who at the time was a male singer under YG Entertainment but has since moved on to make his own label in Korea. Both BoA and Se7en came directly from Korea to the states with a few recorded English songs, expecting to just show up and suddenly have a crowd. They jumped in too quickly with tours that ended up failing and salty CEOs that brought them back to Korea almost empty-handed. CL and her team have taken a different approach to debuting her in North America.

CL’s first song with Diplo entitled Dr. Pepper was released in 2015 with a music video. This song and video featured two artists; RiFF RAFF and OG Maco. The video on Mad Decent’s Youtube channel has 9.9 million views to date. The song was written by Diplo and CL collaboratively and was used as an ice breaker for the female artist to not only network with other artists but to also give her a shoe in for the Mad Decent Block Party tour. She was featured with other artists on this tour to help her gain more of a following in the U.S. which was successful in giving her more interest as a potential American artist.

CL spent a lot of her time in the states making appearances where she could such as the Ultra Music Festival in Miami and New York City’s fashion week. A slow build up of exposure was her strategy in getting the recognition she needed for a successful American debut. CL didn’t forget her Korean roots though; in late 2015 she released a Korean single entitled Hello Bi+ches which she performed at the 2015 MAMAs and was publicly praised by artist Lorde for the live stage on Twitter. The music video for the song on 2NE1’s official Youtube channel has 18 million views to date, the music video on CL’s new Youtube channel already at 2 million views. The music video showed off not only her singing and rapping skills, but also her dance skills as the video was titled as a dance performance video. The choreography was done by Parris Goebel, a notable choreographer in the industry, and the video also featured the ReQuest Dance Crew, a notable troupe of dancers.

With CL’s success as a soloist starting to grow and her presence in the Western world getting stronger she finally released her American debut single entitled Lifted on August 18th, 2016. The music video on her official Youtube channel gained 2.7 million views within the first day of being released; not bad for a debut single. The song includes interpolations from Method Man and has a laid-back summer vibe. The song is catching mixed reviews from her prior fans in Korea but is gaining positive feedback from newcomers just discovering her music. The question that is begged and has been begged since this project for CL has started, “is she too Eastern to appeal to the West?’ has yet to be fully answered, however it looks promising for the young artist.

Despite the success she has seen there is also criticism that has come with her attempts to make it big as a soloist. Her first solo song she debuted with in Korea received criticism on the international scale for Black Culture Appropriation seen in the music video with her attire and gestures. Her appearance at Ultra Music Festival also sparked some backlash in the Western audience with people calling her an Asian Iggy Azalea with derogatory undertones in the meaning. What CL does have going for her is that she is fluent in English with hardly any accent to speak of, and major connections with the right people to set her on the path for success. Can she make it? That’s up to the Western audience. Check out her video below and decide for yourself.

Posted on Sep 25, 2016 by
Shiah
Graduate Student at the University of Windsor studying English Literature and Creative Writing. Avid Gamer and lover of pop media in all forms.
Edited by Diego Santoyo, Tigey, Munjeera.
Follow