I step on the scales. The metal is cool and the ridges dig into my feet. The numbers on the screen increase rapidly, stutter and come to a halt. 80.3 kilograms. Three less than last month.

I sit beside an LCD monitor. A mouthpiece is handed to me. I suck air into my lungs and release as fast as I can. A graph plots my performance. Lung function is at 96% capacity. Two percent less than last month.

A swab is placed in my mouth. I huff and cough. Will the bug still be there from last month?

It is. A two week stay in a hospital ward is on the cards.

A life with cystic fibrosis is a life of caution and anxiety. Above is the protocol of a monthly check-up with the local consultant. For some, the two-week stay is a regular occurrence. It usually involves an intravenous drip fed through a long-line in the arm; frequenters have a permanent cannula positioned in the chest. Antibiotics are fed through the tube three times a day and daily visits from a physiotherapist consist of numerous breathing exercises of varying intensity.

Cystic fibrosis (CF) is a life-shortening, inherited disease caused by a recessive allele. 10,000 people in the UK suffer with the faulty gene. The movement of salt and water is affected in the body, resulting in the build-up of mucus in the lungs and the digestive and reproductive systems. Enzyme tablets allow the patient to digest food and put on weight. Regular antibiotics, inhalers and physiotherapy can help keep the lungs healthy. The chances of conceiving are virtually none.

We have a life-expectancy of thirty-five to forty years.

Being a somewhat outgoing and active person, to look at me you would not think I had the condition. On my better days, I feel like I can run for hours. On others, climbing the stairs is enough to hammer the fact home. At the back of my mind, I question how long my lungs will last.

I know one day, CF might claim my life. But the plan is to live to a hundred.

However, as CF is one of the most common genetic diseases in the world, the lack of public awareness is baffling. Though the condition’s depiction in the media is somewhat small, it has still carved out its own niche in the entertainment industry. Documentaries, films, TV. Many components of the pop culture spectrum have tackled CF at one time or another. How successful they were is another question entirely.

Here are some of the top few … 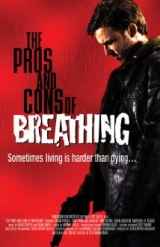 At twenty-five minutes, Bill Balas’s The Pros and Cons of Breathing is hardly an ordeal to sit through, though it packs as much force as a Scorsese gangster epic.

Having the same run-time as many sitcoms, any film fan would implore you to swap the studio-audience for a much more fulfilling experience.

The AFI-produced short film follows the story of Jude, a young CF patient who realizes that his life is coming to an end. He awaits a transplant that doesn’t seem to be coming and decides to risk what little time he has left on a high-risk robbery that may kill him before the disease does.

This is a gritty noir, with a beating black heart, that speaks volumes for young adults with the condition. Should we accept the inevitable and live life on the edge? Should we disregard the rules and do what we want because we don’t have what healthier people might have? While many of us decidedly stay on the safe side of the law, one cannot help but feel empathetic towards Jude. He understands he will die but wants to be the master of his fate. His moral choice may be questionable but is certainly identifiable and not beyond reason. Although you cannot agree personally, you respect the choice of action nonetheless. 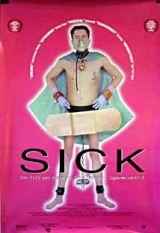 Diagnosed with CF at an early age, Flanagan pursued a career that pushed the boundaries of an already ailing body. You would think that knowing your life was threatened by illness would push you to take extra care. He saw differently. Whether it was the psychological pressure of the disease or something else, Flanagan delved deep into masochistic practices, inflicting torture upon himself in the name of art and entertainment. He died from his condition aged forty-three. This is his legacy.

The film is not for the squeamish or easily offended. Dick is unflinching and ruthless in his portrayal of Flanagan. During the more intense moments, he focuses the camera solely on the act and doesn’t stray until it is over. One scene has gained particular notoriety, showing the subject unerringly drive a nail through his penis and cracking jokes all the while.

Whereas you can sympathize with Jude in The Pros and Cons of Breathing, it is through sheer horror that you cannot do the same with Flanagan. His inflictions are brutal and walk a fine line between entertainment and straight gore, which is eventually erased (you cannot take your eyes off the screen, whether you enjoy it or not). Yet the film forces you to question what was happening in the man’s mind. Was his disregard for personal well-being brought on by CF? Was it a case of accepting the inevitability of death and seeing life as nothing but a cruel buffer? 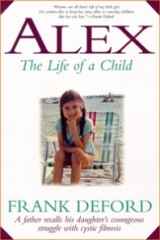 Somewhere between the first and second Poltergeist films, Craig T. Nelson made this gem of a TV movie. Never released on DVD, Alex: The Life of a Child proves that a film can be incredibly successful in what it wants to achieve, no matter how small it is.

Based on the book of the same name, the film tells the true story of the Deford family. Frank is a writer for Sports Illustrated who learns that his new baby daughter has CF. Shocked and terrified, he and his family show the same bravery that Alex shows herself; and the courage to cope after her death.

A terrible truth, many children born with CF in the 60s and 70s were expected to die a very early death. It is in such a truth that the film manages to thrive. Nelson, for all his film and television roles, has never been better as the struggling father. This is something Life of a Child captures elegantly. Though the eponymous Alex is suffering with CF, the lasting effects and strain the illness has on the victim’s loved ones is equally unbearable – often overlooked in other works.

Graceful and compelling. Heart-felt and harrowing. The film is undeterred in its portrayal of a family afflicted with the disease and, nearly thirty years later, is still the most accurate depiction of CF committed to celluloid. An underrated and under-praised piece of art, Alex: The Life of a Child is a frighteningly authentic and beautiful interpretation of the illness. 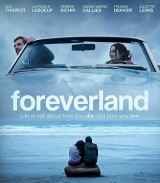 Foreverland is a film that slipped beneath the radar a couple of years ago, but is perhaps the one film that will truly connect with its CF viewers. A line in the film, ‘it doesn’t matter if you live to be thirty or three-hundred, everybody thinks life is too short’ is, quite simply, genius. You did read that correctly. Genius. The pure force and meaning behind it is impeccable to the CF patient’s psyche. We know we’re living with Death on our shoulder, but doesn’t everybody?. The entire human race knows they’re going to die. No-one can predict it and we’re always stunned when it happens. This one line shows that whether it is CF, cancer or even the common cold, you will never be ‘different’.

The film follows Will Rankin (Max Thieriot) a CF sufferer on a journey to a healing shrine in Mexico. He embarks on a road trip with the sister of a late friend (Thomas Dekker) to scatter his ashes, stipulated in his will. The adventure oversees the blossoming relationship between the two companions, but also the decline in Will’s health as the task begins to takes its toll.

Also starring Juliette Lewis and the Oscar-nominated Demián Bichir, Foreverland is the most personal of the films on this list and the easiest for CF patients to relate to.

Question how long you have left? Will does this.

Your faith in medicine wavers? Will experiences this.

Up all night with coughing fits? Will has these.

Whatever we endure in life, Will demonstrates to magnificent effect. Yes, some liberties are taken and there are a few factual inaccuracies. But the awareness this film has, regarding the internal and external struggle of a young man with CF, is astonishing. This could only be done, one feels, because Max McGuire (director) is a long-term sufferer.

Foreverland is an incredibly intimate story that deserves the top-spot on this list. A parable of love and friendship; the story of someone ‘who spent his whole life preparing to die, and forgot how to live’.

In short, though cinema’s contribution to the cause is miniscule in the grand scheme, to dig long and hard enough is to find the remarkable, bizarre, glorious and gracious things about living with cystic fibrosis.

And to all those out there brave enough to battle it, I simply say: Always smiling; always breathing.

Posted on Jun 5, 2013 by
Dale Barham
A self-proclaimed 'cinephile' who spends too much time obsessing over an out-of-control film collection, I am a lover of all things imaginative.
Follow

Leave a Reply to jayne b Cancel reply