Makoto Shinkai: The Master of Loneliness 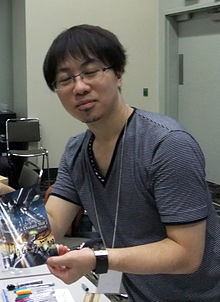 If you have any interest in anime, Makoto Shinkai is a name you may have heard of. If not, I am here to introduce something exciting to you! Makoto Shinkai, sometimes named “The Next Miyazaki” started his animation career in 1999 with the 5-minute short: She and Her Cat. Since then, he has slowly climbed the food chain of the Japanese animation industry – from short film to feature length productions.

I am here to count down my favorite Shinkai productions. No matter who you are, if you have even the slightest interest in animation or the drama/romance genre, these are a gold mine. His style includes eye-dropping visuals, lots of poetic narration, and themes of loneliness. Although there are occasional action scenes, these are an undercurrent compared to the ocean of emotion poured into his works.

5. The Place Promised in our Early Days 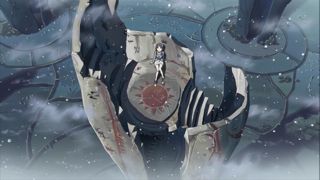 I believe this is easily the weakest of his works. The Place Promised in Our Early Days hit Japanese cinemas in 2004, and while the visuals and music are beautiful, 20 to 30 minutes of it could have been cut out. A lot of the narration is repeated, and the setup contains many unnecessary pans and stalling. Basically, the script needed to be shorter. For such a thin story, it didn’t need to be feature length. The amazing intensity of the trailer does not live up to reality. 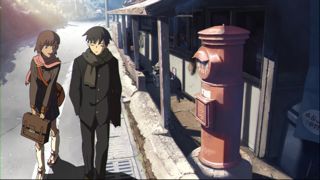 5 Centimeters per Second could be more accurately described as 3 short films combined into one feature length production. The first hour tells two different short stories, while the last half is a sort of music video, recapping the events of the previous two. Don’t let that put you off, though. Made 3 years after Place Promised in 2007, it also excels in the animation and music categories. The differences are: the script is tighter, and there is no element of science fiction. They are just bittersweet retrospective looks at relationships. You can see the trailer here. 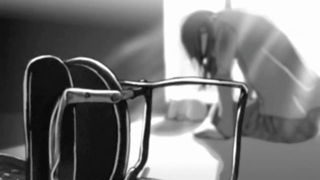 Despite being his first work in 1999, She and Her Cat comes in at number three. Even though the animation is the weakest of his productions, the artwork itself is very strong. The use of highly detailed stills and pans can be seen throughout. The whole movie is narrated from the perspective of a cat. Much like Makoto’s other work, it manages to invoke deep emotions even though it is only five minutes long. I have re-watched it many times, and it always gives me a strange cold feeling afterwards. I think it is well done for someone’s first experiment with animation. Since the short film is not for sale, it can only been seen as part of the Voices of a Distant Star DVD, or you can watch it here.

2. Voices of a Distant Star 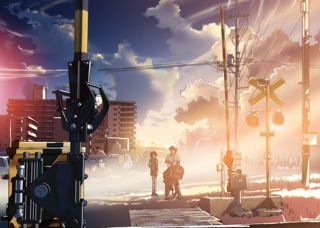 What makes Voices of a Distant Star famous is that it was made by one man with his mac. Watching it you can clearly see how much work has gone into each individual frame. This is Shinkai’s second short film (clocking in at 30 minutes). He originally did part of the voice acting along with his wife, before it was released to TV. It’s about a girl named Mikako, who is separated from her high school sweetheart when she is recruited to fight an Alien invasion. While the character designs are very square and rigid, the power of the writing and music sets it apart. The combination of theme, music and writing manages to evoke the right feelings no matter what age you are. I first watched it at 15; now I am 21 and I still feel the characters’ loss, just for different reasons.

1. Children Who Chase Lost Voices from Deep Below 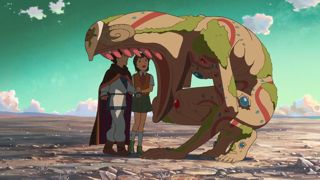 This is Shinkai’s most recent feature film, and was only released in Australian cinemas this year (2012). Compared to 5 Centimeters and Place Promised, this story actually manages to have enough content for its length. It is the least like Shinkai’s other movies, as well. The theme of loneliness is only briefly mentioned, while adventure/action takes the stage. Someone compared it to an anime version of Disney’s Atlantis, and this comment is not without merit. The film was renamed “Journey to Agartha” in the UK! The reason this is number one is because it appeals to a much wider audience with the mix of genres. Its only downfall would have to be the ending, which pulls an Arriety. It just ends without explaining anything, for no real reason.

So to conclude, stop being an animephobe for an hour or so to pull at your heartstrings in a way they will not have been tugged at before.

Posted on Nov 17, 2012 by
Jordan
I started writing about anime when I was 15 and it looked far worse than this. If you like my articles, check out my Goodreads to see what I'm reading.
Follow