The 3 Biggest Issues With the Xbox One

Now that Microsoft has announced their upcoming console, it’s time to take a look at the future of console gaming. Any time a new console is announced, the new features are either challenged or embraced, with most being challenged by the majority of gamers. In the coming months, Microsoft will continue to brief interested parties and leave less and less to speculation.

So far, a few of Xbox One’s new additions have caused anger in some factions of Xbox players. There’s always a chance that Microsoft will try to find a middle ground with consumers, so let’s hope this helps.

If you’ve owned an Xbox 360 since its release, you could own 8 years’ worth of games, possibly a hundred titles. Microsoft announced that there will be no backwards compatibility with the new console, meaning Xbox 360’s near 1,000 game collection will be worthless to the Xbox One. This could potentially lead to a drought in game sales as there will only be a few months, or even weeks, until the next generation consoles are out, depending on the game. 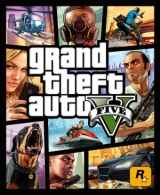 One high-profile game that releases before the Xbox One is Grand Theft Auto V, or GTA V. It is unknown if Grand Theft Auto V will be released on the Xbox One, or its gaming competitor the PlayStation 4. If announced, that could lead to fewer Xbox 360 game sales as most console gamers would likely wait the two or three months in order to buy a version with potentially better graphics. If GTA V is not released on the next generation of consoles, it faces having a limited console run as more and more gamers will potentially flock to the Xbox One and PlayStation 4. Games with less buzz than that of the Grand Theft Auto sequel run the risk of having even lower sales as history has shown that game sales can drop exponentially before and after the release of a next-generation console.

2. Requiring an internet connection every 24 hours

With the new Xbox comes the requirement that in order to play, it has to be connected to the internet once every 24 hours in order to gather updates and such. For most, this is simple, but there is still a niche of Xbox players that don’t have a steady internet connection and might never get one. To clarify, the requirement doesn’t appear to mean that the Xbox One needs to be used each day, as that seems preposterous.

One issue with this would be vacationing, more so bringing the Xbox One to your vacation destination. While hotel wi-fi has become more common, there are many locations that charge for internet use and some hotels don’t even offer it. It would be unfortunate for someone to bring their console with the hope of playing a game, or watching a movie with the consoles Blu-ray player, and finding out that their hotel or vacation home doesn’t provide wi-fi. The Xbox One is basically just an expensive rectangle then.

While the consequences of not logging in every 24 hours has not been completely specified, one can draw the conclusion that the console won’t work. It’s hard to defend forcing a console to update so often as computers, which serve as a gaming outlet for millions, don’t require an internet connection. While most computers are connected to the internet, a computer can run fine without receiving daily updates.

With the announcement of the Xbox One came the unfortunate news that Microsoft had found a way to deal with used games. Purchasers of used games will have to pay a fee in order to play their previously owned game, giving consumers a reason to opt towards a new game. This change will hurt, but not destroy, stores like GameStop, which make more used game sales than new game sales. Many argue that the targeting of used games is unjust as used CDs, DVDs and books face little to no targeting in terms of being blocked.

While this announcement hurts used games, it also hurts borrowing games and families with multiple consoles. Some families currently own more than one Xbox 360, which is made more common in households with two or more children. This would mean that a family would have to purchase the same single-player game multiple times, or pay more fees, despite having given Microsoft more money in terms of purchasing more consoles.

Another big issue with the fee is that many games are eventually discontinued or receive little production. The only viable option in this case is a used game purchase. Depending on the rarity of the game, the price can sometimes be hefty, meaning that an added fee could mean that the game gathers dust as it was not sold.

As time goes on, more information will be released, with the possibility that some of these issues will be addressed. Even if not addressed, the coming months will reveal more specifications that fans of gaming will either embrace or push away. No matter what, though, everyone can admit that the console wars will be fierce in the upcoming years. This is an exciting time for Xbox fans waiting for the next best thing. For others, there is still time to stay on the fence. Despite the appearance of negativity, there is still a high chance that the future of Xbox will blow people away in a positive way.

Posted on Jun 1, 2013 by
Austin Bender
I attend college in hopes to one day work in film or theater, but until then I write reviews on the subjects I love.
Follow