The Devil is so cute volume 1 Review: A fantastic collection of short and touching stories

The Devil is so cute volume 1 is a collection of short stories by Takako Shimura from 2004 to 2009. Whilst the title is categorized as josei and nearly all of the stories contain elements of romance, a wide range of genres is contained within the volume. These range from short stories commenting on the social difficulties mangakas and authors face, to fantasy and slice of life stories. The wide range of genres means that this title appeals to a wide range of audiences. Those who have had parental difficulties in the past will sympathize with The Devil is so cute’s Megumu, a boy who suffers a repressive father, and desperately wants to improve his relationship with him. On the other hand those who have suffered unrequited love will be able to sympathize with Unworthy Son’s Shinichi and My Summer Vacation’s Kayo, both of which face age distances between themselves and those who they have feelings for. 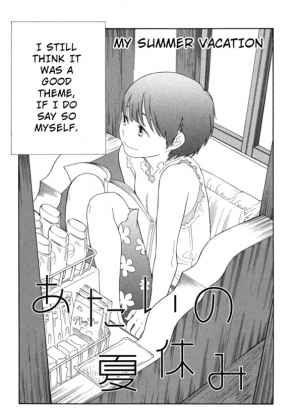 All of the collections stories contained characters whom I was able to empathize with and relate to. This is mainly due to the fact all of the protagonists suffer from problems which the majority of readers will have also suffered from in the past. Takako Shimura deals fantastically with life’s more awkward social problems, which aren’t often discussed in the medium – such as falling in love with an elder or having failed to meet societies expectations.

However The Devil is so cute is not a title which can only read once, it needs to be read and re-read. Both because of the powerful messages that are displayed, and also because of the fact that often events will often occur without explanation (this was especially true in The Devil is cute and That Lovely Girl). It became more and more evident as I moved from story to story that often events and occurrences were actually metaphors for other things (what these things are however needs to be decided by the general readership).

As with most Takako Shimura’s works, the artwork contained within The Devil is so cute volume 1 is spectacular. Styles vary and screen tone is masterfully used (as in Middle Schooler in which screen tone is used to portray what the two protagonists are imagining). 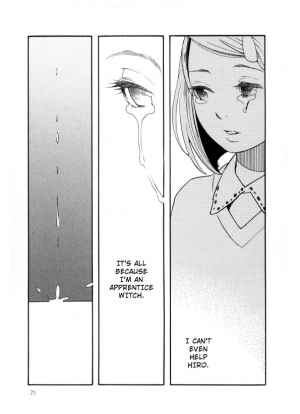 I also found it quite interesting to see how Shimura matured as an artist over the five years which this volume covers, as characters and settings slowly increase in detail, you can clearly see how much she has learned about proportion, perspective and sequential story telling.

Through publishing this book Jmanga has done fans of Wandering Son, Sweet Blue Flowers or Takako Shimura’s work in general a real service. I would strongly argue that this title is one of the best self-contained titles currently available on the streaming service. All of the stories are touching and relatable, and artwork is spectacular. For fans of slice of life and shojo, this is a must buy.

The Devil is so cute volume 1 is available now for 499 points on jmanga.com

Posted on Dec 11, 2012 by
WillStocks
I really enjoy animation, manga and games. As well as writing articles I write plays and draw frequently. Follow me @stocksatron
Follow