Despite the fact that the winter season tends to be quite a weak one in comparison to the summer or autumn one, this year there have been four shows which have stood out to me and have been (so far) worth while and enjoyable. Therefor without further ado lets start with the first of my four recommendations: 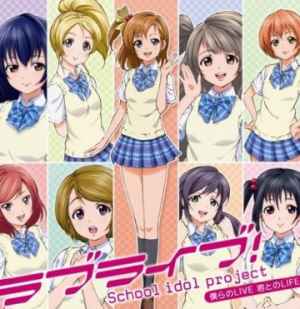 When it is announced that in three years time Otonokizaka high school is going to close down due to the lack of prospective students, Honoka and her friends can’t help but feel sorry for the first years who in two years are going to be in the only class in the school. To prevent such a catastrophe from occurring, Honoka starts looking at other schools and tries to discover what makes them so popular. Besides the state of the art technology and facilities there’s one obvious thing that draws pupils to these schools like a magnet – idol groups. Quickly the idea of creating a school idol club begins to hatch in Honoka’s mind, however her friends and the school council couldn’t be less keen about the idea of creating such a club. Will Honoka manage to save the school in the end?

Without doubt the highlight of Love Live! is the point in which Honoka suddenly breaks into song and starts dancing in the middle of the road in front of traffic towards the end of the first episode. Whilst the first two episodes do seem slightly weak in terms of animation, overall I found it an interesting watch. The vocaloid like 3D animation is slightly off putting in places, and I found that it didn’t suit the general feel and art style of the show (just as AKB0048’s often doesn’t). As a J-pop lover however I found that the show’s soundtrack made it worth watching. Whilst there were not too many catchy tunes in this first or second episode, there is a strong possibility that subsequent episodes will provide some. The story is also not to be taken too seriously (it’s very melodramatic in places), but it flows well and I found the fact that the girls want to become idols in order to save their school, rather than for the sake of becoming famous, quite pleasing. One of the main draws in Love Live!, besides the music, is arguably the humor – it’s very similar to that of K-on! and is genuinely funny in places. Overall I have strong faith that in subsequent episodes, Love Live! will come together in terms of character progression, humor and (hopefully) animation. 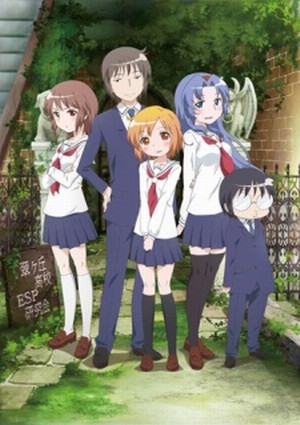 Because of Kotoura’s ESP abilities she has never had a friend or a loving family. Throughout her life she has been shunned and mistreated by nearly everyone she’s met, however everything changes when she transfers to a new high school and meets the perverted Yoshihisa Manabe who promises to stay by her side and be her friend.

Kotoura-San was one of the biggest surprises of the season for me. From looking at the list of upcoming releases I immediately dismissed this show as a cheap harem comedy (I have no idea why), however I couldn’t have been more wrong. Kotoura-San will genuinely make you laugh and cry. The first ten minutes of the show is one of the saddest sequences I’ve seen in a while. Watching how Kotoura’s life slowly deteriorated and continued to worsen over time made my heart ache. However the following ten minutes, while being just as touching, are hilarious. Yoshihisa – while perverted – is hysterical, whilst at times he appears to be an archetypally pervy character, there is has real depth to his character and hopefully there will be more development for him on the way in subsequent episodes. At the beginning of the second episode, the anime appears to have deteriorated into a cheap comedy, but the drama in the second act concerning Yoshihisa’s previous love engagements shows that the director has no intention to drop the emphasis on the casts’ heart breaking backstories. However I would watch this series with caution just in case it slowly deteriorates into a harem like I originally believed it would… 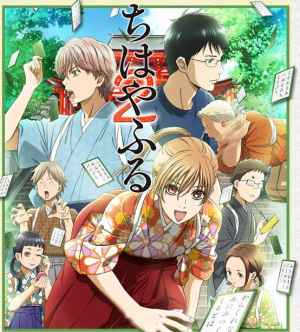 As the new school year begins, Chihaya is faced with the challenge of recruiting five new members to the Karuta club, however in the event in which she fails, the club room risks being moved to a much noisier location – which could seriously disrupt practice. Whilst Chihaya and Taichi manage to attract lots of new prospective members with their good looks, the complexity of the sport quickly puts many of the freshmen off after the first club meeting of the year. With the ever-decreasing interest being expressed from the first years the prospect of saving the club is slowly dwindling, what will Chihaya do to save the club?

Chihayafuru 2 has been the highlight of the season so far for me. Towards the end of the last season I was starting to feel that there was an imbalance between the amount of focus on the game and the focus on the characters themselves, this slightly saddened me because it was this balance between the two elements which had made this anime so special for me in the first place. Thankfully it seems that this new crisis which has been introduced into the equation has allowed: the potential for greater character development, a new understanding of the game and a great reduction in repetitivity. The new characters Sumire Hanano and Akihiro Tsukuba, which have been introduced in this season seem to be dramatically different from the rest of the cast in terms of both motivation and personality – so it appears that there is great potential for drama later on in the series. The second episode was incredibly strong with a great amount of character progression and emphasis on the character of Sumire. There is a strong suggestion that this season is going to have a greater emotional impact and more of a focus on the importance of unity than the previous season. If you haven’t watched the first season of Chihayafuru yet, open up a new tab on your browser and watch it on crunchyroll now! 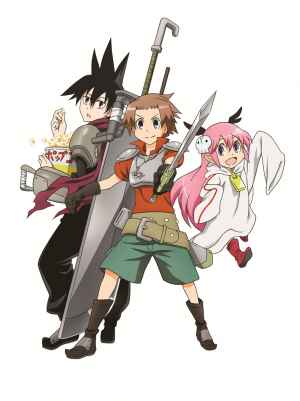 As the return of the demon king Rukimedesu is portended, the king sends forth the 75 descendants of the great hero to save the day. Senyu follows the journey of hero number 45 – Aruba and the sadistic palace warrior Rosu. However it quickly becomes apparent that Aruba does not hold any of the traits necessary to defeat any form of evil, and it only takes a short period of time to realize that Rosu is equally useless, as despite possessing ‘mage powers’, he prefers sit back and watch his companion become mutilated by whatever enemy comes near.

Senyu is very much a satire on the new MMO anime genre which has recently become popularized through Sword Art Online and Ixion Saga DT. The animation is reasonably good for a series of shorts, and without doubt this is one of the best shorts series this season. As of this moment though, due to the length of each episode there isn’t much more to say.

What are you’re favourite animes of this season? Unfortunately, I could not cover Tamako Market or Mauyo as they are not available in my region yet.

Posted on Jan 19, 2013 by
WillStocks
I really enjoy animation, manga and games. As well as writing articles I write plays and draw frequently. Follow me @stocksatron
Follow