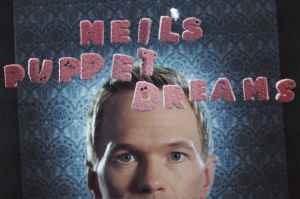 In 2008 Neil Patrick Harris did a comical miniseries Dr. Horrible’s Sing-Along Blog together with Nathan Fillion and the Whedon brothers exclusively for the Internet. Now he is working together with Nerdist Channel to yet again make your Web experience a lot funnier. The web series in question, that regularly airs on Tuesdays, is called Neil’s Puppet Dreams and so far has featured 3 episodes with the first one titled as Behind the Scenes to give you an idea what the show is all about. The plot of the series seems to be a mix of actual reality and fiction, it features an element where Neil plays himself but has this serious condition where he dreams exclusively in puppet. Trust me, it is as crazy as it sounds but it does make you laugh through the irony, sarcasm and the metaphorical jokes which are not afraid to go the extra mile. It seems to be especially suitable for those nerdy types who would understand the subtle references to shows and the overall Internet era. But it also captures the puppets and their spirit and they seem to have great chemistry with Harris, who himself has stated that he is thrilled to be work with puppets.

What probably makes the web series stand out is the fact that it does not limit itself to one style in particular, with the first episode Neil’s Puppet Dreams allowed itself to play out a documentary style, the second episode The Lullaby, with David Burtka, resembles a music video and the latest episode, Doctor’s Office featuring Nathan Fillion, is more like a comedy sketch. With that in mind, it is hard to say where the web series is going to take us but in the meanwhile, the story certainly has the opportunity to surprise the viewers. Plus, the list of supporting actors and the seven amazing puppets are also a great way to appeal to a larger audience, not to mention the always likable Neil Patrick Harris himself.

Posted on Dec 5, 2012 by
Getter Trumsi
Student by day and a movie-blogger by night, I love to watch movies and TV-shows but not as much as I love writing about them.
Follow

YouTube Japanese Cookery for the Obscure and Adventurous
The Cultural Return to Paris
The Impact of the Princess Rap Battle
Critic vs. Chick: Who Does Nostalgia Better?
On Cancel Culture
Celebrity & Pandemic: Is Celebrity Culture Dying?
An Analysis of “Spilling the Tea” on YouTube