Top 5 Anime Composers That You Should Listen To

Movie and classical music buffs alike love a great musical score – John Williams with Star Wars and Howard Shore with the Lord of the Rings films are just two names big enough to make music fans squeal with glee. If I was to write about all of them, it would be near impossible. While movies may be the first association you make with the two magical words ‘musical score’ (theatre close second), what about the anime scene? Many are unaware that scores for Japanese animation is taken just as seriously as film (at the best of times, anyway). Here are 5 anime composers that are incredibly underrated and deserve more attention.

This man is one of the youngest out there in composition (born 1970), and the most popular soundtracks he has been part of is X TV (2000), Eureka Seven (2005), although he has also collaborated for the End of Evangelion (1997) team. He won an award for “Best Music” for the film “Always: Sunset on Third Street“. To get a taste of his greatness, some standout tracks include “Sadame” and “Distant Memory“, just to name a few.

Shirakawa Atsushi, more commonly known as “Tenmon” was born in 1971 and originally composed music for Falcom games. Meeting Makoto Shinkai in a visual novel game company lead to various collaborations like the beautiful melodies for Shinkai’s works of She and her Cat (1999). Tenmon’s music initially utilized the piano, although as Shinkai’s works got more exposure, more instruments have been added to the ensemble. Standout tracks include: Distant Everyday Memories and Sayuri’s Melody. 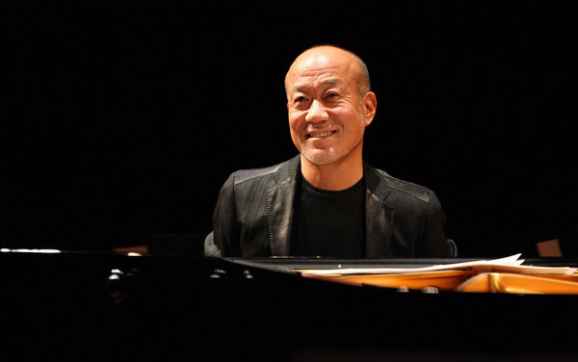 If you do not recognize Hisaishi then it is very likely that you have been living under a rock. Formally known as Mamoru Fujisawa (born 1950), Mr. Hisaishi has composed and directed hundreds of musical scores. He is most famous for his work with Hayao Miyazaki (Princess Mononoke (1997), Spirited Away (2001) and Howl’s Moving Castle (2004)), but has contributed to many Japanese live-action films as well. His melodies are rich in both instruments and emotion. Even though there are thousands of great pieces by him, I would like to highlight: “Howl’s Moving Castle: Main Theme” and “Princess Mononoke: Main Theme“.

Yoko Kanno (born 1961) is a big name for the Japanese media industry in general. She has lent her talent to anime TV shows, movies, live action shows, video games, song writers (notably Maaya Sakamoto) and commercials. I can not give justice to her in just a paragraph or so – some of her famous soundtracks include: Escaflowne (1996), Cowboy Beebop (1998), Wolf’s Rain (2003), Ghost in a Shell: Stand Alone Complex (2002) and CardCaptor Sakura: The Movie (1999). A nice preview of her work includes: “Sora” and “Dance of Curse“. She is worth taking a further look at, if only to marvel over the sheer volume of work.

Despite being a big fan of all the previously mentioned composers (and many more that could not make the list), Yuki Kajiura (born 1965) remains my favorite. Her style is very dark and always beautiful, it gives the feeling of Howard Shore’s work on the Lord of the Rings. She is a music composer, producer and has composed soundtracks to a few video games, and an ever growing list of anime (Madlax (2004), Noir (2001), Tsubasa Chronicles (2005)…). She has also worked together with Toshihiko Sahashi on the Gundam Seed soundtracks. Since 1992, Miss Kajiura provided back up vocals and music for the J-pop music group See-Saw. Some great tracks by her include: “A Song of Storm and Fire” and “Galza“, but like the others, this is skimming the surface of her mountain of amazing work.

I hope this has inspired you to think twice about anime, or at least the music it can contain, and check out more from these wonderful composers.

Posted on Dec 25, 2012 by
Jordan
I started writing about anime when I was 15 and it looked far worse than this. If you like my articles, check out my Goodreads to see what I'm reading.
Follow