Web Videos For The Win

The trajectories of media convergence are an important dynamic where industries, media technologies and audiences connect. Convergence is the interconnection of information and technologies, which allows this relationship to exist. This is from the dynamic of shared content, channels and the flow between them. YouTube is a media platform that demonstrates the presence of convergence and its influence on the connection of the media technology and global audiences. The emergence of YouTube in the contemporary dialogic media sphere embodies the engagement of creating, sharing and consuming online in the 21st century. YouTube has empowered today’s understanding of user participation, collective intelligence, citizen journalism and copyright. It is through these areas that we can see the role of convergence and its effect on the relationship between YouTube and its users. This ultimately lends itself to the dynamic relationship of media technologies and audiences.

Media writer and critic Jay Rosen referred to “the people formerly known as the audience” as the proactive consumers of today. This notes the shift from passive audiences to involved participants of online culture. YouTube is a global video-sharing site that demonstrates a transposable role of the consumer and the prosumer (proactive consumer). After YouTube’s official launch in 2005, it has grown to reach the third most powerful media platform for posting, sharing and interacting, behind Google and Facebook. YouTube has over 60 hours of new video content uploaded every minute and hits 4 billion video views per day. The 21st century has exposed a growth of the online presence and the developing position of the audience as prosumers in the mainstream media landscape. I believe this pinpoints the way in which the rapid growth of convergent media platforms such as YouTube heighten the interaction between the user and the message that is being conveyed. This is due to the culture of user generated content. Ultimately this demonstrates the effect of convergence on the media technology of YouTube and its audience.

Marshall McLuhan’s concept from 1964 where ‘the medium is the message’ illustrates the relationship in the way that the audience and the media platform are closely connected. McLuhan was a Canadian philosopher and theorist in communications and media. He developed ideas that were renowned for their forward thinking in culture, technology and the correlation between them. In his book Understanding Media: The Extensions of Man, McLuhan allows us to understand that the media platform is embedded in the message. This idea of interaction then creates a mutual association by which the medium has an effect on how the audience perceives and understands the message. As an avid user of YouTube, I believe this is a valid point illustrating that the media platform is aligned with the message. This ultimately affects the way users interact with the medium. I understand how McLuhan’s concept is applied to YouTube as a media technology; explaining how the message is “the change of scale or pace or pattern” that the media platform “introduces into human affairs”. He specifies that it’s not merely the content, but the influence of the platform on its users and their attitudes in society. 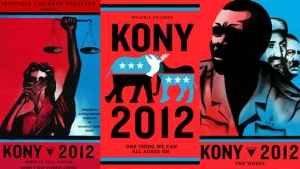 YouTube not only allows us to watch entertaining cat videos or Gangnam Style but has content to inform, influence and educate. Last year, the infamous Kony 2012 video was uploaded by Jason Russell of Invisible Children. This issue had been around for decades, however the video sparked a worldwide phenomenon. It brought political injustices and human rights in Africa to a global forefront. YouTube was the media technology hosting this video, which currently stands at over 97 826 400 views. Journalist David Goodman analysed online distribution and social media-based activism in regards to this video in The New York Times on March 8th. The article marked YouTube’s broadcasting power as a “testament to the explosive power of social media”. This video has been the catalyst behind activist groups, social movements, media discussion and global sharing. It can be seen that YouTube has the potential to revolutionise the way we learn and affect the relationship of media platforms and audiences. From this notion, concepts of collective intelligence, user participation and citizen journalism are present.

User participation and collective intelligence are key to Youtube’s philosophy, which demonstrates the relationship between media technologies and audiences. Broadcast Yourself is YouTube’s tagline. This introduces an accessible stage for any owner of a computer with a webcam to upload, interact and aggregate information. YouTube provides a media platform for citizen journalism in sharing content of opinion and perspectives with global audiences. Content distribution is instantaneous, allowing greater immediacy, access and participation for YouTube’s registered users. Our sense of active online communities is the result of ubiquitous connectivity. This causes users to continually update, document, upload, share and converse in our online playground. Therefore, audience empowerment as online identities through this media platform is given new heights.

The role of the smart phone has revolutionised the ability to record events as they happen and instantly broadcast them to YouTube. A new realm of documentation is formed through citizen journalism on YouTube as the public is provided with an outlet to express and give insight. The US World Trade Centre attacks (2001) and London Bombings (2005) have been largely significant events of this era. Public citizens uploaded YouTube videos who had witnessed or experienced these events. This form of journalism delivered news of affected areas, detailed images of the damage and provided international awareness of the event’s intensity at the time of the event. YouTube enabled users to share these videos with the online sphere within several minutes, allowing the public to be educated and informed on global human experience. This notion shows that media consumption has moved away from being a read-only activity to becoming a read-and-DIY activity. Without the vital role of YouTube’s user generated content and citizen journalism to gather information on news and events, broadcasters would not have near as many extensive sources to draw conclusions from. The dynamics of convergent platforms such as YouTube have a powerful impact on the relationship with the user. This ultimately illustrates the effective and influential relationship between this media technology and its audiences.

YouTube creates communities for civic engagement, discussion and feedback with no cost of entry. This creates the concept of collective intelligence. The concept that nobody knows everything but everyone knows something, supports the notion of online sharing to understand things greater than one individual can produce. YouTube harnesses collective intelligence by allowing users to comment, like and dislike videos (through their thumbs up or thumbs down system). We also have the ability to share content across other social networking sites including Facebook and Twitter. This convergence of content across media platforms allows users to add value to YouTube in building an archive of user generated content. This strengthens the relationship of media technologies and audiences as the platform gives reign to its users. This freedom of content isn’t one-way transmission like past media consumption, but a transactional conversation between parties. Contemporary media platforms like YouTube elicit a new balance of power between the media technology and its users.

YouTube’s far reaching broadcast elicits influence on political, cultural and social consequences. YouTube hosts significant sources by human rights activists, terrorists and US soldiers in Iraq. ‘The YouTube effect’ was a phrase used by scholar Moises Naim in 2007. Moises Naim is a Venezuelan journalist known for his commentary on politics and globalisation. Parallel to ‘the CNN effect’, Naim explained the rapidly disseminated information available on YouTube. Naim argued that this causes prevalent issues including propaganda and corruption. This was demonstrated when a video surfaced of Chinese soldiers shooting Tibetan refugees in the Himalayas. The video sparked worldwide attention due to ‘the YouTube effect’ concerning corruption and human rights issues of the Chinese Government. This act of citizen journalism captured from the phone of a mountaineer embodies the public’s role in influencing political truths. Naim points out that we are assisted by technology such as YouTube that is as omnipresent as we all are. This illustrates an extensive strength between audiences and media technologies.

Convergence of YouTube, its content and audiences further influence social and cultural consequences. Marketing power and economic gain are contemporary bi-products of YouTube and its global social networks. YouTube played a role in the modern industry transition of Korean popular music into mainstream Western society. It is through YouTube’s availability and accessibility that Korean pop music markets have reached Europe, Peru and Indonesia. This highlights YouTube’s contribution to Korea’s entertainment industry market and economic explosion.

YouTube is also the heart of contemporary issues in its user empowerment and participatory culture. These include the issue of filesharing, music sampling and remix culture. These areas heighten the relationship of media technologies and audiences as YouTube users utilise the platform to derive digital samples for remixing and to also distribute the creation via YouTube; hence a creative cycle. Produsage is a term that describes the collaborative and continual build of existing content in the pursuit its further improvement. Though based on creativity and community, this YouTube movement is posing questions of ownership, plagiarism and copyright. 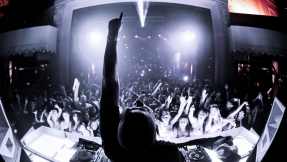 Whilst empowering communal sharing through a generative ideology, YouTube subsequently has elements of a closed platform in terms of its highly restrictive new copyright laws and control. Recent battles between YouTube and distributor Viacom ignited, as YouTube did not remove copyrighted content of movie and TV show clips. YouTube did not qualify for Digital Millennium Copyright Act protection and this debate was reported by many news outlets. This debate circulated and often had claims that outlined legitimate service providers, like Viacom, must be distinguished from those that build their businesses on infringement, apparently like YouTube. This copyright debate demonstrates the congruence of audiences and media technologies. YouTube aggregates content uploaded by its users, and moderation needs be harnessed and maintained by the medium. This is to restrict its content to avoid modern copyright breaches in this age of claiming ownership and control of content online.

Online participants are powerful tools in producing content, distributing information and creating networks. The convergence of user roles, open platforms and freedom of content flow in terms of YouTube has its own realm of positive attributes, issues and debates for future use. It is through concepts of user participation, collective intelligence, citizen journalism and copyright that the dynamic relationship between media technologies and audiences can be seen.

Posted on Jul 20, 2013 by
Michelle Webb
Studying Journalism, Marketing & Advertising at University of Wollongong, Australia. I have a major passion for writing about film, music, popular culture and people.
Follow

YouTube Japanese Cookery for the Obscure and Adventurous
The Impact of the Princess Rap Battle
Critic vs. Chick: Who Does Nostalgia Better?
On Cancel Culture
Celebrity & Pandemic: Is Celebrity Culture Dying?
An Analysis of “Spilling the Tea” on YouTube
Different forms of product placement in mass media