Why Breaking Bad has Been a Success so far

At last it is upon us. The final season of Breaking Bad will soon begin and we will have to say goodbye to our favourite chemistry teacher/crystal meth cook and it is with this impending farewell that we now have the opportunity to look back on what has been an incredible series so far. With its unique characters and daring storylines, Breaking Bad has become one of the most successful shows on our screens today and while it is indeed sad that it will end soon, we can take away a lot of great memories from a great television show. 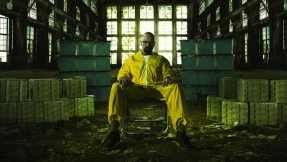 In the very first episode we were engaged with the story having been made aware of the fact that the main character, Walter White, who is played by Bryan Cranston, had been diagnosed with cancer. Shorty after this revelation, Walter reveals that he intends to become a crystal meth cook and so seeks out the help of a former student of his named Jesse Pinkman who is played by Aaron Paul. In this same episode however, Jesse Pinkman gets into trouble with two dangerous dealers that insist on seeing the lab where Jesse and Walt have cooked the crystal meth. While Walter seemed like a desperate man simply trying to earn money for his family, we are given an indication quite early on that there is a much more sinister side to him when he decides to poison the two drug dealers in order to save himself and Jesse in the first episode.

Even from this very first episode, the audience becomes hooked, wondering what Walter will do next and whether or not his family will ever find out. The very fact that Walter’s family has no idea what is happening is one of the most exciting aspects of the entire show. While they actually feel sympathy for him due to the fact that he will likely die soon, they are oblivious to the fact that he is not only a magnificent crystal meth cook, but also a murderer who is willing to do whatever it takes to keep his secret. The instances in which he is almost discovered throughout the first two seasons, for example the infamous ‘two cell phones’ story line made for intense television that kept us on the edge of our seats. By having his escapades kept a secret, the writers allow for the audience to constantly question everything, such as will his wife leave him? Will he stop what he is doing? Or what is probably the most important question, Will they turn him into the police?

Another aspect of Breaking Bad that makes it so enthralling is the evolution of Walter White. There is no doubt that throughout the series, no matter what he has done, the audience still roots for him. While in the beginning it is much easier to support Walter due to his need to protect his family, as the series continues, it does become more difficult to feel sorry for a man that is willing to kill people in order to keep his own life. Having said this however, we do still support him and it is the terrible crimes that he carries out that make for a more exciting show.

Although Walter continues to eliminate people, the people that he eliminates are always bad people. They are people that cook or sell drugs for a living, or kill innocent people for their own gain and it is this very fact that allows for us to continue to support Walter throughout the show. One very important moment in the evolution of Walter White is the instance whereby he witnesses the death of Jane who is Jesse’s heroine addicted girlfriend and does nothing to stop it. It is at this point where we see Walter in a more sinister and merciless light and it is at this point where he begins to look like more of a villain than a hero. From this point on, his crimes become more severe and it becomes apparent that he is feeling less and less guilty as time goes on and because of this, we as an audience know that the show can go anywhere which keeps us tuning in week after week. 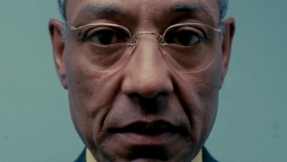 While for many people, Walter is a huge part of the shows success, I think it would be unfair not to attribute some of this ever increasing success to the other colorful characters that keep the show exciting. In the beginning, many of the villains that are introduced to us are typical, unappealing, violent drug dealers however as the series continues, the quality of the villain gets better and better. The main example of a high quality villain comes in the form of Gus Fring, played by Giancarlo Esposito. Gus is one of the most prominent methamphetamine distributors in southwestern United States who decides to employ Walter as a cook as he knows that his is the best quality crystal meth on the market and so wants it himself.

Having offered Walter an obscene amount of money that no one could refuse, he reluctantly agrees, on the condition that Jesse can assist him in the cooking process. Gus is so interesting because unlike other typical drug dealers and distributors, he comes across as a very intelligent, well put together, charismatic businessman while underneath the surface, is actually a cruel criminal that will kill anyone and do anything in order to protect himself and his business. It is only when Walter begins to question Gus’s authority and starts rebelling against his employer that we really see this cruel side to Gus emerging. His robotic-like facial expressions accompanied with his clear lack of remorse for anything that he does makes the audience feel uncomfortable yet intrigued at the same time and much like Walter, we are constantly being surprised at what he will do next. 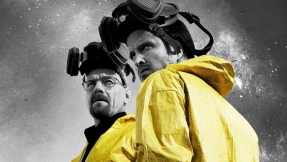 While there is a lot of ‘Bad’ in the show, there is still some ‘good’ and this goodness can be seen in the young Jesse Pinkman. While Jesse starts off as an irritating, often moody young man with an addiction to drugs and a bleak outlook on life, he later reveals himself to be the only person involved in the business with real regret and remorse over the crimes that have taken place. It becomes clear as the series goes on also, that Jesse regrets even getting involved with Walter in the first place and because of this we tend to feel sorry for him.

If it weren’t for Walter’s influence over him, he never would have gone through the heartbreak of Jane’s death, nor would he have been forced to kill an innocent man like Gale. While the show is about ‘breaking bad’ there needs to be a character that represents hope and we can find this in Jesse Pinkman. While most will still support Walter until the very end, he is not perhaps deserved of forgiveness as there does not seem to be a way back from the evil he has done. Jesse however, with his evident remorse, shows signs that he can come out of the whole ordeal and change his life around.

Tension and excitement are two great elements for a television drama and Breaking Bad has these in abundance. One aspect of the plot that helps to develop these elements is the fact that the danger of getting caught is always present due to the fact that Walt’s brother-in-law is a member of the DEA. Hank Schrader, played by Dean Norris plays a huge role in the show as he is always so close to the crime and with each episode, it seems as though Hank gets closer and closer to revealing Walt for who he is and ending his run once and for all. 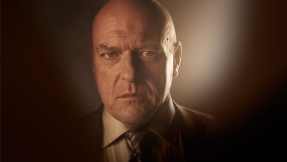 What makes the relationship between Hank and his brother-in-law so exciting however is the fact that he believes Walt not only to be innocent, but he also believes that Walt is the least likely person in the whole world to be able to carry out these crimes. He is unaware that in fact with every step Hank takes to discovering the identity of ‘Heisenberg’ Walt always ensures that he is one step ahead. If I am to discuss the influence Hank has in the success of the show, I will need to look at the season five finale (or 5 and a half, which ever way you want to look at it.) In this episode, the final scene sees Hank, on the toilet reading a book that Gale gave to Walter with a surprise inside that leads to his realization that is is in fact Walter who is the genius crystal meth cook that he has been looking for.

As we approach the end of our beloved Breaking Bad I think it would be a good idea if we were to look at these elements a long with the many others that make the show such a success and while it is sad to say goodbye, we must hold onto what has been an incredible series so far and get excited for the conclusion. If the final episodes have the same excitement and tension as the first four and a half seasons have had then I am sure we will not be too disappointed when the end finally arrives.

Posted on Jul 30, 2013 by
Catherine Sweeney
I'm Catherine and my all time love is reading with film coming in at a close second. My favourite films and books range from romance to action to fantasy.
Follow