Top 10 anime opening credit lists are abundant over the internet. Most of them focus on the appeal of the visuals and music, and try to come to a happy medium. For today I would like to focus specifically on anime openings with great visuals, to show off how wonderful these openings can look. As a result, a lot of nostalgia or simply famous “great openings” may not be listed here. For those wondering, I am rating these judged on the quality of the animation (quantity and fluidity) and unique style. Because of the insane volume of openings, I have divided them into genres, along with runner ups, and these are in no particular order.

The song is sung by Kinya Kotani and the show is based off the CLAMP manga by the same name. This is the first opening. I love how fluid and colorful the animation is, it also displays the wonderful artwork of CLAMP with the stills. You can watch the opening here. The runner up for this category was Rozen Maiden (2004), for it’s distinct gothic artwork and coloring.

This song is sung by BoA, not the Kpop queen but a UK group. This is a popular anime from the 90’s and this opening is pretty famous and commemorated for it’s visual style (dull colors and cyberpunk visuals), awesome song, not to mention the fluid animation. The runner up for this section is Season 2 of Ghost in a Shell: Stand Alone Complex (2003), with special mention to Neon Genesis Evangelion (1995).

The song is by Round Table (feat Nino). This opening receives the top spot simply for the bright colors, creativity and fluidity. The runner up for romantic comedy is Toradora (2008), which takes this spot for similar reasons.

This anime focuses on planes and the steampunk theme, so it isn’t giant robots by any standard. However, the visuals for this opening are amazing and hypnotizing. The song is by Okino Shuntaro. Runner ups in this category are Gurren Laggan (2007) and PlanetES (2003).

This opening had multiple different songs put to the visuals – the one I am linking you to is “Falling Down” by Oasis. The colors and patterns are amazing – this is easily one of my personal favorite recent openings. The runner up here is Steins:Gate (2011). 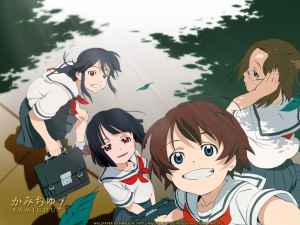 You could put any Kyoto Animation title in this category, however for the sake of this list I decided to limit my KyoAni nominations to just one. Kamichu’s opening song is by Maho Tomita. I love how fluid the animation is, it’s cute and shows basic day to day life activities. The mega cute runner up is from Usagi Drop (2011).

GTO is a well-known comedy-drama, which has been remade in various capacities. The song is by Arc-en-Ciel and this opening takes the spot for it’s uniqueness (it’s all in black and white), with fluid animation. Some grim runner ups for dramas include: Monster (2004) and Wolf’s Rain (2003). 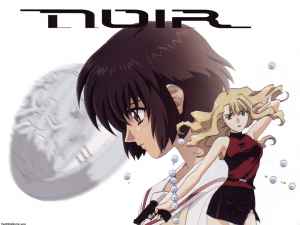 I was not sure what to call this category, but I hope the title suffices. The coloring and creativity of this opening sets it apart from others. The song is by the Ali Project. Runner ups that copy this James Bond-esque style are pop culture hits Cowboy Bebop (1998) and Baccano! (2007). 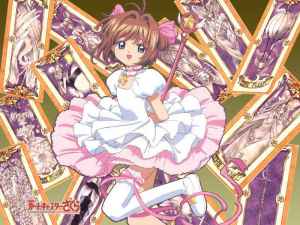 CLAMP’s great costume artwork and vibrant colors shine in the first opening of CardCaptor Sakura (not Cardcaptors). The song is by Gumi. Our runner up is none other than Puella Magi Madoka Magica (2011).

Yes, I left my Kyoto Animation spot for the first season of Melancholy of Haruhi Suzumiya. The opening song is sung by Aya Hirano. Kyoto Animation is great at showing style, almost 3D looking characters, with fluid animation and great colors. Runner up is High School of the Dead (2010).

Posted on Dec 26, 2012 by
Jordan
I started writing about anime when I was 15 and it looked far worse than this. If you like my articles, check out my Goodreads to see what I'm reading.
Follow