Are You Scared? – The 5 Horror Novels That Will Keep You Up At Night

Horror fiction has taken many forms over the years by numerous authors. It can be daunting at times to keep up with it all. But through all of the good and the bad and the ugly a gem shines through. A horror experience that gets us at our core and never lets go. A book that you are so moved and affected by that you go back to it again and again. The following are the top five horror novels that keep me up at night. The ones that resonate still to this day and are as good as now as they ever were. If I were trapped on a desert island these would be the books that I would have with me. You know, if I got to choose that sort of thing…

5. The Ruins by Scott Smith 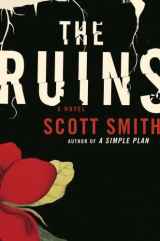 I have never been hiking or camping in the Mexican jungle but after reading this book I never want to. I picked up this book after seeing the movie trailers and could not put it down. Scott Smith gives us a very real atmosphere with some equally believable characters. The vines become a character in themselves. They are not just plant life surrounding them but a benevolent entity with the devilish goal of keeping them in the ruins. Before long the vines begin to get under their skin and the story is doing the same to me. I think I involuntarily itched more than once while reading it. The movie did not do this book justice. The vines are creepy as anything I have read and you feel attached to each and every one of the humans trying to survive. Keep a light on and one eye on that ficus next to you.

4. The Exorcist by William Peter Blatty 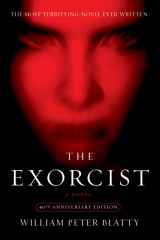 The Exorcist has been scaring people since 1971 and for good reason. This book is thick with atmosphere and mood. Maybe even more so than the movie, the book makes you uneasy in the early scenes with Father Merrin uncovering the statue. Then it puts you at ease when you meet Regan and makes you sad when you meet Father Karras. Once the demon makes itself known and the book begins rolling towards its climax it’s not just adrenaline you feel but fear as well. Even having read the book after seeing the film I was still on the edge of my seat with anticipation to find out what happened next. A good horror story needs great atmosphere and this book has it in spades. After several trips into the life of Father Karras and young Regan I still cannot read this one in the dark. 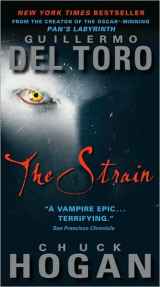 There have been plenty of great vampire novels over the years. Stephen King’s Salem’s Lot comes to mind. Of course the father of all vampires, Bram Stoker’s Dracula. But never before has one moved me so powerfully and personally. This book, set in 2009, takes place in an America that feels real and tangible. The authors here have gone to great lengths to cover every detail and every possibility. Hogan brings his attention to detail and real world situations, something he did very well in his novel Prince of Thieves. Del Toro brings in his trademark monsters and creepy atmosphere. These vampires aren’t just scary, they are terrifying. At the end of this book, the first in a trilogy, I truly felt as if the heroes had no hope and the vampires may win. That was furthered in the second book. Don’t read it just for a good story, you get that and then some. You read it to be scared. In that area it doesn’t disappoint.

2. IT by Stephen King 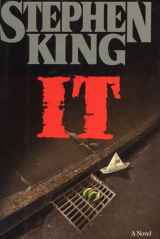 This is one of those books that not only gets under your skin but becomes a part of your life. This one of the creepiest books I have ever read but it is also the one on this list that I have read the most. There is something about it that fascinates me and makes come back to it again and again. It’s also the novel that I use as reference in the proper way to ‘show, not tell’ when writing my own horror fiction. You are pulled in by the main cast’s mission to destroy It. The book provides plenty of atmosphere and scares along the way. A bit long winded at times sure but it makes up for it with drama and scares. I remember the first time I read it and Tom is face to face with the ‘deadlights’ and drops dead. I was stunned. Even now having read it almost a dozen times that scene still gets me. Or when the group as children make the pact to return if It ever comes back. It’s touching stuff from a master of the macabre. It is a powerful story of friendship and courage as much as it is about a scary monster. If you haven’t read this one what are you waiting for? 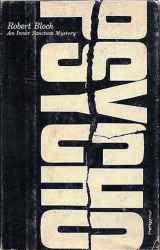 The basis for Alfred Hitchcock’s titular masterpiece, Bloch’s novel is a masterful study in suspense. The interactions between Norman and his ‘mother’ are so real you are completely unaware that they are the same person. The murder of Mary is part of the plot but not the focus. Norman and his mother are. The tension is palpable between them and even though Norman is not right in the head you want him to succeed against his mother. When Mary’s sister and the cop show up later the tension shifts from Norman fighting with his mother to Norman trying to hide his mother from them. This is all done perfectly and seamlessly. Super short in length compared to the other books on this list, you feel just as satisfied when you reach the end. I usually finish it in two sittings but come away feeling as if I just read something twice as long. I credit that to Bloch and his knack for suspense. This one deserves a spot on every horror fan’s shelf.

Posted on Dec 9, 2012 by
Robert Miller
Writer of horror and fantasy fiction, I also blog about movies and television. I love watching, talking about, and making horror films.
Follow