Welcome to November! That time of year when we ponder everything we have to be grateful for, and immediately shatter our self-reflection by pouncing on every consumeristic impulse. So while you’re at it, you might as well get some nifty stuff! 2012 has brought us a manifold of exciting Blu-ray releases, with several more to come, including current films, arthouse fare and several giftsets that should undoubtedly pique the interest of any serious collector of cinema. So without further ado, here are ten items that I’m particularly craving…

Can’t get enough Skyfall? Then by all means, reembark on the 22-film legacy fronted by Connery, Lazenby, Moore, Dalton, Brosnan, and the current face of Bond, James Bond, Daniel Craig. The series has obviously had its ups and downs, but few cinematic franchises have so expertly crafted such an iconic, narrative style, packed with guns, gadgets, girls, villains, and a whole ‘lotta vodka martinis. Whether you prefer the Sean Connery classics (Goldfinger, From Russia with Love), godawful antics in space (Moonraker), or actually think George Lazenby’s only feature as Bond (On Her Majesty’s Secret Service) might possibly be the best in the series (the opinion of yours truly), you’re bound to have 50 years worth of fun with these hi-def remasters. 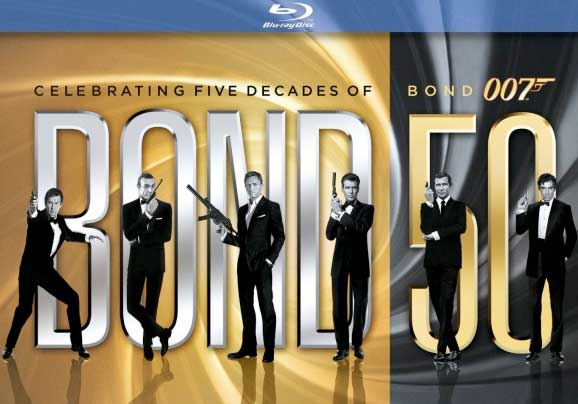 13 of the titles have already been released on Blu-ray, and MGM has opted to release the remaining nine through specific retailers, a viable option for those who don’t wanna plop down $150 on the complete set. OHMSS, The Spy Who Loved Me, and You Only Live Twice are now carried by Best Buy; Target has The Living Daylights, Tomorrow Never Dies, and A View to a Kill; and Diamonds are Forever, GoldenEye and Octopussy are now being sold at your local Walmart. Select films (the discs being identical to their 2008 counterparts) are also being released separately with anniversary-style packaging. 007 fans, it’s officially marathon time.

I don’t currently own a 3D television or capable Blu-ray player, but if I ever find myself with both devices, Prometheus will be the first disc I pick up, containing 3D cinematography that has only been matched by James Cameron’s Avatar and Scorsese’s Hugo (for fans of “Dances with Smurfs,” Avatar has now been released in all three dimensions, as well). Meanwhile, Ridley Scott’s quasi-sequel to Alien is not some wonderfully scripted masterpiece, but instead, a somewhat ambitious science-fiction film with undertones of genius, backed by some of the most outstanding visual effects I’ve ever seen. The core of the film lies within Michael Fassbender’s superb performance as android David, his character taking inspiration from Peter O’Toole’s enigmatic portrayal of T.E. Lawrence.

For those interested in seeing Lawrence of Arabia on Blu-ray, the 50th Anniversary Collector’s Edition is now available. And for fans of what is arguably Scott’s most impactful piece of work (and in my opinion, the greatest science-fiction film next to 2001), Blade Runner has recently been released in a 30th anniversary edition. How this Blu-ray package differs from the prior, God only knows, but it does match the previous collector’s edition by containing all five versions of the film (including the rare workprint). So if you’re game for picking up two pieces of Ridley Scott sci-fi, you’ve got nothing to lose … except for more money, obviously.

If you’re as skeptical as I am about the film starring Anthony Hopkins as the legendary auteur (hitting theaters November 23rd), then you might find yourself returning to the real thing. Featuring 15 of Hitchcock’s most popular films, ranging from 1942 to 1976, this collection is an ideal compilation of great works from the “master of suspense.” Although fans will complain about the absence of quite a few essentials (where’s Rebecca, Spellbound, Notorious, or Strangers on a Train?), most of these now have individual Blu-ray releases. Hell, Dial M for Murder even has a 3D Blu-ray disc available! In the meantime, you can keep yourself occupied with these selections, including The Birds, North by Northwest, Psycho, Rear Window, and what is now considered the greatest film of all time by Sight & Sound – Vertigo. 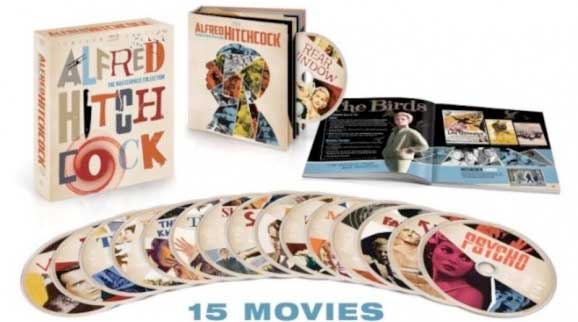 If you’re more interested in Hitchcock’s British, pre-1940 films, most of them are in public domain, and available in sets featuring up to 20 films. Check out Alfred Hitchcock – A Legacy of Suspense (available at most retailers for $5), which includes such Hitchcock gems as Sabotage, The Lady Vanishes, The 39 Steps, and the original Man Who Knew Too Much. If optimal quality is your thing, you can also consider the new Criterion releases of those latter two. But be forewarned … some are eerie enough to make you want a shower.

For nearly six decades, Stanley Kubrick’s feature-length debut has been rarely seen, referred to by the notoriously meticulous director as “a bumbling amateur film exercise.” Now, Kino International, with a bit of help from the Library of Congress, has finally made the film available on DVD and Blu-ray. The basic premise is that four soldiers have found themselves deep behind enemy lines, participating in a war unknown to the audience. Is Kubrick’s statement accurate? Feel free to decide for yourself. I haven’t seen it yet either… 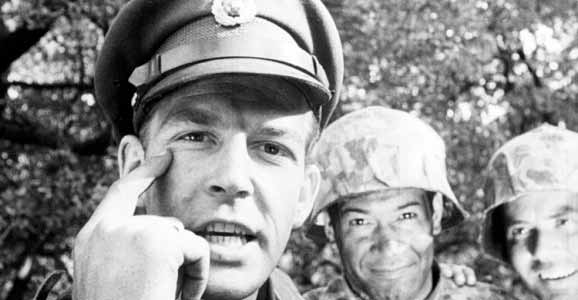 Haters gonna hate, but I believe Christopher Nolan’s conclusion to his Dark Knight trilogy was a spellbinding achievement, albeit not a perfect one. But it truly shows something that we’re holding it to such a high standard in the first place, and one can’t deny that the film’s breathtaking, IMAX-fueled imagery will look phenomenal on Blu-ray. Nothing can quite compare with the in-theater experience, but luckily, The Dark Knight Rises offers more than spectacle. It is an allegorical piece of epic drama, fully developing the themes and characterizations that made Nolan’s previous Batman films unprecedentedly sophisticated for superhero fare.

It is ultimately a fulfilling testament to a legendary icon, and a meaningful examination of heroism. And if Tom Hardy’s performance as burly super-terrorist Bane doesn’t send shivers down your spine to the point of fracture, then you might wanna try taking him on yourself. Do yourself a favor and pick up this cinematic pleasure, while simultaneously avoiding the crapfest known as The Amazing Spider-Man (if you’re looking for a lighter superhero flick, go with The Avengers). Want even more Nolan? Then you might be tempted to take a look at his intriguing debut, Following, which will be released on Criterion DVD and Blu-ray on December 11th.

Possibly 2012’s best comedy, and one of the best films in awhile about what it means to be young, Moonrise Kingdom finds Wes Anderson at his quirky best. Unfortunately, the movie didn’t earn a Criterion release, as did all of Anderson’s other films with the exception of Fantastic Mr. Fox. For the uninitiated to Anderson’s bold style, the cast featuring Bruce Willis, Edward Norton, Bill Murray, Frances McDormand, Tilda Swinton, and Jason Schwartzman should be enough to lure you in. Shot on Super 16, Kingdom‘s gorgeous color scheme rings just as true as the film’s youthful romance and inter-generational charm. 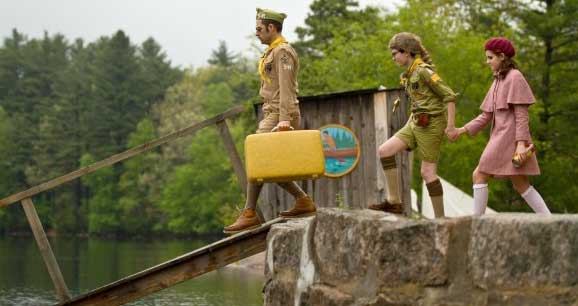 Prepare for an emotional hurricane. Beasts of the Southern Wild, one of the year’s very best films, comes to Blu-ray in December, and will continue to garner attention throughout awards season. Quvenzhané Wallis and Dwight Henry are spectacular as the six-year-old girl and her father who navigate the surreal wasteland of a Louisiana bayou, the only land that they would ever wish to call home. Laced with both fantastical and naturalistic imagery, Beasts is a mythical descent into a world that is more real than we would like to recognize, allowing us to infiltrate the human heart like few films even dare. This one will stick with you, and in high-def, it’s guaranteed to look phenomenal. 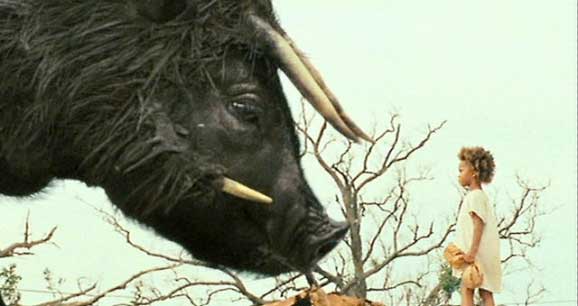 Movie lovers unite! If you’re the type of fan who will consider Django Unchained the ultimate Christmas gift, then this 8-film Blu-ray set (packed with bonus features, nonetheless) is likely to make your life complete. All of Tarantino’s directed films are here, even including True Romance, which was written by Quentin and directed by the late Tony Scott. Films in which he directed segments (i.e. Four Rooms and Sin City) are absent here, in addition to other scripted efforts such as From Dusk Till Dawn, and his written flick that was hacked to bits by Oliver Stone, Natural Born Killers. What remains is a delectable body of work from one of modern cinema’s greatest directors, combining stylistic elements from Asian cinema, spaghetti westerns, blaxpoitation flicks, and grindhouse films with a signature style that is undeniably his own. 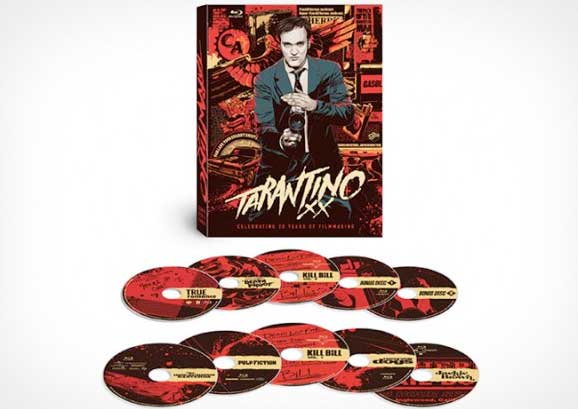 Criterion has brought us a great slew of releases lately, including the much-awaited Blu-ray transfer of Kurosawa’s Rashomon. However, there is one item that excites me infinitely more than any other, Godfrey Reggio’s Qatsi Trilogy. Reggio’s three art films have had an incredible impact on cinema both narrative and experimental, examining the relationship between mankind and technology with awe-inspiring cinematography, set to haunting compositions by Philip Glass. 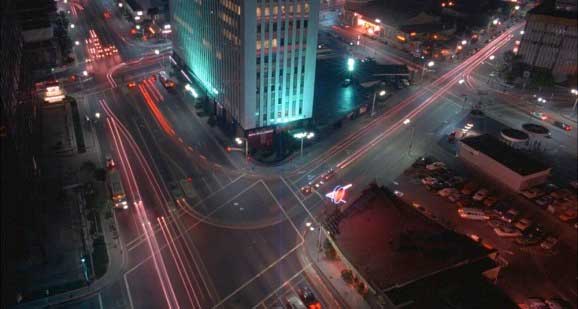 If you’re not experienced with avant-garde, it would be wise to give Koyaanisqatsi, Powaqqatsi, and Naqoyqatsi a chance. They might just end up changing your life. And if my instincts are correct, this might also be the most sensational imagery that has ever been remastered in HD. If you can’t get enough of Reggio’s tone poem style, know that cinematographer Ron Fricke has directed a few films of his own, including 1992’s acclaimed Baraka, and most recently, Samsara, which will find its way onto Blu-ray in early January.

I know you’re craving some Halloween leftovers. And trust me, there’s nothing better to satisfy the sweet tooth than spending several hours with Dracula, Frankenstein, The Mummy, The Invisible Man, The Phantom of the Opera and The Creature from the Black Lagoon.

If you’re looking for even more kitsch, Tim Burton’s fabulous biopic Ed Wood features one of Johnny Depp’s best performances, as the cross-dressing director whose only desire in life was to make his terrible movies. That Blu-ray disc has been in stores since September, whereas if you’re looking for a slice of modern horror-comedy, the Joss Whedon-produced Cabin in the Woods should also subdue your cravings.