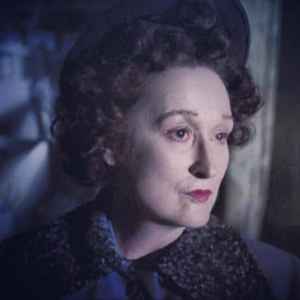 The Cold War era marked a time of fear and paranoia in the United States. The potential risk of domestic communist supporters was never far from the minds of American citizens. Communism was the enemy, a way of life that was backwards and unfamiliar. These pervasive fears led to hypersensitivity among Americans to potential spies living amongst the population. One of the most famous cases of Soviet espionage is the case of Ethel Rosenberg and her husband Julius. Ethel and Julius lived quiet lives and blended in with the every day American way of life. Their normality was perhaps the most terrifying thing about them to Americans of the time; no one would have expected them to turn against their own government. The Rosenbergs were accused of being Soviet spies and sending messages to the Soviet government about the production of the atomic bomb. They were found guilty and executed in the United States for espionage in 1953.

In the 1950s, Ethel was more of an enemy to the American public than her male counterpart. The public perception of Ethel Rosenberg at the time of her execution in 1953 was that of an un-American citizen and an unacceptable woman, lacking appropriate femininity. Because she did not follow the norms and lifestyle of American women during the time, she was more susceptible to suspicion than more dutiful women were. During the Cold War era, failing to display patriotism to the United States was considered a crime. At the same time, failing to live up to the societal standards of the perfect woman could also present a threat to social stability.

Historical understandings of Ethel Rosenberg are that she was an unfeminine communist deserving of execution. Men were regularly suspected to be spies because they were involved in the politics of the time, or at least allowed to be. However, 1950’s women were not suspected of telling their country’s secrets to the communists because women belonged in the home and were not seen as capable of exerting such political influence. As a woman who entered the political sphere, Ethel was getting involved with actions that were unfit for a woman. Sam Roberts quotes Roy Cohn in his book, The Brother: The Untold Story of the Rosenbergs, as saying “She’s worse than Julius. She’s the older one, she’s the one with the brains…She engineered this whole thing, she was the mastermind of this conspiracy” (Roberts 380). The strict division of the masculine and feminine spheres contributed to the disbelief that a woman, let alone a mother, had gotten involved in a plot against the United States government. Children and the home were completely disassociated from politics and the government during this time. Aside from these common beliefs, Ethel’s participation in the political sphere brought her under suspicion and eventually led to her execution. Reexamining Ethel through a contemporary lens, she can be viewed as a woman who refused to accept the conformity that was expected of her as the ideal 1950’s woman. Ethel seemed like more of a threat in the public mind because of her failure to adhere to the proper gender role.

To re-examine Ethel’s place in history is to change the memory Americans have of her. In fact, a re-examination of Ethel explores how lifestyle can have such an impact on society that it ultimately leads to an execution. Ethel Rosenberg did not conform to the ideal image of the 1950’s woman but her refusal to conform obviously does not mean she was a communist. Whether or not she was a communist was less important than her lack of the expected 1950’s femininity. It is important to understand how the culture and lifestyle of the 1950s could lead to the public death of a woman and her husband. Perhaps it is even more important to recognize that today’s society is more liberal about the role of women than it was in the 1950s and people do not have the same fears or beliefs now as they did then. Now it is time to bring Ethel’s image more in line with contemporary ideology. The significance of looking to Ethel Rosenberg to exemplify changing gender roles is not only to free Ethel from the historical chains that bind her, but also to begin a reexamination of all women in history that have had their entire stories kept in secrecy for too long. Giving voices back to people from whom they have been taken is a central part in understanding the evolving nature of American history. One place where this is happening is in popular culture.

Based on an original play, the film miniseries, Angels In America, on HBO follows the lives of six New Yorkers. A majority of the characters in the miniseries are fictional however, there are several historical figures whose fictionalized lives are included as well, one of then being Roy Cohn. Roy was an esteemed and conservative U.S. attorney who played a hand in the execution of the Rosenbergs in the 1950s. Some sources indicate that he swayed the opinion of the Judge on the case through illegal means to make sure the Rosenbergs were convicted and sentenced to execution. In the miniseries, this is something that he is proud of and boasts about throughout his career. However, Roy also faces a medical issue when he is diagnosed with AIDS. In both the miniseries and in reality, he contracted AIDs through a still-debated same-sex sexual relationship with a fellow government official. An analysis of Cohn reveals that his position in the government and the anti-homosexual sentiment of the 1950s culminated into a complete denial of his sexuality. “…Roy Cohn is not a homosexual. Roy Cohn is a heterosexual man who (messes) around with guys” (Roy Cohn, Angels in America). It is evident that he does not put himself on the same level as other gay men simply because he is in a position of power and because sleeping with men (but not admitting to it) does not necessitate the label of a homosexual.

Throughout the miniseries, Roy gets sicker and sicker from his disease, often doubling over in pain. It is in these moments that he is visited by the ghost of Ethel Rosenberg. Claudia Barnett analyzed the role of Ethel’s ghost in the miniseries, describing her as a “… materialization of Roy’s fears and desires, conjured by his guilt” (Barnett 134). She is not necessarily haunting Roy, and his subconscious does not necessarily summon her. She is there on her own terms for her own reasons, making her own decisions, “She is a ghost of her own agency” (Barnett 135). Ethel walks into the room, rather just appearing from thin air like other ghosts, and she maintains a calm demeanor when speaking to Cohn. If she came back to haunt him or harm him, she would be much more aggressive with him. However, she is back to force her way into Roy’s memory, not to prove her innocence but to reclaim the memory that Roy has of her. Because his last memory is of her being executed, the figure that stands before him does not resemble the Ethel that he sent to the electric chair. Instead, she is at peace and stoic, controlling the conversations with Roy. Barnett emphasizes that she is unlike many other “ghost” figures, and it is her human characteristics that make her come to life to viewers. This image of Ethel Rosenberg in Angels in America exists as a way to see her in a new light, as a martyr rather than a criminal.

Roy Cohn, aside from being a truthful historical figure, also plays a role in Angels In America that represents American society. His judgments and thoughts about Ethel are widespread and accepted by the public. Roy claims to believe that Ethel was a communist and deserved death, but a closer analysis of his statements about her make his hatred for her run deeper than anti-communist sentiment. Tony Kushner, the writer of Angels in America, made sure that his fictional Roy kept the ideology that the real Roy had. When constructing the character, Kushner “…established womanhood as her fatal flaw; that is, he establishes that Roy hates her for being a woman and had her killed for this reason” (Barnett 132). Roy’s character made sure that both Ethel and her husband Julius were executed however; Roy fails to mention Julius when looking back at his part in their trial. “If it wasn’t for me…Ethel Rosenberg would still be alive today…That sweet unprepossessing woman, two kids, boo-hoo-hoo, reminded us all of our little Jewish mamas- she came this close to getting life; I pleaded till I wept to put her in the chair…” (Millenium 107-108). In his reflection about his part in the Rosenbergs’ execution, he only boasts about sending Ethel to the chair, never mentioning Julius. The absence of comments about Julius is notable considering he was executed alongside his wife at the same time as him for the same exact crime, arguably with more evidence against him. If his involvement in the case of the Rosenbergs’ was solely based on criminality, then both Ethel and Julius would be boasted about. However, because it is only Ethel that Roy mentions and brags about, it can be argued that this was a case of misogyny, an act of hatred towards women or more specifically, an act of hatred towards women who were improper women.

Roy and the American public were fixated on hating communists and making sure justice was served to those who sympathized with communism. However, there was much more to the hatred and popular image of Ethel in the 1950s. Because Ethel was a woman, and an unfit one, the case against her was even stronger. The adherence to proper gender roles was a large element of keeping order in the 1950’s American society. Since Ethel potentially stepped over these boundaries and may have been involved in activity that was intended to only involve men, it was easier to hate her. It was easier to “other” her and disregard the fact that she would be executed. As displayed through Cohn’s character in Angels in America, sympathy for Ethel’s death was lacking because of the portrayal of her to the public. Had she been presented as a mother and a diligent housewife rather than a scheming communist, the public perception of her execution would have been quite different. It is the lack of information about Ethel’s entire story that makes her character in Angels in America so imperative. Because she is remembered only as a communist and an inadequate woman, it has been difficult to remember her as anything else. However, like Barnett stated in her article, Ethel’s character in the miniseries reclaims her agency and retells her story. Roy tells Ethel that he has “forced his way into history” and Ethel responds by saying that “History is about to crack wide open” (Meryl Streep and Al Pacino, Angels in America). Her reference to history breaking apart or being shattered can be interpreted as her own place in history being re-examined. The historical memory of Ethel that exists consists of inaccurate depictions of her, and those images must be refocused in order for a clearer memory of her to be brought to light.