Fantastic Detour: The Five Great Fantasy Novels You Might Have Missed

With the recent release of Peter Jackson’s The Hobbit and a renewed interest in fantasy fiction in general, some rather bright gems may get overlooked. Hidden beneath a sea of ring lords, hobbits, and time wheels you will find some truly amazing fantasy. These books are every bit as engaging as that ring trilogy and offer up some of the most memorable characters this side of the Shire. Within these pages dwell magic, dragons, ghosts, and more. Maybe you have heard of them but have you read them? Whether you know them all or not, if you enjoy a good fantasy than you owe it to yourself to check them out.

5. The Wind Through the Keyhole by Stephen King 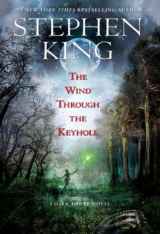 Most people may hear the name Stephen King and immediately think horror. This is not entirely fair. While King made a name for himself in the macabre, he certainly has written some well loved novels outside this genre as well. 11/22/63 or Rita Hayworth and The Shawshank Redemption come to mind. The Dark Tower series are some of his best loved stories and this new entry into that world of Roland and his ka-tet doesn’t disappoint. One of the great things about this novel is that you don’t have to be versed in the Dark Tower world to get it. Sure it is meant to bridge books four and five in the series but by no means does this alienate new readers. You are given enough information at the beginning of the book about Roland and his quest to get you going. New comers and old friends will likewise be able to jump feet first into this story from the first chapter. The middle part of the book is a story within a story and follows a young boy named Tim Ross. The Wind Through the Keyhole as we find out is this story that Roland tells and is a fantastic tale of monsters and magic and courage. It’s fantastic and well worth the cover price alone. It makes for a good stand alone story that leaves you satisfied and maybe, just maybe, wanting more. 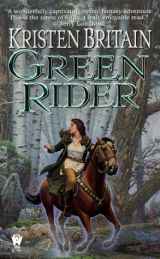 One of the king’s elite messengers is killed on the way to deliver a message and young student Karigan reluctantly takes up the mantle of messenger after the man’s death. Such a simple premise and easily dismissed. But let’s add some magic… and a ghost or two… and an evil shadow man hunting Karigan down… interested yet? This tale quickly goes from teen angst at school to throwing our heroine into a life and death race to the king before some rogue guards or the shadow man get to her. This is a fun story but it takes its fantasy very seriously. There is magic in this world that Karigan is not too sure about and we are right there with her as she discovers this magic and how it can help her on her quest. The ghost of the messenger tags along to give her advice and help when he can and this provides some comic relief but mostly helps keep our young Karigan on her path. Her meeting with the Berry sisters was particularly amusing. Fans of Tolkien’s famous quest may find this one particularly interesting, only not as long. This is the first book of a series but stands on its own really well. The Wheel of Time comes to an end this coming January and fans of that series will be looking for a new read. This book, or any on this list, would make a great new start.

3. The Unremembered by Peter O’Rullian 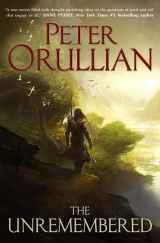 The world of Aeshau Vaal is a complex and deep world with a vast history and deep culture I dare say to rival The Wheel of Time or Lord of the Rings. You are drawn in by the characters but hooked by the mysteries lying just under the surface. You will find yourself digging deeper and deeper into this adventure looking for answers and caring for these characters. As the heroes grow towards facing the evil that is threatening their world you might find yourself checking the clock at two in the morning, not realising that you were in that deep. Following the trek of Braethen, Tahn, and Wendra is akin to watching your kids mature and learn to stand on their own two feet. It makes you proud. I have read reviews where Orullian is compared to the likes of Robert Jordan and Terry Goodkind. He may be better. But don’t take my word for it, dive into Aeshau Vaal for yourself and see if you can stay away.

2. The Name of the Wind by Patrick Rothfuss 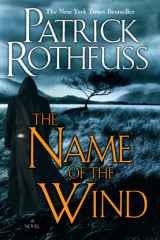 This book largely escaped my notice when it was first published back in 2007. It wasn’t until a few months before the second book released that a customer turned me on to it at my local bookstore. They were checking on the release date for book two and as we talked I was given a synopsis of this book and that the customer loved it. A few days later I had to agree with him. Kvothe, a legendary swordfighter and magician, is living as bartender under another name removed from his previous life in which he is known for his magic, music, and having allegedly killing a king. The name of the series being The Kingkiller Chronicles may clue you in to the truth of that allegation. Kvothe’s assistant saves a travelling scribe named Chronicler and after some pleading on Chronicler’s part Kvothe agrees to tell his story for the scribe to record. Kvothe begins in his childhood and tells the scribe this tale will take three days (one day for each book). The book splits the story between the present time and the time of Kvothe’s story. Kvothe is taught Sympathy, a form of magic, by a man named Abenthy when he was young. Abenthy also knows a magic known as True Name, which allows him to have control over anything he knows the true name of. After witnessing Abenthy use the wind to defend off suspicious towns people Kvothe vows to uncover the wind’s true name. The moment that Kvothe finally uses this ability to summon the wind is both triumphant and glorious. I won’t spoil it but it was a highlight for me. I really took to this storytelling device and the way this is a story of Kvothe but he is also telling a story within the story, similar to what happens in The Wind Through the Keyhole. Because of when I picked this up I was able to go into book two immediately, which is good because I was so into the story and chomping at the bit to read more it would have been a hard wait. Now, as I eagerly await book three’s release I find myself going back to read the first two again before I dive into the third. All of the books in this article are like that, which is part of what makes them great. 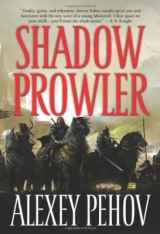 As some of you may or may not know I write a bit of fiction. I am knee deep into my own novel and when I picked this book up I was surprised to discover that some of the themes that I wanted to get through in my own novel were present here. That was what made me pick it up but it was the story that made me stay. The book follows a thief known as Shadow Harold and his quest to retrieve a magical horn to return peace to his kingdom of Siala. I love the dark and gritty world that unfolds here. Pehov does a great job of pulling you into the darkness of Harold’s world and immersing you in the grim reality of Siala. An elf princess, Miralissa, and ten of the Wildhearts join Harold on his quest. The Wildhearts are the toughest and most fierce fighters in the land. Each one has their unique traits and jobs. By the end of the book I felt as if I knew them as well as we got to know Harold. The Wildhearts are as fleshed out as the world that they inhabit. The underlying threat of The Nameless One’s arrival presumably in the third book kept me glued to the mission and whether or not it was attainable. For the first time in Siala’s recorded history all the races of orc, giant, and other creatures are gathering together as one under the leadership of The Nameless One. This domino that sets up the quest for the horn isn’t just dropped, it is carefully pushed and eloquently detailed. The world comes alive on the page. The stakes get even higher in book two, but this first volume is a fantastic start to a new series. Just like The Name of the Wind, I could not put this one down until I finished it. Book two and three are out now. As I dig into the final third volume of this great series I urge you to pick up Shadow Prowler. You can thank me later.

Posted on Feb 20, 2013 by
Robert Miller
Writer of horror and fantasy fiction, I also blog about movies and television. I love watching, talking about, and making horror films.
Follow