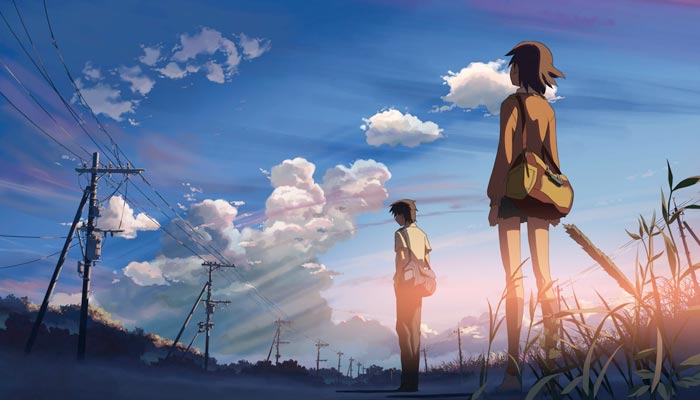 The I-Novel is a term that has probably eluded most people. Roughly translated from the Japanese words watakushi shōsetsu or shishōsetsu (私小説), the I-Novel refers to a literary genre that was conceptualized in Japan. Derived from the word ‘watashi’, one of the many words for ‘I’, the I-Novel’s main purpose is to explore the thoughts, feelings and experiences of the self, the author in the case of the written word (Dodd, 2012), therefore sometimes called a ‘mental state novel’ (Mack, 2010). The I-Novel was birthed in the middle to late years of Taishō emperor Yoshihito’s rule, more commonly referred to as the Taisho period of 1912–26 (Pletcher, 2009). Although debate on the beginnings of the genre exist, Hanshell (2013) claims that Tamaya Katai was the first author to write an I-Novel The Futon in 1907. While his stories originally started as purely autobiographical material, when he ran out of ideas the books began to overlap with fiction (Hanshell, 2013).

Influential, albeit now deceased, authors in this genre include Sato Haruo, Kasai Zenzo and Nagai Kafu (Mack, 2010). Popular novelist Haruki Murakami has given the world a fresh look at the I-Novel, although he has been criticized for using the word ‘ore’, a non-polite form of the word ‘I’ in his books (Mack, 2010), and the characters being incredibly Westernized (Wu, 2013). Since the best selling publication of Norwegian Wood in 1987, Murakami’s influence has reached far beyond that of the written word but also into anime in Makoto Shinkai’s films. This article intends to examine the features of the I-Novel and examine what elements are present in Shinkai’s movies.

The I-novel goes beyond a first person narrative, a writing style that was popular in Japan before the genre’s inception. The careful weaving of autobiographical and fictituous material was supposed to be done in such a way that it confused the reader about whether the story was based on reality or was a product of the writer’s imagination. As such, it has sometimes been considered part of the reading experience and an “ideological paradigm that established the way in which a literary work should be judged and described” (Suzuki, 1996, as cited in Dodd, 2012). Murakami is a perfect example of this.

“Many of my readers thought that Norwegian Wood was a retreat for me, a betrayal of what my works had stood for until then. For me personally, it was an adventure, a challenge […]. I borrowed the details of the protagonist’s university environment and daily life from those of my own student days. As a result, many people think it is an autobiographical novel, but in fact it is not autobiographical at all. My own youth was far less dramatic, far more boring than his. If I had simply written the literal truth of my own life, the novel would have been no more than 15 pages long.”

Criticism of the genre was delayed by the Great Kanto Earthquake of 1923, as it wiped out 90% of Tokyo’s housing and the trauma of the event on Japan’s history and people can not be done justice on paper (Dodd, 2012; Denawa, 2005). Since the I-Novel is an exploration of self, an assumption of the genre is that the narrator is honest and genuine about the experiences and the sentiments behind them, however this very idea has been questioned by Dodd (2012) in examining an early literary work called Watakushi. The story revolves around theft in a University dormitory and the main character and narrator is found to be the one committing the crimes. A more common complaint of the I-Novel is that since it relies on a stream of consciousness it can sometimes lack story, character detail or structure (Mack, 2010). While these criticisms may have been true for earlier works in the genre, Murakami’s writings have been loved for their inclusion of humor, in depth characters and critique of society or political events, even if the story is created to evoke mood and emotions rather than be intensely complicated. It is these features, along with “themes of alienation and loss” that are seen in Murakami’s (Wu, 2013) and Shinakai’s writing.

Makoto Shinkai’s first animated work was Other Worlds in 1997 although his work got more attention when She and Her Cat (1999) and Voices of a Distant Star (2002) won a number of awards, which he made entirely on his own using himself and wife for voice talent. The films have been greatly loved by anime and non-anime fans alike for their colorful artwork, fluid animation, impressive lighting effects, soundtrack and of course, his writing and direction. Shinkai draws inspiration from film maker Shunji Iwai, famous for All About Lily Chou-Chou (2001). As the trailer below shows, the anime film director seems to have been inspired by story, musical and visual elements, such as the font and style of titles across the middle of the screen, seen in She and Her Cat and Voices of a Distant Star. Shinkai has made four major features since those with a studio called CoMix Wave Films, and Shinkai noted in an 2011 interview from Anime News Network that his writing is greatly influenced by Haruki Murakami’s works, a writer with a modern take on the I-Novel genre.

The similarities between Murakami and Shinkai’s writing becomes immediately apparent to anyone who has experienced their work. In line with the I-Novel, Shinkai’s films are largely driven by introspective narration of the main character, which focus on the loneliness they experience, although since it is not confined to a book Shinkai’s movies take more creative liberty in the settings, distancing themselves from the naturalistic element present in the I-Novel. As noted by Shinkai on Anime Diet, “[My films] were about the characters searching for who they are inside, for their self-identity. I had wanted to write stories that explore the kind of inner emotions a character might have.” When asked why he keeps returning to these same themes, he said, “It’s hard for me to explain even to myself, why do I keep depicting this strong yearning or unrequited love? Well, if you want to psychoanalyze me, there might be various reasons, but even I don’t know what they are that clearly. I just seem to be constantly drawn to it.”

Only two of Shinkai’s seven films have that slice of life element, with others including fantasy or science fiction. Shinkai admits that he does not have a preference for either genre, but simply likes to alternate and vary the stories he tells. This is not unlike Murakami. By pure coincidence, both She and Her Cat and Kafka on the Shore (2002) include sentient cats. Murakami’s stories like 1Q84 (2009) and Sputnik Sweetheart (1999) have supernatural elements. In addition, After Dark (2004) and The Place Promised in Our Early Days include female characters who sleep for years. This is also a complete coincidence as they were both released in the same year. From the more flexible format of a film, unlike an I-Novel, Shinkai tells his story from a multitude of perspectives. Only two of his films are written solely from the perspective of a male character. Both Shinkai and Murakami seem to leave their stories open ended, which is done deliberately by Shinkai, “that’s because I wanted to have the audience think about the ending themselves. In Japan that isn’t the major style of how films end, and for my films I wanted to make something unique.”

The main feature that separates an I-Novel from a first person narrative is the inclusion of autobiographical elements blurring with fiction. One small detail that is driven from experience is Shinkai’s inclusion of cats in a number of his films, “Ever since I was a child I always had cats with me. I’m from the Nagano prefecture, and while living there I had cats, and after I came to Tokyo I also picked up some strays and started raising them.”. The relationships depicted in Shinkai’s films do not appear to be from anything specific, although this could be the director wanting to keep his private life quiet. In Electric Sheep Magazine Shinkai answered the question with, “I can’t pinpoint any particular experience to share with you and to be honest, this theme hasn’t come from watching any particular film. It is just something that has come out of myself.” In this sense, Shinkai is deviating strongly from the I-Novel style, although the descriptions of emotions are believable and descriptive enough to be drawn from experience. The two writers stories also seem to jump back and forth between referencing the past and present in a sometimes erratic pattern of thought, another feature of the I-Novel.

It is clear from the focus on longing, isolation and love in the main characters that Shinkai’s stories and writing style have far more in common with Haruki Murakami’s modern spin on the I-Novel than from its original inception. The anime director’s films do not have an obvious autobiographical element that the I-Novel is known for, although the writing is derived from unspecified emotional experience. Both Murakami and Shinkai both share a likeness for surreal and fantasy, with a number of amusing coincidences in the releases and plot points of their works, although Shinkai’s stories often use technology to create connection and separation to the characters. However, the two are both loved for very similar reasons so anyone who is a fan of Haruki Murakami might find a lot to like in Shinkai, and vice versa.

Denawa, M. (2005). Behind the accounts of the Great Kanto Earthquake of 1923. Brown University Library Center for Digital Scholarship. Retrieved 9th December 2015 from: http://library.brown.edu/cds/kanto/denewa.html

Wu, J. (2013). Colorful Haruki Murakami and His Ever-growing Popularity: Why do People Like His Works?. The Artifice. Retrieved 9th December 2015 from: https://the-artifice.com/haruki-murakami-works/

Posted on Jan 11, 2016 by
Jordan
I started writing about anime when I was 15 and it looked far worse than this. If you like my articles, check out my Goodreads to see what I'm reading.
Edited by Emily Deibler, Jonathan Leiter, J.D. Jankowski, Aaron Hatch.
Follow