Why was Spectre a Disappointment?

Who is 007, and more importantly what does his character represent? To some, 007 represents a fanciful embodiment of the masculine psyche. He is a man whose adventures entail the thwarting of evil plots of maniacal villains through liquor soaked stunts and breezy one liner conversations that only seem to skim the surface of any real significance. He drinks the finest scotch only before he beds even finer women and it seems that no matter how many times he gets punched in the face he always manages to avoid any form of facial disfigurement. One would have thought that after 24 films he would have shown at least a single scar. Nope. Not a single one.

Thankfully this is not the only Bond in existence nor is it the one that was introduced in 2006 when audiences saw Casino Royale for the first time. Here was a film that introduced audiences to a Bond that felt remarkably more human that any of the ones that came before. For the first time Bond’s alcoholism and misogynistic womanizing ways were not set up to be comically glorified as the pinnacle of male machismo. Instead the film bravely attempted to illuminate Bond’s vulnerabilities by posing a simple question: what consequences befall a man who lives incessantly close to danger? The film was the first in the series to postulate the potential real world consequences of being James Bond and through this exposure to Bond’s humanity it left audiences, particularly men, questioning whether theoretically taking on the 007 persona was worth all the emotional baggage that goes along the way. Is it really worth being a womanizer if you have to initially witness the woman you love drown in front of you? With this information apparent does it not become obvious that Bond’s perpetual infatuation with women is in part a coping mechanism that reflects the betrayal of his true love?

Whether or not fans were consciously aware that they were processing these questions is irrelevant because based on the overwhelmingly positive responses to this realistic Bond it can be assumed that an emotional impact was elicited on at least a subconscious level; and this can be reflected by the critical and box office successes that the film garnered that can be easily surmised by calling it the “Rebirth of Bond”. For through the exposure to Bond’s humanity the film is intensified for audiences since they are introduced to a hero that has the potential to be broken either physically or emotionally; and as they are watching their hero embark on a perilous journey, because of his exposed vulnerabilities the peril feels more significant. This is a basic law of effective storytelling and it is one that filmmaker Steven Spielberg has been perfecting for years. A precursor that oversees good action is a well-developed central character because emotional attachment forces the audience to really care whether he or she makes it out alive. That is the power of vulnerability. 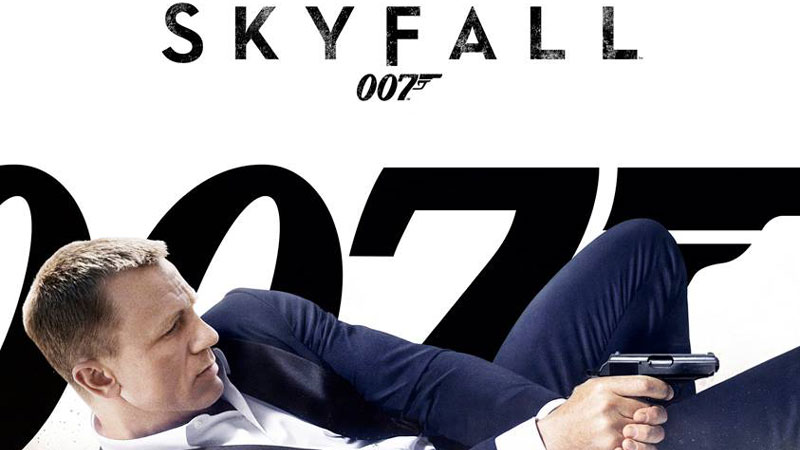 Skyfall can be best described as the true successor to Casino Royale because it elaborates on this new incarnation of 007 by delivering a thought-provoking story that delves more into the history of James Bond. The films main goal is to expand upon the maternal relationship that 007 has with his supervisor M by introducing Silva, a villain who wants to target M while placing strain on her already tenuous relationship with Bond. The main hook lies in the introduction of a realistic villain with reasonable motivations. As Silva’s history unfolds it reveals his understandable scorn towards M that allows him to come across as a genuinely hurt human being as opposed to a bland caricature of evil. He is a phenomenal villain because his presence is aligned perfectly with the existing emotional subplot that entails James’s growing distrust towards M and the result in an emotionally resonant story with a satisfying conclusion.

Where it Went Wrong

With these two excellent revisions of the Bond formula it can seem that Spectre had a lot to live up to. But its shortcomings cannot be blamed on the possibility that its predecessors may have left too high of a standard to be matched. Instead there is something innately frustrating within the inner workings of Spectres script that makes it feel like an unworthy sequel, so where exactly does it go wrong? First off it must be stated that fundamentally Spectre as a film suffers from an identity crisis because it is indecisive about what kind of Bond film it wants to be. On one hand it try’s to remain faithful to Daniel Craig’s established character driven depiction of 007 but while also making concurrent regressions into the classic campy Bond formula and the result is two very different ideas being crammed into one film with neither of them being fully realized.

Remnants of this confusion can be recognized all throughout the film, such as Christoph Waltz’s representation of the classic bond villain Blofeld. Christoph Waltz is a fine actor, but the problem lies in the fact that Blofeld in the past has always been portrayed as a simple caricature of evil and this film concurrently maintains this archetype while also attempting to give the character emotional depth by relating him to James’s past. There is an attempt to elicit a moment of emotional relevance by providing a backstory that illuminates Blofeld’s intentions for committing evil but the whole subplot is incredibly underdeveloped and comes across as laughably underwhelming especially in comparison to Silva’s emotional arc.

The exact same problem can be seen in this films love interest. Lea Seyoux is downright beautiful and has proven to be a great actress, and enough pieces are in place that prepares her character for satisfying emotional depth that is never followed through. Her character is initially introduced as an intelligently skeptical woman who points out that she will not play victim to Bond’s womanizing ways, but later on in the film she abandons all self respect by being spontaneously eager to tear off her clothes and profess her love towards James. The appropriate amount of sexual chemistry between the two is not enough to reasonably justify this sudden change in character, and as a result she starts off by feeling realistic and then conveniently regresses into an absurdly naive woman that feels so reminiscent of the classic Bond era.

It should be stated that the intentions of this essay is not to discredit all old ideas for being redundant due to an overstayed welcome; in fact a new film that is self aware about embracing the old fashioned tropes of the classic bond era might be a piece of refreshing entertainment that is well needed in the overtly cynical world we live in today. But the fact is that the classic Bond framework cannot gracefully mesh well with this generation’s incarnation of Bond without sacrificing some believability in the characters and story, and as being advertised as the film that would tie together the plot points of Casino Royale and Skyfall, Spectre primed audiences to expect a film to be delivered on the same thematic level. Spectre ultimately feels like a betrayal because it carries a facade of being the emotionally driven 007 that we have come to expect from this generation and its failure to consistently commit to this theme makes the whole thing feel incongruent. The desire to create a film based on old fashioned ideas is okay as long as there is commitment to that said theme, but problems arise when attempting to create this kind of film while attaching it to an established storyline with diametrically opposing ideals. Therefore Spectre results in a whole bunch of wasted potential. Blofeld’s connections to James’s past could have resulted in a better understanding of 007’s character if the realistic motif were followed through, much like the emotional weight provided by the mother-son dynamic between M and James did.

The Future of Bond

So while not critically panned, the lukewarm reaction to “Spectre” proved that audiences have evolved to expect more novel ideas, so where should the series go from here? Should the series not over think Bond by creating a film that commits to reinvigorate that elusive old-fashioned charm, or should it continue to evolve in a new direction? Daniel Craig has already expressed that Idris Elba would be great for the role, and if you have seen any of his work then it becomes apparent that he can definitely own the 007 presence, but is the world ready for a Bond of colour? If we can handle this type of alteration to the classic framework then who’s to say that we can’t manipulate other factors such as what time period the film is set in? At what point does it stop being a Bond film, and how much change can we really handle?