Park Chan-wook: Five reasons you should be stoked for Stoker

South Korea has produced some phenomenal films and directorial talent, particularly over the last decade-and-a-half. Amongst the very best the country has to offer, there is one particular genre-blurring, multi-tasking director who stands out. That director is Park Chan-Wook.

Park has written and directed some of the most provocative and stylistically-inventive movies ever to come out of Asia. The obvious starting point would be the notorious Vengeance Trilogy, which consists of Sympathy for Mr. Vengeance, Oldboy and Lady Vengeance. Each film contains touchy themes, immaculately-shot scenes and virtuoso flashes of violence. Sure, they won’t be everyone’s cup of tea, but there’s no doubting that Park genuinely dares and dazzles. Luckily, this guy is no one-trick-pony. North/South Korean border drama Joint Security Area shows a director with dramatic flair and a gentle hand when necessary; and Thirst sees Park try his hand at a vampire movie (with disturbing/humorous/borderline insane results).

The guy can – and will – do it all, and he does so with a comic streak as black as coal. So, apart from this torrent of praise for the man, why should we care about his upcoming English-language debut Stoker? Here’s why:

1. Stoker was included in Hollywood’s 2010 “Black List” of the best unproduced scripts

The “Black List” is always an interesting read. Each year a group of 300-some producers vote for their favourite unproduced scripts, and the list can act as great exposure for some very good pieces. Check out 2010’s list here. 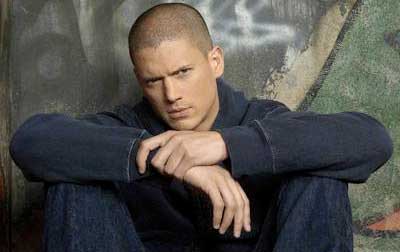 So it was written by Wentworth “Prison Break” Miller…that is what I’d call an intriguing proposition. Great films like The Social Network and Juno had their scripts voted pretty high on the Black List in the past, and as you can see, there were some fantastic entries in 2010. Argo is receiving rave reviews across the board, Margin Call was a super-talky delight and Chronicle tore the found-footage genre a new one. Sure, there’s no guarantee that they’ll all be winners, but Stoker has an awful lot of solid talent onboard…

Park has attracted plenty of great talent to help him out, both on and off-screen. First of all we’ve got Nicole Kidman, who has been known to pull out the odd show-stopping performance (Rabbit Hole, anyone?). Then there’s the likable, multi-faceted Matthew Goode, who has a certain evil charisma that served him well as Adrian Veidt/Ozymandias in Zack Snyder’s admirable Watchmen adap Considering he is playing quite a sinister chap in Stoker, we could see a performance that will make ’em squirm in their seats. The lead triumvirate is completed by promising youngster Mia Wasikowska, who did a great job in TV’s In Treatment as a troubled teen; so much so that we can forgive her for her involvement with Alice in Wonderland.

Away from the lens, Clint Mansell is on scoring duty, which is exciting since this is the man who did such sterling work with the original music for Swan Lake to add an extra layer of atmosphere to Black Swan.

Promisingly, those four won’t be the only talent involved…

3. Park has brought a skilled friend along for the ride

Park Chan-wook has a reputation for some very striking shots in his films, and in part, that’s largely thanks to the abilities of cinematographer Chung-hoon Chung. Chung has been a part of Team Park since Oldboy back in `03, and since then he has treated us to countless visually arresting scenes. Most notably, Thirst is a feast of stark contrasts, bleak vistas and nocturnal wonderlands. Chung’s cinematography turns murky interiors into skin-crawling spaces of possibility, blank stares into unfathomable mysteries and copious amounts of blood into an all-encompassing sea of crimson. Stoker looks set to continue the trend, with the trailer (here) looking like another visual home-run for Park and Chung.

Every cinephile’s favourite motor-mouth is a big fan of Park’s work. He named Joint Security Area as one of his favourite films from 1992-2009. Check out his excellent list here. In 2004, QT was on the jury at Cannes film festival, where Oldboy picked up the Grand Prix, thanks in part to QT’s enthusiasm for the film and Park’s work generally. Considering he is one of the most revered filmmakers in the world right now, QT’s praise should not be dismissed. Also, Spike Lee seems enamoured enough with Oldboy to direct an English-language remake originally championed by a certain Mr. Spielberg; and if it’s good enough for Steve, it’s good enough for you!

5. Park is a true original 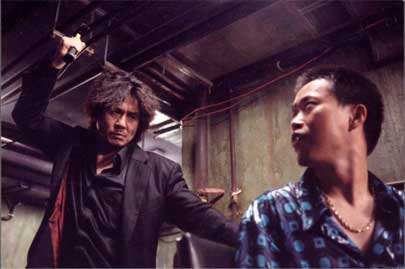 In a world filled with by-the-numbers rom-coms, shameless cash-ins and one good OTT action movie for every 50 made, a voice as original and daring as Park Chan-wook’s is vital. There is only a handful of directors who can tread the lines between genres as deftly and audaciously as Park, and when the world has the chance to embrace a talent such as his, that can only be a good thing. Who else could combine genuinely erotic lovemaking scenes with pitch-black humour as he does in Thirst? Who else would have the bravery to one-take a scene as pivotal as the infamous “hallway hammer-fight” in Oldboy? You’ve got to admire Park’s guts. He is highly regarded for the filmmaker he is right now, yet he is ready to stake his reputation on an original script; a real rarity in today’s cinematic climate. For that, and so much more, Park Chan-wook deserves your attention, respect and, most certainly, your time. If his previous work is anything to go by, Stoker will be a winner.

Posted on Nov 21, 2012 by
David Tatlow
You can call me Tatt. I like all kinds of films, as well as talking to/boring people about them at great length, so brace yourself.
Follow