It’s been a long time since Justin Timberlake was referred to simply as the 5th-billed member of INSYNC. Since then, his singing/acting career has gone from strength to strength (though The Love Guru was definitely a weak point!) and has led him into one phenomenal opportunity after another. However, his ominous, pretty boy persona is now getting in his way. After comparing his new album The 20/20 Experience to his latest movie Runner Runner, all I can say is his poor script choices definitely aren’t “bringing ‘sexy’ back”. 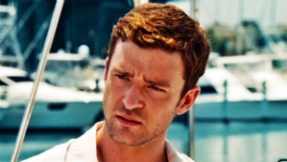 Runner Runner is a generic, uninspired, and monotonous corporate espionage/techno…thriller. I find it difficult to call this a thriller because there are few surprises or innovative aspects on offer. This Swordfish-esque techno-thriller is, unfortunately, all talk and no action. Enjoying a life of Princeton University-level prowess and online gambling success, Richie Furst (Timberlake) seems to be too cool for school. In fact, his cocky attitude and questionable actions quickly land him in trouble with Princeton’s most powerful alumni after he is caught setting up an online poker monopoly on campus. To gain his hefty tuition fee, Furst gambles his $17 000+ savings in one night before his ego pushes him over the edge. Pressuring himself to reclaim his lost funds whilst proving he was cheated, Furst travels to Costa Rica to track down and confront online poker magnate Ivan Block (Affleck). Impressed by his guile and credentials, Block hurriedly takes Furst under his wing and invites him into the lurid, seductive, and treacherous world of online high-stakes gambling. Richie must also contend with Block’s gorgeous and witty right-hand woman Rebecca (Gemma Arterton) and unhinged FBI agent Shavers (Anthony Mackie). Predictable events then ensue. 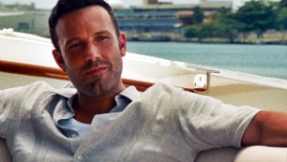 Remember the 2011 super-drug flick Limitless? Imagine if that movie had no miracle pills and focused entirely on Bradley Cooper playing the stock market and going on holiday. That bland premise covers the entirety of Runner Runner’s derivative story. This anti-establishment, 80/90s-style techno-thriller could’ve and should’ve played its cards when and where it needed to. It had enough alluring ingredients to develop an intriguing and pulsating action-crime flick. However, audiences should be able to call Runner Runner‘s bluff. Director Brad Furman (The Lincoln Lawyer) is a competent director who desperately needed punchier and more inventive material here. Unlike his previous film, Runner Runner is bogged down by its wavering pace, bloated narrative, and uneasy tone. The movie’s indelible features could’ve worked if not for the paint-by-numbers screenplay. This bright yet stupefying techno-thriller makes too many leaps and bounds to get from point A to B to C. The movie constantly reminds us, via montage, that Block’s universe is a dangerous, super-slick and tempting plethora of enviable material possessions, lively women, and sky-high piles of money. However, the forgettable screenplay continuously leads us down one uninteresting and inconsistent path after another. Throughout the movie, Furst’s irritating narration awkwardly explains everything Runner Runner‘s archetypal characters are thinking. The metaphor-heavy dialogue will seem charming to some, but irritated me at every contrived turn. Every revelation and plot point is presented as a dull cliché, and serve only to remind you of far greater crime-dramas like Goodfellas and Wall Street. Runner Runner folds when too much pressure is applied. With online poker currently an important water-cooler conversation starter, this techno-thriller is unable to discuss the dangers of this internet phenomenon in an effective manner. It takes its cheap premise and runs with it, yet can’t justify what it is wants to tell us about the stock market, corporate injustice, and the one percenters. 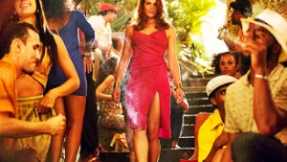 However, Furman’s gritty yet breath-taking visual style provides a luminous distraction from the movie’s obvious contrivances and wafer-thin characters. Certain shots establish the enthralling vibrancy of Costa Rica – a shimmering carnival sequence turns into a one-shot journey through a colourful and illusory paradise. Costa Rica’s beautiful scenic vistas and decrepit urban settings also lend Runner Runner some much needed depth. Sadly, the movie’s biggest weakness is its two dimensional characters. Their well-crafted stubble, stylish clothes, and perfect bodies may be appealing, but, because Runner Runner refuses to delve beyond the surface, this is all we are allowed to obtain from them. Timberlake has improved considerably as an actor. For example, his range has doubled since his poor run of leading man roles two years ago. Here, he is the charismatic lead actor he has heartily strived to become. His character, repeatedly switching from intellectual play-boy to bumbling moron and vice-versa, ironically becomes an incessantly tiresome Sean Parker clone. With confused motivations and alarming smugness, his character unintentionally boosts the far more intriguing characters around him. By far Runner Runner‘s most enjoyable aspect is Block. Block’s moustache-twirling shtick pushes his scenes along at a break-neck pace. Affleck, following up his raging Oscar success, chews the scenery and looks to be having a cracking time doing so. Arterton is stuck in the Daryl Hannah/Wall Street role with an appealing smile, jaw-dropping curves, and obvious spray-on tan. Meanwhile, Mackie is under-utilised as the frustrated and persistent FBI agent.

Despite the gorgeous settings and even more appealing cast, Runner Runner can’t come up with anything original, interesting, suspenseful or exciting. Stuck with the same plot and characterisation issues as 21, this techno-thriller will only be useful to those who worship at Timberlake’s feet. Figuratively speaking, Runner Runner ends up being more like Go Fish than Blackjack or Texas Hold-em.

Verdict: A gorgeous yet by-the-numbers corporate/techno-thriller.