Say Yes Review: A pair of idiots allows an obvious psychopath to ruin their lives 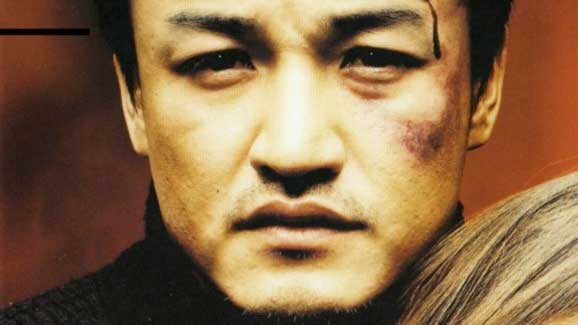 This film is a bizarre mixture of daytime soap-opera melodrama mixed with deeply sickening gore-porn, and could only have come from Korea. Its original title in Korean is “Sae-yi Yaeseu,” which when said aloud makes you realise that they were damn lazy with their titling. You’re supposed to come up with a Korean title and translate it into English, not the other way round, you buffoons.

Anyway, the story goes that a young couple, Jeong-hyun and Yun-hie, whose names you have already forgotten (unless you speak Korean) go on a holiday, which is a word we Brits use to describe a vacation, to celebrate Jeong-hyun’s (who?) recent career success. He has just had a manuscript published, which is about as relevant to the rest of the movie as my next sentence. I like salmon. Unfortunately for themselves, the couple is woefully stupid and picks up an obviously deranged hitchhiker called “M” (not played by Dame Judi Dench), who proceeds to spoil their time together in a series of really small, petty encounters, before escalating to full-on torture. As you do.

To elaborate, Jeong and Hun are afflicted with a paralysing naivety that is really their greatest foe throughout the course of the film, and the fact that they picked up the hitchhiker in the first place really does leave a bitter taste in the mouth for the duration. In fairness, they were blackmailed into it, as Jeong’s lacklustre reversing skills caused him to run M over at a service station, and the man threatened to report the couple to the police should they not give him a lift. Had they realised how fucking useless the police actually are in this movie, they might have just driven away. Jeong and Hun are, however, equally green in almost every subsequent scene. My absolute favourite example was an early dialogue between the moody M and Jeong whilst sitting in the car alone, after M had already spent the entire journey spouting various psychopathic double entendrés:

Jeong: “Okay, I’ll let you off this one time, but threaten to kill me again and I won’t give you a lift.”

Jeong, you utter, utter moron. You do not give someone a second chance for threatening to kill you.

I had the feeling shortly after this scene that to ensure the future of the human race was not tainted with stupid genes, the couple were probably better off meeting their demise before they ended up procreating, and thus a majority of the film’s suspense was spoiled for me. The film’s take on romance also doesn’t help, as early on we’re treated to a mixture of elevator jingles and Chinese restaurant music whilst Jeong and Yun frolic through a montage of archetypal romantic settings; rolling in the sand on a beach, eating ice cream together, walking through the street holding hands. The budget for the soundtrack was clearly an afterthought, barely allowing the purchase of a Yamaha My First Keyboard and a CD sampler of cartoon sound effects. During scenes of suspense, we often simply hear one note, held for minutes at a time, as if our musician is having a stroke with his finger held on the keyboard as one side of his face slowly droops. One of my pet movie hates is also abundant here, and that is the onomatopoeic punch. A punch does NOT sound like the word, “PUNCH”. You’ll know the effect I mean, because it was the universal sound of someone being socked in the face in a film during the 1980s. Go to the supermarket, pick up a ham joint, and thump it (probably best done when nobody’s looking). That’s what a punch sounds like.

Speaking of punching, Jeong does a fair bit of it, mainly in desperation and anger, but it’s hard to take these scenes seriously as they’re prime examples of Nerd Rage. Jeong is skinny and bespectacled, and couldn’t intimidate a shrew. His “man on the edge” moments stray uncomfortably close to comedy, and don’t nearly convey the frustration he’s feeling at the time. 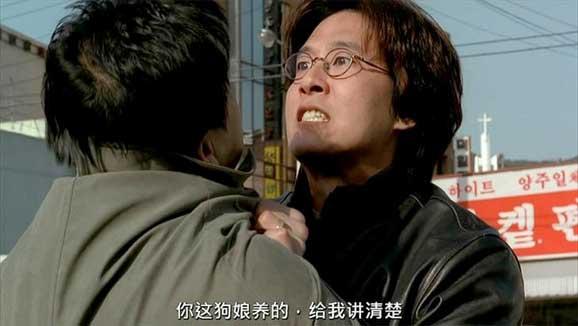 After being subjected to an increasingly threatening series of pranks by their stalker, who they are unable to shake despite their best efforts, the couple flees, taking the country roads to the next town. Well, slap my buttocks and dress me in a frock if their car doesn’t break down en route. As smoke billows out from under the bonnet (“hood” for New Worlders) and the engine splutters and moans, Yun-hie asks her knowledgable husband, “What’s wrong?” to which he responds:

Jeong, you fucking genius. Why, with skills of deduction so keen and refined, you could be the world’s most successful detective. Or at the very least, you might perhaps use said skills to suspect sabotage by the psychotic stalker who has thus far been the sole focus of your journey? No?

No. Even after M speeds past them in his 4×4 whilst they’re stranded at the roadside, it takes the couple a trip to the mechanic in the next town to tell them that the engine has been interfered with. A startled look of revelation adorns their faces… Yun pipes up, “Could it be…?”

…THE DERANGED PSYCHOPATH WHO HAS TROUBLED YOU FOR YOUR ENTIRE TRIP SO FAR? Gosh darn it, Yun, we have two detectives here.

Well, Jeong and Yun decide to chow down in a local diner whilst their car is in service and start thinking positively. After thoroughly motivating each other to enjoy the remainder of their holiday, Yun needs a burst, and the only toilet requires her to leave the diner, go round to a side-alley, and up some stairs into a dingy outhouse. Lucky for her she has her husband to keep watch for her, right? Wrong. Jeong decides to sit on his arse and relax in the comfort of the diner whilst Yun traipses off alone and, in the most predictable turn of the entire film, is abducted. 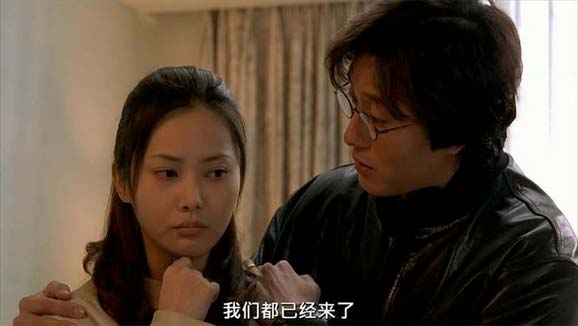 I’ve doled out a rather harsh pasting up to this point, but if you can look beyond the crippling stupidity of our dual protagonists, it’s at this point that we hit the high point of the film. Yun’s capture is the beginning of the true horror on offer here. We’ve grown to pity Jeong and his harrowing dumbassery, and owe him a certain amount of sympathy as he falls apart following his wife’s kidnapping. He comes to terms with his utter failure to protect her, and turns to the police in desperation.

Well, this movie is not a good advertisement for the South Korean police. If it’s to be believed, they are the most embarrassing bunch of floundering fuckwits the Earth has ever seen, and bizarrely enough this actually does favours for the movie. It adds to the tension. Poor Jeong is a broken man, and we watch helpless as he enlists their help and they royally bugger things up. One of the most ridiculous police moments is where the chief detective finds an abandoned car linked to M, and it’s been burned-out to destroy evidence. The chief describes M as a “cunning bastard” for ingeniously covering his tracks in this manner. Come on, chief, even a fifteen-year-old car thief knows to do that. My pet cat is a more cunning bastard.

Anyway, Jeong ends up a fugitive, framed for the gruesome murders of several police officers, a lone wolf tracking his wife’s kidnapper, and this is a genuinely entertaining segment of the film. A stroke of luck leads him to a barn where his wife is held captive, but being the scrawny soft-touch that he is, Jeong is overpowered, and the two are rope-tied to pillars whilst M subjects them to mental and physical torture. The torture scene and subsequent gorefest is drawn-out and uncomfortable to watch, and will split viewers’ opinions. Those after cultural enlightenment from watching a foreign-language film will likely get a shock at some point during this final act, whereas those after stomach-churning viscera may not have made it this far at all. But endure the preceding sickly-sweet vanilla melodrama to this point, and you might as well just stick it out until the end.

A whole bucket of cliché is emptied out however during the hectic final act, including but not limited to: frantically rubbing rope restraints against a rusty nail before something bad happens; running in a straight line away from a moving vehicle instead of just stepping to the side; and a Mike Myers-style can’t-be-killed bad guy. The film is also an offender for another pet hate of mine: slow motion without a high frame-rate camera. If you want your movie to look tacky and low-budget, there’s no better way. It reminds me of the slow-play function on an old VHS machine. Fail.

Say Yes was cruising for a one-star review, for reasons I’m fairly certain I’ve explained, but a last-minute redemption has saved it. It caught me by surprise during a devastating, sickening finalé, which literally had me feeling nauseous, and ever so slightly saddened. It is capped off with a very unexpected but very welcome ending that is satisfyingly dark and grim, and actually made me feel like I hadn’t wasted my time with the rest of the film. The competent ending prompted me a second perspective on the film, which is that it’s like watching someone utterly decimate your least favourite, badly-written daytime soap-opera, and for that it has my thanks. But a great film this most certainly is not.

Posted on Nov 16, 2012 by
TheGolar
The Golar is an internet jackass who enjoys expressing his wrong opinions on everything he watches and reads. Check out his unpopular webcomic at http://pwked.com
Follow