Depiction of the Upper Class in The Shoemaker’s Holiday

What are “First World Problems”?

“First world problems” are trivial problems that only people of privilege experience. Think about sitting in an air conditioned home in the middle of summer and complaining about having to get up and reset your Wi-Fi. Most of us on this site have experienced some version of a “first world problem”. This fascination with the trials and tribulations of the rich and famous has spread throughout various forms of media in society. 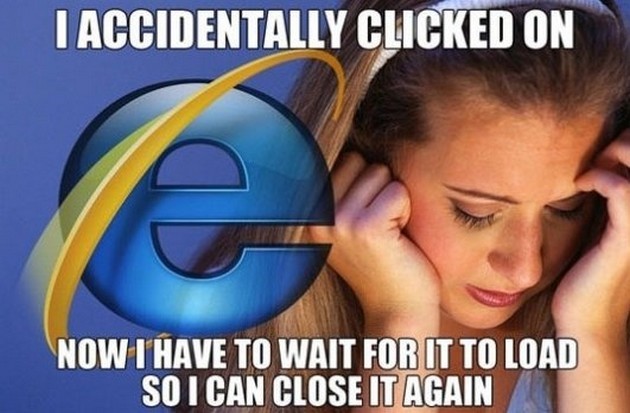 This new trendy obsession has launched the careers of various Kardashians, and other starlets whose lives we deem interesting enough for weekly consumption. This is not an entirely new trend in media, demonstrated in shows like “MTV Cribs” that have had sustained success throughout the last twenty years. From memes of spoiled kids to Soap Operas of spoiled adults, this fascination is ingrained within our culture. The roots of this obsession actually can be traced throughout our first form of media entertainment, literature. In particular, this depiction of the problems of the rich and powerful can be found in the theater of Renaissance Britain.

Why does it Matter?

Social classes are a recurring theme within British Literature. Works of the English Renaissance, which emerged in Britain in the late 1500s and continued through to the early 1700s, depict the differences in class of their characters in a variety of ways. Understanding these class differences are important to better understand the British society that shaped these greats works of literature. By looking at the developing theme of class discrepancies in Renaissance Theater through the lens of Thomas Dekker’s play The Shoemaker’s Holiday a deeper understanding of Renaissance life can be made. 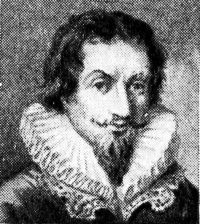 Thomas Dekker is a famous playwright and literary figure of the English Renaissance. As with many figures from this time period there is little known about Dekker’s early life. Our knowledge of him seems to begin and end with the works of literature that he left us. It is believed that he was “born into a family of Dutch immigrants living in London” (Thomas Dekker). However, he is known for being a versatile writer, publishing pamphlets as well as the plays he would come to be known for (Theater History). Much like the rest of Dekker’s life, the dates of publication for The Shoemaker’s Holiday are also somewhat controversial. Most scholars date the play, also entitled The Gentle Craft, as being performed for the first time in-between 1599-1600 (Theater History). Despite the confusion on its publication Shoemaker’s Holiday is often considered Dekker’s most memorable work, as he depicts the life of varying social groups within London. To understand Dekker’s portrayal of upper class problems within his work, let’s consider a brief synopsis of the events within the play.

The play follows the constantly interacting lives of two couples with very different backgrounds. On the one hand you have Rowland Lacy and Rose Oatley, who are an upper class couple dealing with their families not approving of their relationship. In an attempt to separate the couple, Rowland’s uncle Sir Hugh Lacy, attempts to get Rowland drafted into Henry V’s war with France. This dates the events of the play at around the early 1400s, during either of Henry V’s invasions of France (Henry V). On the other end of the spectrum, we have the working class couple of Ralph and Jane, whose lives intersect with their counterparts, Rose and Rowland, rather frequently. Ralph and Jane are recently married, and Ralph is about to be drafted into the same war Rowland will avoid. Rowland is able to avoid being drafted by taking a false identity and working as a shoemaker’s apprentice. Rowland, now called Hans in his disguise, works with Simon, who is the shoemaker that employs Ralph. The discrepancies in experience for the two couples are the key differences to showing Dekker’s depiction of class within the work.

Rowland and Rose are a part of the classic, almost cliché, tale of “star crossed lovers” whose social standings separate them in the eyes of their families. While the premise of their relationship seems simple enough, some scholars have actually found a real-life couple from whom Rose and Rowland were most likely based upon. Amy Smith cites the marriage of Lord Compton and Elizabeth Spencer, married around a year before Shoemaker’s publication, as a likely inspiration for Dekker. Spencer and Compton’s real life marriage was slightly different from the tale of Rowland and Lacy for several reasons. In this case it was Elizabeth’s aristocratic father disapproving of her taste in Compton, mostly due to Compton’s gambling debts and lower social class (Smith, 333). What truly relates these two couples was the rumored way in which Compton was able to finally wed Elizabeth. According to Smith’s account, Compton pretended to work for a baker, and in fact smuggled Elizabeth out of her father’s home in a large basket filled with other baked goods. This practice of disguising oneself makes itself into Shoemaker as Rowland becomes Hans to avoid being drafted into the aforementioned war with France. While it may be impossible to prove that Dekker was inspired by these events, as entertaining as they sound, they do serve a purpose in understanding Shoemaker’s Holiday.

Marriage within 16th century society was different than the practice that we are more familiar with. Hence why despite the fact that both couples obviously love each other within the play, they have vastly different experiences expressing that love. Due to Ralph and Jane’s lower social class they have less expectations placed upon their marriage. This is not to say that their marriage is any better or any happier than Rowland and Rose’s, only to say that society viewed them differently. Rowland is expected to marry and maintain the high status his family already has, hence why Sir Hugh does not approve of him marrying Rose who is of a less prestigious class. On the other hand Ralph is able to marry whomever he chooses, so long as he is able to provide for his newfound family. While we’ve already covered that Dekker may or may not have taken certain liberties with the tale of Lord Compton and Elizabeth, what we can infer is that this complex problem of who to marry and why was an actual problem within society.

The Plight of the Poor

Although Rowland and Rose had more societal expectations placed upon them due to their social class, there were certainly benefits that came from that higher status. The benefits are particularly seen in the ways in which both couples dealt with and were affected by the infamous war with France. Rowland and Ralph were both drafted into Henry V’s war; however, Rowland never actually had to fight or even travel to France due to his status in society. Using his higher class to his advantage, Rowland was able to take a false identity and hideout under his pseudonym Hans. Ralph, despite being recently married, was not afforded the same luxury as he was actually sent off to fight in the war. While this alone shows the discrepancies in experience for the different classes of characters within Shoemaker, this change in experience also went on the affect both Rose and Jane as well.

After Ralph was sent off to war it was believed that he died in battle, though in actuality he would only have been injured. This piece of misinformation would go on to have negative consequences on a possible reconciliation between Jane and Ralph. One day, during this time of thinking Ralph had passed away, Jane was approached by a suitor named Hammon. Hammon’s higher status than Jane was made obvious due to his original interactions with Rose. Hammon had hoped to marry Rose and attempted to woo her previously. Rose, still in love with Rowland and unsure of his status, declined Hammon who shifted his affection towards Jane. Jane, seeing a good opportunity and presuming her husband dead, would go on to accept Hammon’s advances. Some scholars, such as Peter Mortenson, attribute this somewhat sudden flip-flopping of Jane’s to the lack of depth awarded to female characters. Mortenson would argue that if Jane’s character was depicted more realistically, she would have refused the suitor. As all literature is open to interpretation Mortenson’s claims may very well be accurate; however, consider the actions and status of the other female lead Rose. In seeing that both Rose and Jane are obviously females, the major distinction between the two would be their class. Rose, of an upper class family, would certainly receive other suitors and therefore had assurance somehow she would be taken care of. Jane’s lower status within society did not award her that same patience, meaning that when the wealthier Hammon came courting, realistically, she couldn’t have refused. While thankfully, for Ralph at least, the marriage with Hammon was not to be, the ways in which Jane and Rose react to Hammon show how class shapes all the interactions within The Shoemaker’s Holiday. 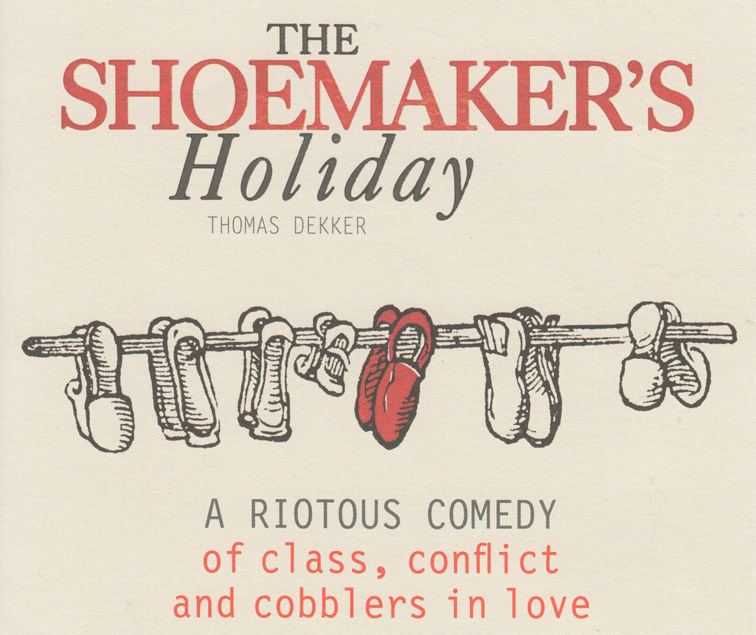 Curtain Call: The Wrap Up

The thought of the “grass being greener” has permeated our society in all forms of media, even the more classic form of entertainment on the stage. This infatuation with the lives and drama of upper class society is an important theme within Dekker’s classic tale. It manifests itself in a variety of aspects of the play, most notably in the relationships of the cast. This is shown in how differently the experiences of Rowland and Ralph are throughout the play. Due to Rowland’s higher social standing he is able to avoid the war that takes Ralph from, and nearly costs him, his wife. Another prime example would be to look at the marriages of the two couples, and how social class effects the expectations of those relationships. In this situation we certainly see an example of a “first world problem”, as Rowland is unable to marry who he wants. This problem no doubt seems trivial to the nearly killed Ralph, who is off fighting in a war while Rowland misses his beloved. More important than understanding how this relates to the modern definition of a “first world problem”, is acknowledging the way in which this play reflects renaissance life. Class discrepancies are key aspects of numerous works of renaissance literature, and this is no truer than in Dekker’s masterpiece The Shoemaker’s Holiday.

Posted on Jan 28, 2019 by
ZacSingletary
Contributing writer for The Artifice.
Edited by Misagh, Munjeera.
Follow