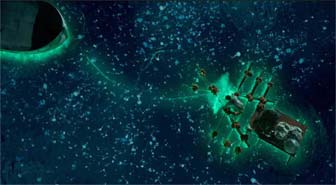 What an effect on the box office of movie these days 3D has been. A nifty device that, while not necessarily new, was still something that never was met at its full potential. Enter James Cameron and Avatar and the world of movies was changed. This is the cinematic experience and how 3D redefined it.

Avatar and what it did to movies 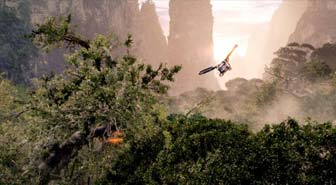 While I myself was not a giant fan of Cameron’s Avatar, I’m not blind to what it did to movies. It changed how we wanted to view them. As I stated before, 3D was not something new, it was a device often used as a cheap toy and an incentive to a movie rather than a valuable addition. But Avatar changed that for 3D and made it something to use to enhance the quality of the movie.

While Avatar went on to break box office records and become a phenomenon, what it really did was change the landscape of movies and create an eye for detail. When I first saw the movie, what really blew me away were the visuals. It was unreal how realistic this was and how immersing they made it feel. You could hear the birds chirping in the background, the wind blowing, and every leaf in every tree brushing against each other with the breeze. The insane quality that was shown was unparalleled and above anything the visuals of this movie broke ground.

Not only that but how Cameron filmed the movie was crazy. He spent so much time digitally entering these characters that this movie became almost a science documentary than a movie based on how interesting it was to watch how they made this movie happen. Too bad the acting and story couldn’t follow suit. But outside of that, the movie broke ground and set the floor for 3D cinema in the future.

Hugo and the next level of 3D 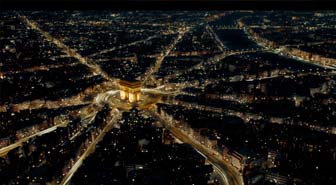 Many tried to mimic Cameron and his creation and while some came close, nothing really outdid the Titanic director’s movie. Movies such as How to Train Your Dragon began to push the bar and challenge Avatar as that movie in particular had flying scenes that challenged Avatar‘s and showed that animation could be a force in the 3D market. A lot of poor attempts followed with movies exploiting the 3D technology to make an extra buck. Lucky for use some people wanted to challenge Avatar and push the new technology even further. Enter the Best Picture nominee by legendary director Martin Scorsese, Hugo.

Hugo was a revelation. The first time I saw it I was like a kid in a candy store. I couldn’t take it all in at once because I was trying to take all of what was on the screen in at once. I was mesmerized by the visuals and the use of 3D and left with one of the most excited feelings I’ve ever had after leaving a movie. This was like a new toy, it was something that I absolutely loved and wanted to see some more. So I did, many more times. Scorsese delivered a movie that not only made the 3D technology more than objects flying towards the audience but more of visual enhancer that popped the items and made it a smoother ride.

Hugo was a cinematic experience. A movie that made 3D more than a trick but rather something that would change movies. For example watch the first couple minutes of the opening of Hugo (above), watch the shot of Paris and how vivid and smooth the shot is, how the cars glide and create this dreamlike feel to the movie where creating dreams was an important storyline. This dreamlike movement was what stuck out to me. This shot was incredible and breathtaking, leaving me wanting more. Scorsese answered with another brilliant scene of 3D use later on in the film.

When we enter the world of George Melies, Scorsese injects the dream quality that Melies wanted to emphasize in his films and made it a reality. The 3D was used so superbly and beautifully that this dreamlike quality had to become a part of more films.

IMAX, The Dark Knight, and a 3D companion

IMAX was something that had been around as well. Like 3D, it was used as an attraction and never really used properly in movies. Enter director Christophe Nolan and The Dark Knight. This came before  Avatar but the effects of the IMAX were felt in Avatar and the other great 3D movies. Nolan added scale to the movie and without the use of 3D technology but rather a special camera that shot for IMAX. This made the shots wider and the audience became immersed, like in 3D movies, in the scene just based on the sheer scale and landscape that was around them. Add in the surround sound and you were part of the action.

A great example of this IMAX at work is in the opening scene of The Dark Knight. The scale is set, the setting is wide, and the audience is sucked in immediately. What worked so well with that scene outside of the awesome dialogue is the scale of that scene. The fact that the screen almost engulfs the audience into the scene with the surround sound audio and wider ratio makes it an experience and heightens the appeal of the picture even more. This effect by the IMAX gave birth to the proper use of 3D with the larger ratio. The scale of movies was widened and made the scene all the more powerful.

Life of Pi and the future of 3D as an experience 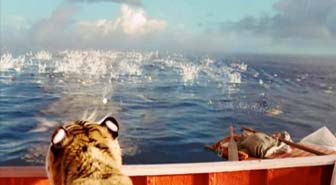 This week, Ang Lee released his latest directorial effort, Life of Pi, and once again the field of 3D filmmaking was strengthened. Like Avatar and Hugo before it, Life of Pi advanced the technology and raised the bar for future films.

What was so special in Life of Pi was very similar to Hugo, it used the 3D technology as a tool to enhance the visual component of the film rather than just create eye popping effects that would instantly leave your memory after exiting the theater. This sensation was a spectacle to watch and like the films mentioned before, I left feeling like I had a complete cinematic experience. Lee meshed the effects of the 3D technology with particular scenes to make them not only more powerful but more meaningful and leave more of an impression on the viewer.

An example of this was the whale scene. Trying not to spoil anything, a scene comes up while Pi is on the boat with the tiger when he is surrounded by what looks like an army of jellyfish. All of them are lit and the effect is mesmerizing but to cap off this scene is a giant whale that emerges from the water and gracefully flies through the air. Not only was this an incredible sight to see but the fact that it was incredible to watch coupled with the way that Lee executed the 3D technology within the scene. The whale was highlighted with the light and enhanced with the fantastic 3D.

I hope that this film is yet another masterpiece that will start a wave of greater films using 3D to make them an experience. The idea of a film being an experience is something that people have strived for when going to the movies from the beginning. Films like Hugo and Life of Pi are the future of cinema. These films that are some of the best films of the year using 3D technology to enhance the film and make it leave more of an impression is what I would love to see. After viewing Life of Pi, this idea of the future of 3D came to me based on how blown away I was by how Lee used the 3D technology in his film. How he used the technology to make the visuals not only memorable but historic.

I leave with one last thought. While some movies use 3D to make more money through post conversion and poorly executed work, I hope to see more movies like the ones mentioned that will not only give us one of the best movies of the year but also some that leave an impression on us making us as satisfied as possible with our cinematic viewing.

Posted on Nov 25, 2012 by
Zach Dennis
Zach Dennis is currently a Junior at the University of Tennessee-Knoxville and is a Journalism/Electronic Media major with a Cinema Studies minor. He is from Chattanooga, TN.
Follow