The Impact of the Space Age on Film

From 1956 leading up until 1969, the United States and the Soviet Union were beleaguered in a competition of ingenuity and will known as the Space Race. It began with several Soviet satellites no bigger than basketballs being launched into orbit, and would end with Neil Armstrong becoming the first human to walk on the Moon. During that time, the life of the average American would be drastically changed. The United States film industry would serve to highlight social and political issues. It would also provide an outlet for questions regarding the future of humanity and human nature, and emphasize the need for national cultural reform.

With the advent of the Space Race, many Hollywood productions began to exploit the new national interest in space exploration. Not only did the Space Age provide new aesthetic pleasures in the form of new set designs, but it also offered a host of new stories to bring to the cinema.“An effect was much more than simply a spillover from the silvery streamlining of the space program. It was an increasing preoccupation with the future and technology that helped change not only the country’s look in the 1950s and ’60s, but also, in some ways, its very conception of itself, as if seen anew from space.”[1] Many filmmakers were interested in expanding their work to the foreign realm of space travel. It provided a new atmosphere in which to work; the sterilized spaceships and empty vastness of space became a proving ground. The motion pictures brought to life every conceivable possibility for what could exist in the infinite space beyond earth, and a new generation of monsters and storytelling grew from the Space Age.

One major addition to the film industry provided by the Space Race was that the cinema provided a new medium for expressing personal philosophy. The “monsters” and terrors of the real world became a reality within the movies, threatening to destroy their heroic counterparts. The movies surrounding space brought with it a host of creatures which were analogous of the fears facing Americans in the late 1950s throughout the 1960s. One of the more infamous monsters was the HAL 9000 computer from Stanley Kubrick’s 2001: A Space Odyssey. HAL, in control of a ship heading to Jupiter, manages to kill four of the crew members before being ultimately lobotomized by the ship’s commander. In a world where computers and new technology were becoming more available to the general public, there was a legitimate concern that human beings would be unable to keep up with the advancing technology, “Kubrick’s vision reveals technology as a competitive force that must be defeated in order for humans to evolve.”[2] Humanity must look at itself and assess whether it has the strength to go beyond our current evolutionary state in large part due to the Space Age. 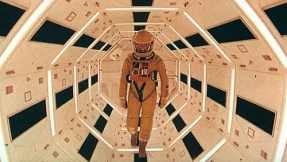 Political and social issues also found their way into the motion pictures in large part due to the Space Age. The most pervasive of these issues was highlighting the ongoing Cold War through the use of personification in science fiction movies. After the Soviet Union launched the Sputnik satellite into low Earth orbit on October 4, 1957, many Americans feared that the Soviets could now spy on or infiltrate American towns. The fear is palpable in an issue of Life Magazine published soon after the launch, “All the tracking fervor and growing familiarity with Sputnik did nothing to soothe Americans’ shock at the original announcement…specialists were given direct orders to keep their mouths closed in any controversy over satellites and missiles.”[3] This fear would lead to dozens of movies produced through the late 1950s and 1960s which would examine the American mindset during the Space Age, where the fear of both an unknown frontier and the paranoia of Communism would be prevalent nationwide.

The most prominent early films to explore the paranoia of these new celestial bodies were 1956’s Invasion of the Body Snatchers. Although released prior to Sputnik’s launch, Invasion of the Body Snatchers was a product of the early Space Race. In the film, creatures from space came to Earth and began to create doppelgangers to replicate and replace humans, “Invasion of the Body Snatchers celebrates the heart, the emotions…human emotions serve to alert the people to the threat of takeover…the seductiveness of pod-dom.”[4] The pods which come from space to take over human minds is a clear representation of the values of Communism, where one is taken care of by the community. The film stresses the idea that the American people must root out the cause of Communism, but be wary that those around them may not be as they seem. The fact that they come from space is a direct result of the increasing tensions of the Space Race. Fear of orbital attacks came from the Soviet Union were part of American media in the late 1950s. 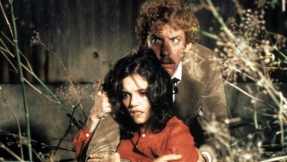 Prior to the science fiction movies of the late 1950s and 1960s, many films shied away from the idea of a film ending on a depressing note. Traditional horror movies were monopolized by the likes of Alfred Hitchcock, while the majority of films were comedies or dramas. The world of cinema was changed by the fear felt by many people regarding both the unknowns involved in space flight and the seemingly inevitable reality of conflict with the Soviet Union. Many of the science fiction films influenced by space exploration starting delved deep into human madness and fear. These movies featured astronauts or scientists facing various deadly creatures, technology, or diseases and not always surviving unscathed.[5] The predecessor to all such movies is arguably 1951’s The Thing From Another World, where scientists working in the Arctic discover a frozen alien body which thaws out and begins to kill and mimic the various scientists. Although the scientists are able to kill the monster, they are left in the middle of an Arctic snowstorm with their radio equipment destroyed, and they are huddled around a telegraph machine desperately trying to send a message. 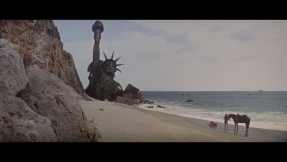 The pinnacle of exploration into the potential of human madness is featured in 1968’s science fiction thriller The Planet of the Apes. Coming off the heels of the Gemini missions, where spacewalks and docking procedures were perfected, and the Apollo 1 disaster during which a fire on the launch pad killed Gus Grissom, Edward White, and Roger Chaffee, The Planet of the Apes focused on three astronauts landing in a world completely dominated by apes. Human beings were subjugated and were treated in a similar manner as animals are treated today. Charleston Hesston, the only surviving astronaut who is attempting to get back home, eventually discovers that the alien planet he landed on is in fact Earth. This fatalism is a sign that people at the time believed that the unknowns of space travel went against the laws of human nature, and that there was no noble future for humanity.[6] Our continued involvement in space exploration would only lead to disaster. This opened the door for filmmakers to shock audiences with surprise twist endings, where either the hero dies or their life is damaged to the point where there is no happy ending. Many modern movies which use this concept are a product of the Space Age paranoia and fatalism about the unknown. 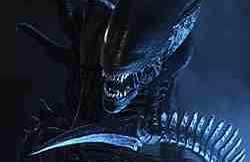 With these new philosophical looks into the nature of humans and their place in the future, the film industry during the Space Race also began to tackle social issues. One major issue brought to light was the role of women in both the present and possible future. Many major motion pictures up until the 1960s did not feature women in strong leading roles. Those that did have leading roles, the most famous actresses including the likes of Audrey Hepburn, Ingmar Bergman, Grace Kelly, and Elizabeth Taylor, did not have standout roles compared to their male counterparts. The science fiction movies of the 1960s, while still predominantly from the point of view of men, began to not only use women in leading roles, but also used them to examine the fears and desires of the films’ men.[7] An excellent example of a woman not only a lead role but also a strong, empowered, crucial character to the movie would be 1966’s Fahrenheit 451. An adaptation of the Ray Bradbury novel by the same name, Fahrenheit 451 starred Julie Christie in dual roles, playing two women who represent two styles of living in this futuristic world. During a time when the cultural revolution of the 1960s led many women to be portrayed as sex symbols in media, Christie plays a small-breasted woman with muted clothing and functions as a catalyst for many of the film’s key scenes. Such importance in a serious role had not been placed upon a woman in such a film at the time, but would be a trend that continued to grow throughout the decades. It would still be another thirteen years before perhaps the most famous female science fiction performance would be given, in the form of Sigourney Weaver in Ridley Scott’s 1979 Alien. This role, which can be seen as the fulfillment of a process which began with Julie Christie, would go on to change the face of both horror and science fiction movies.

The Space Age, and by proxy the escalating Cold War, would also allow the film industry to explore the seemingly imminent threat of intercontinental nuclear war. With the launches of the Mercury program, where NASA began to send humans into orbit in much larger capsules than before, Americans began to fear that nuclear missiles could be fired from space. This was made a reality when, on July 9, 1962 President John F. Kennedy enacted Project Starfish, where a nuclear warhead was detonated in space through the use of a missile similar to those which would be used to send up satellites during the Space Race.[8] After this, the film industry began to explore the global impact this could have. Two films in particular, both made in 1964, which have gained international acclaim for their work in examining the possibility of thermonuclear war are Dr. Strangelove or: How I Learned to Stop Worrying and Love the Bomb and Fail-Safe. Both present the idea that simple electronic glitches in the United States Armed Forces could cause a miscommunication with transcontinental bombers, who inadvertently cause a nuclear war. This led to a country-wide awareness of the dangers of nuclear war, and that every single human on the planet could be affected by such a war, “Films of the 1950s and 1960s and the broader culture initially placed an ambivalent value on atomic weapons and eventually evolved into…’nuclear fear.’”[9] These films could be considered some of the first propaganda films which reached a national audience and spoke openly about the changing methods of warfare. It was films such as these that would lead to a necessary re-education of American students over the course of the Space Age.