Why The Joker Is The Best Villain We Have Ever Seen

Whether you are die-hard comic book fan or a guy on the street who knows next to nothing about comics, you know who The Joker is; talk about any top list from the greatest villain of all time to DC comics top villain, Joker has hardly ever missed the top spot. Though the Joker has fought many superheroes from DC universe, namely the Superman and the Wonder woman; his last stand was always facing the dark vigilante who looks over the Gotham city; the Batman. The Joker is a yin to the Batman’s yang; he just cannot fathom the idea of Batman’s morality and has become obsessed to make Batman see the error of his ways.

The character of The Joker was created by Bill Finger, Bob Kane, and Jerry Robinson for the debut issue of the Batman comics on April of 1940. The character of the Joker was initially planned to be killed by the end of the first arc, but his popularity among the fans become the key to his survival and now, even after 75 years, he is still known as one of the greatest villainous character ever written. Joker is certifiably insane, mass murdering lunatic, he is truly a rebel without a cause. like his counterpart, the Batman, the Joker has no super power or special ability but unlike the Batman he has no cause to do what he does. The Clown Prince of Crime creates mayhem for the sake of chaos, and this makes him actually the most dangerous villain. Without further due let’s get on to the reasons why the Joker is the ultimate villain of all time.

1. There’s no method to his madness

We have seen that most powerful of the villains have the reason behind the carnage they cause but not the Joker. He is the agent of chaos, and he needs no other reason, Joker sees the world as one cruel joke, with corrupt authority figures as its head. He holds no one and nothing dear and that leaves him with no weakness, he simply has no reason, not cross every line there is; he does whatever amuses him. He is an epidemic of violence; he wants to destroy the order of the world and bring the anarchy.

One minute he will be handing out hundreds of balloons and the next minute he will have mass murder on his mind, he is that much random, one of the many reasons why other villains are actually scared of him, they don’t know when their alliance with the Joker will end up being their death warrant. It doesn’t take long for Joker to turn from goofy prankster to sadistic killer.

3. His Character can Possess

Over the years, many actors have taken over the role of the Joker, and they all have admitted that at one point the character of Joker has taken over them. Jack Nicholson actually warned Heath Ledger, the Joker of Christopher Nolan’s The Dark Knight; of the impact this character can create, and we have all seen that it had nearly destroyed Heath Ledger to bring this character to life. Mark Hamilton, who has voiced the Joker in the animated series, agrees that it was very hard to portray this enigmatic character for straight 20 years. In the upcoming movie ‘Suicide Squad’ Jared Leto, who plays the Joker, pranked his co-star with dead rats saying that he was in the character.

4. Joker does not need a plan to succeed

Over the last 75 years, Joker has managed to get his little victories over the Batman, but he did not have any extravagant plans to achieve them. The Joker managed to kill Batman’s loyal sidekick Jason Todd aka The Robin, he gunned down detective Jim Gordon’s daughter Barbra and paralyzed her from the waist down. He showed the whole organised crime mafia of the Gotham that he was the true crowned Prince of the throne. 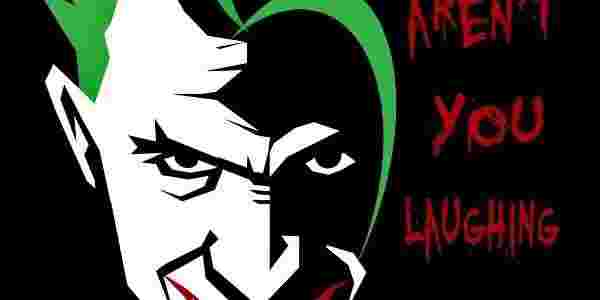 If all the super villains ever decide to have an evil laugh competition, we already know who is going to win. Joker has an uncanny ability to laugh at anything and everything, he will set the whole world on fire and watch it all burn just for the sake of a good laugh.

6. Joker vs Batman till the end of times

Joker is the earliest foe of the Batman, and they are presented as day and the night of the Gotham city. Joker is hell bent on corrupting Batman’s morality, Joker will push Batman to no end just so he take away his faith from humanity, he will even put himself on a line, just so he can have a taste of it. Joker does not necessarily hate Batman, in fact, he kind of needs Batman to keep their little dance going for as long as they can and while they are at it, Joker will stop at nothing until he breaks Batman. 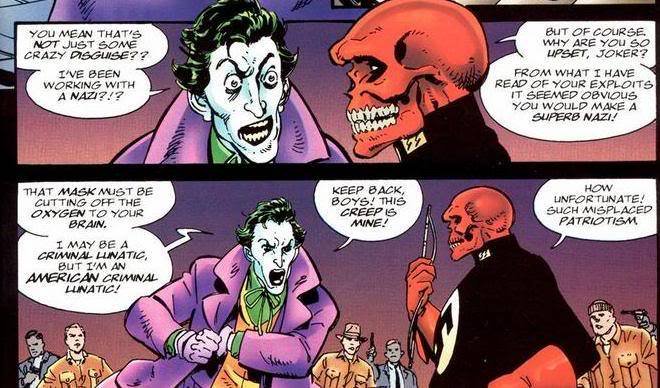 In 1996, an issue of a Batman had a crossover with Marvel’s Captain America. Joker and Red Skull were working together to destroy Captain America and the Batman, but when Joker found out that Red Skull was Nazi he turned on him and said, “I may be a criminal lunatic, but I’m an American criminal lunatic” and decided that he will take care of Red Skull all by himself. The iconic character of the Joker have no bounds he is a definition of mania and chaos, while many villains are defined by their heroes, the Joker can take his own stand. He shows that how dark an individual can go just with the power of the mind.

With the unique inhuman ability and powerful mind set, The Joker is undoubtely the best super villain of all times that can’t be compared with any other super villains. He’s incredible superhuman power made him the most popular and the most admired supervillain in the history of DC comics as well as for the Batman. The Joker will remain forever in our heart.