The Walking Dead: A Soap Opera

Like my Uncle, many readers (a concentration in the male sex), may have a tendency to react aggressivly toward this post. Labeling any series under a genre usually reserved for “house wives” is risky business. But hang with me, I mean no offense and none should be taken. Soap Operas rule day time television with a god damned iron fist. They are the secret weapon of television networks. They are compelling dramas, that on a low budget, and with no name actors, are still plotted well enough to hold the attention of viewers for episodes that round well into the 2000s. Just look at the most extreme example of this. Dark Shadows (Fun Fact: Dark Shadows was filmed during the day) has an insane cult following, over 1000 episodes, numerous spin offs, and one spotty Tim Burton acknowledgment of the shows existence. Sure there are a large number of poor examples of the soap opera genre but there’s about as many bad zombie films to match that. So what does one of today’s biggest shows have in connection to a genre usually spoofed on Who’s Line is it Anyway?, well let me break it down for ya. I don’t mean the execution of these shows are the same. Both The Walking Dead and a stereotypical soap opera share roughly four common plot or theme elements that help drive the series. This is also without breaching the topic of characters. While some of these ideas may seem pretty broad that’s just more evidence that the soap opera is everywhere. Spoilers will follow. 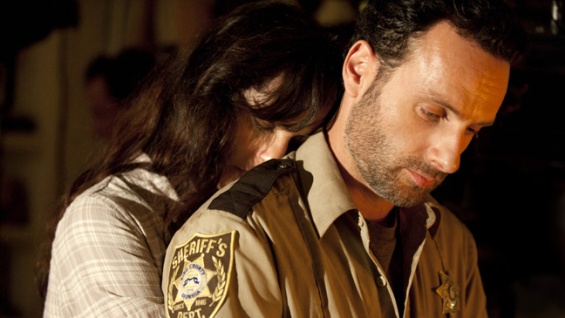 This word is used in at least two soap operas I can think of off the top of my head; Family Affairs, and Deadly Affairs. Breaking any one of the ten commandments makes for fantastic drama (in case you hadn’t noticed). And personal betrayal is one of the strongest elements of drama. All of us experience it in one form or another and we the audience react fairly strong to it. The main arch of the second season stems from Laurie’s “affair” with Shane. Shane’s obsession with Rick’s family drives him to madness, and even murder. The affair might not seem as legitimate, due to one party being out of the loop about Rick’s “death”, but the results are still there. If one was asked to list stereotypes of a soap opera, “affairs” might be the first thing they sound off. Characters are always sleeping around with each other. But why draw the line at affairs, why not bring the variable of “secret relationships” into the mix too. Glen and Maggie were at first having to hid their intimacy from everyone though now go at it openly. Adrienne and Shane fucked around once, and even Carl is eyeing little miss Beth. The idea that people would be even concerned with either getting laid or starting a relationship during an apocalyptic extinction is udder ridiculous. Wouldn’t the idea of spreading any kind of disease be creeping into the back of everyone’s minds? Or the suggestion that maybe they’d be preoccupied with zombie apocalypse that’s happening. 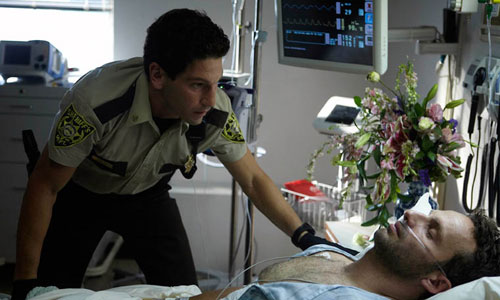 The Walking Dead starts off with main character Rick awaking from a coma of undetermined length. It’s not the only horror story to use this dramatic ploy. 28 Days Later also uses the technique of slowly revealing a world gone awry. Both these films owe their endings to a previous 1962 sci-fi flick by the name of Day of the Triffids. Soap operas use the technique in a more real world sense. Usually an actor is waiting on contract negotiations and the coma is a device in the plot used to both hinge dramatic suspense and write off, or revive a character. A man lies in a hospital bed totally vulnerable, while chaos stirs around him. Usually we care for this character, and it’s torture for us, to see them go unaware. Especially when their is so much scandalous behavior going about. 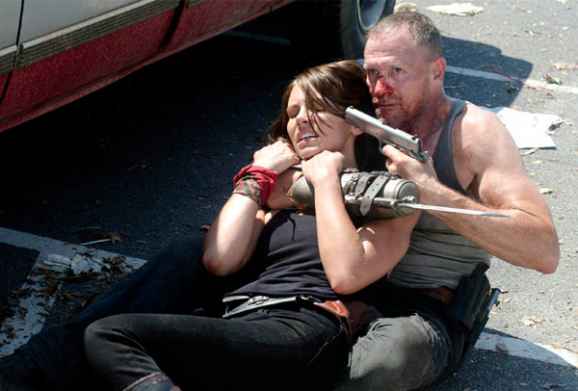 When ever kidnapping does occur in The Walking Dead the victim always seems to be Glen and whom ever is accompanying him at the time. Perhaps it is a reflection of kidnapping exercised in the American Soap Opera, where usually a baby is the victim of this crime, which I guess technically makes it babyknapping. What exactly does kidnapping do? It creates separation, detachment, absence makes the heart grow fonder, and perhaps it’s never more apparent than when characters are kidnapped. Glen is a fan favorite on the show, and maybe a little of his fan base has to do with teenage fan boys identifying with him but I’d like to think the catalyst was the kidnapping. Kidnapping also gives our characters something to unite toward, like how Sophia’s absence gave the group a focus, Glen’s kidnapping united the group during their return to Atlanta.

1. People Coming Back From the Dead 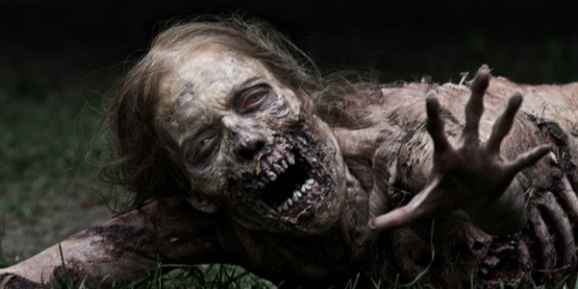 When ever some one dies in a soap opera and they’re popular enough, they usually make a return. There is always a way to bring someone back from the dead. Kind of like a super villain, you never want to write them off entirely, because audiences love to loathe the villains just as much as they love to root for the hero. Characters returning from the grave is enough to shock anyone because well… they’ve just done the impossible, transcend death. And perhaps that is the secret behind The Walking Dead and its success. Everyone who dies in this universe comes back from the dead. Unless of course, significant damage is dealt to their brain. We usually are astounded by the resurrection of a character, but here we are only met with horror.