AMC, creators of top rating shows such as The Walking Dead, Mad Men and Breaking Bad have announced a spin-off series (or companion series as they call it) for the aforementioned The Walking Dead. This companion series is not being released until 2015, and it has only been recently announced, so there isn’t much known about it so far. However; while the announcement is fresh I thought I would take a look at a few speculations going around the web and speculate a bit myself. 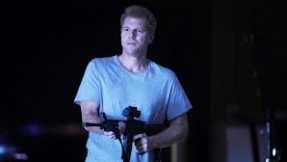 Some of the more popular speculations going around are about origin tales. The theories suggest that this next season could be an origin story for one or more of the characters whether presently in the TV series or one of the recent characters in the ongoing comic series. TV Guide speculated on some of these possible origin stories. They suggested popular characters such as Michonne, and her two walkers. They also suggested minor characters like Morgan, who helped Rick out in the season one premiere, and only just recently appeared again in season three. This story of Morgan could take place either before meeting Rick for the first time or like the TV Guide article suggested between his meetings with Rick. Alternatively it could be after he meets Rick for the second time, what happens to him after that. Also in the articles by TV Guide and International Business Times, which speculated on what this new series could be about, the Center of Disease Control (CDC) was a favored option for both of them. They both discussed how this companion series could follow Jenner and the CDC’s crew struggles to understand the virus and find a cure leading up to the point where Rick and his group end up arriving there. TV Guide’s article even went on to say that this companion show(if it was about the CDC) could tell the tales of other centers around the country/world and show how they are holding up in the wake of the plague of walking dead.

One of the theories that I liked the most was the idea that this could be an anthology series. This was proposed by TV Guide and sounded the most intriguing. The speculation stated that this would basically be a series of origin tales, about all the characters who have died in the ongoing TV series. Each season would focus on a different character, or group of characters as it may be, telling their story up to where they entered the TV series. This idea was discussed with relation to Amy, Andrea and Dale, as one example, and Merle or the two men Rick killed in the bar as other examples. If this was an idea they went with, two more good examples would be Martinez or Tyreese and his small gang, as Tyreese featured prominently in the comic books, also audiences want to see his story presented on the TV series. 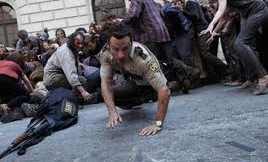 Personally, I think that this companion show should be about a complete new set of characters trying to survive in this new world. I would like to see the story develop from the beginning of the plague maybe, if they were basing it in the same area, a fight through infested Atlanta or even, if it was located somewhere different from the show and comics, in an urban area to see how people there were affected. I think the show should follow the same types of issues as the original and have a cast of characters that have all had their different losses and struggles. The characters are what make The Walking Dead so effective, without being closely invested in their stories it would lose its popularity, therefore this new show to be successful it will need to have this same sort of impact on audiences. If Robert Kirkman, Frank Darabont and the others working on The Walking Dead, went with this sort of show they could always have cameos with Rick and his gang to connect to the main series if they wanted, and that would be a nice addition for fans to see.

When AMC announced the companion series Robert Kirkman was quoted as saying “The opportunity to make a show that isn’t tethered by the events of the comic book, and is truly a blank page, has set my creativity racing”. This is a promising statement as it seems to mean Kirkman is going to give his audiences new stories and events, and maybe even some new information, about the plague of walking dead and how it has affected the world. In line with my above speculation the announcement also has the president of AMC, Charlie Collier mentioning “an entire new story and cast of characters”. However this could still apply to the origin story theory as the characters involved in the present series’ most likely would have had companions in the past who didn’t make it in the new world. However these brief snippets were all that was contained in the announcement and this is just looking into what they could mean… it’s up to you to decide ultimately.

The announcement of this show was only a week or so ago and the show isn’t scheduled to appear on our screens until 2015, so all this is just speculation until we know more. No doubt more will be revealed about this show early to mid-next year and then more speculation will be around on the internet, most likely with links to the ongoing comic series but until then fans will just have to speculate and patiently wait until they get their next Walking Dead fix on October 13th with the premiere of season four.