The Unicorn: An Argument for the Non-Existence of Privacy

The right to be left alone and the right to control information are the two key definitions of a freedom upheld by common law, constitutional law, and statue; privacy. As individuals, we feel an entitlement to our privacy which includes the expression and regulation of both the latter definitions. Thus, once infringed upon many questions arise in the outcome; especially within a court of law. In terms of legal proceedings, privacy is usually seen as a moral debate about its priority over the reasons for infringement or vice versa. Yet, in such an age of technological advancement, privacy no longer seems to be a freedom but rather free to be infringed upon by anybody or body resourced to do so. Thus, this paper will argue privacy is vulnerable to the reaching hands of resourced bodies whose infringement, if and only when realized, make this freedom exist but only as a mere product of knowledgable outcomes. Furthermore, if the issue of privacy is brought into existence, it is dealt with in a consequentialist manner solely concerned about the who, what, and why of those infringing and being infringed upon to determine justice.

You go on Facebook and post a location, Instagram and post a photo, or even gardening behind the high walls in your backyard, people can see almost everything you do if you allow them or not. We see things like “privacy settings” on our social media pages and feel a false sense of safety and comfort when in reality your information could be passing to others online or even through word of mouth. Until then, with all the personal information one was so freely willing to provide, privacy was not even a thought. The previous is true until someone you did not know comments on your location on Facebook, steals that picture you posted on Instagram, or you catch the neighbor peeking over those high walls while you garden. It is only once such infringements become knowledgable does privacy come into existence.

These online entities or even the nosy neighbor were all resourced to observe you as they did. Yet, one may argue that the provided examples are too transparent to prove the first claim of my thesis. Therefore, allow me to provide an example relevant to a world many of us have encountered in our lives; the workplace. Think of the time you had to apply for a job and looked down at the application form to see the list of necessary information required. Social insurance number, date of birth, citizenship, and address are some of the common requirements for most jobs.

Let us then fast forward to the day of that nerve-wracking interview where you are asked not only workplace specific questions but also personal information such as your religion, ideologies, or health status. It has been noted as a population, we rarely reconsider or question what is being asked of us while applying for a job (DesJardins, Hartman, MacDonald, 335-399). The latter also applies to when an individual is active in the workplace as it is common to be monitored by their employer, whether it be through the observation of emails or screening of phone calls (335-399). It is only when a lapse in employer observation or realization of infringement by the employee does privacy come into existence in the workplace. This is because up until that point any notion of privacy was overlooked in the hopes of social or personal gain. Why is this example less transparent? Simply because such entities as the workplace are powerfully resourced bodies- either in general or compared to the employee- as well as apart of the personal supply and demand system; I work for you and you provide for me. Thus, privacy is rendered irrelevant and even when it does become a question many cases are split between the employer and employee based on a consequentialist approach(335-399).

To elaborate on the latter and further solidify my thesis consider possibly one of the biggest privacy debates of all time; Edward Snowden versus the National Security Agency. In 2013, Snowden would leave his job at Booz Allen Hamilton and fly to an undisclosed hotel in Hong Kong (Citizenfour). It was here he would allow himself to be filmed and provide information to journalists Laura Poitras, Glenn Greenwald, and Ewen MacAskill about the NSA’s unauthorized surveillance of the American population through various wiretapping means (Citizenfour). Snowden provided information of surveillance that could have been ongoing for years which proves that privacy is vulnerable to the reaching hands of resourced bodies. Furthermore, the latter shows that such infringements, if and only when realized, bring privacy into existence but only as a mere product of knowledgable outcomes. In other words, if Snowden had not provided this information, especially with the knowledge that hundreds of others just like him knew of the NSA’s surveillance, who is to say how long this could have lasted without the American population’s knowledge.

It would be information that would prove long standing theories of secret government surveillance, yet in essence would change nothing. Snowden would be labelled, socially and legally, as a traitor and flee to Russia for asylum where he is believed to still be while the NSA would receive nothing more than the equivalent to a slight look of discomfort whenever they entered a working class bar (Citizenfour). This is because, as the thesis states, the issue of privacy was dealt with in a consequentialist way asking the who, why, and what of those infringing and being infringed upon. The infringing NSA claimed and upholds that the surveillance was used to combat a post 9/11world, stopping terrorism from happening (Citizenfour). A person, especially one under the employment of the United States government, who discloses this information of national security to the public is a traitor that should be arrested for high treason. One would assume that Snowden’s information would clearly appeal to the rights and freedoms of all people over those in positions of power. Yet, publically, this debate is not so clearly understood as many are divided over Edward Snowden the hero or traitor. This is because justice is being determined by the who, why, and what of the situation rather than determined by the intrinsic value of privacy as a right, thus reinforcing the first part of this thesis.

In essence, the Snowden case perfectly embodies the argument of this article but may still not be adequate enough to defend it. For example, one must consider a rebuttal on the grounds that this case, as well as the examples of privacy in the workplace I provided earlier, are representations of the individual versus the resourced body. When one makes this claim, it is to say that the individual alone is almost always less resourced than a body such as a corporation or government entity. Thus, this argument would only apply to obvious cases of unequally resourced parties and for that reason does not prove the non-existence of privacy or the consequentialist manner in which it is dealt with; it simply proves David and Goliath is a hopeful story. Therefore, allow me to address this objection by referring to a present day case of privacy involving two equal opponents; Apple and the Federal Bureau of Investigation.

While we believe the FBI’s intentions are good, it would be wrong for the government to force us to build a backdoor into our products. And ultimately, we fear that this demand would undermine the very freedoms and liberty our government is meant to protect.(Cook) 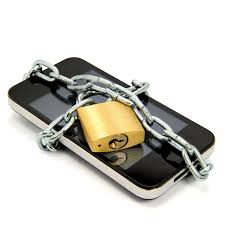 With equal opponents now in play, allow me to combat the latter objections to my thesis. Cook has now sparked the consequentialist debate for the public to ask the who, what and why of this matter before any privacies could be infringed. Once again, privacy as an intrinsic right, which Cook is appealing to in his address, is not uniform in this debate because of the consequentialist manner in which it is approached and viewed; many believe the FBI is right in their demands and many believe Cook is.By appealing to the public first, the Apple CEO reverses the order in which the argument has been presented through his publicizing of the FBI’s request. Yet, such an action does not disprove my thesis but further solidifies it. By doing so, Cook has proven that privacy is a product of knowledgable outcomes; if he had not informed the public of the FBI’s request then when or how would we know if this debate was taking place or furthermore if the request had been accepted.

Also, the fact that the FBI requested access to the products does not coincide with the definition of infringement which is to break or violate the law. For example, consider how the FBI dropped the case because they were approached by an outside source who helped them gain access into the IPhone (Digital Trends Staff). If the FBI had never asked Apple for permission and this source had been available to them sooner then infringement would have been fulfilled. With that in mind, if the FBI would have done the latter -which there is a strong reason to believe they could have as Edward Snowden stated at the Common Cause’s third annual Blueprint for a Great Democracy conference-this proves privacy is vulnerable to the reaching hands of resourced bodies whose infringement, if and only when realized, make this freedom exist but only as a mere product of knowledgable outcomes (Common Cause`). This conclusion also rebuttals the claim that this thesis only applies to a vastly unbalanced dynamic in resourced entities; the corporation versus the individual. Yet, Apple being a billion dollar industry and the FBI being a powerful government agency shows that such infringement is possible between any resourced parties.

Whether it be the individual versus the corporation or the corporation versus the corporation, the idea of privacy is vulnerable to infringement by those resourced to do so. The key word to consider here is privacy is an idea constantly disregarded by the individual or powerfully resourced body in our present technological society for further benefit. Only when an infringement to privacy is realized does it shift from the realm of thought into existence making it a product of knowledgable outcomes rather than a freedom to be upheld and enforced. The latter is evident through the consequentialist manner privacy is litigated and viewed with; it is not what is intrinsically just but the who, why, and what of those involved that determines the justice. Therefore, think of privacy as a unicorn, it is not real but you can always put a horn on a horse and parade it around; as long as you can pay for the horn.