What Does ‘The Returned’ Offer to the Zombie Genre?

The breakthrough French drama The Returned (Les Revenants in its native broadcast) has garnered widespread critical acclaim since it first aired in late 2012. Earlier this year, the show made it to Belgium and Sweden, and recently aired its first episode in the UK, making it the first foreign language serial drama in over 20 years to broadcast on Channel 4. So what’s so good about it? Well, first and foremost, The Returned can be classed as a zombie thriller. But if we take a closer look, this is no regular zombie show.

Based on the first episode alone, it is clear to see that The Returned is a series that prefers character-based drama over shambling corpses and overarching plot themes over shock and gore. In the case of this show, the traditional “zombie” stereotype is subverted and given a HBO-style makeover. The result manages to reinvent the zombie genre as a classy, supernatural drama. Let’s take a look at how The Returned adheres to, but also breaks away from, the typical conventions of the zombie genre. WARNING: Possible spoilers ahead.

The Dead Walk Among Us 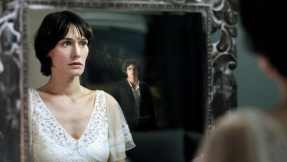 While this may be a bit of an obvious one, it’s just not a zombie show without a few reanimated corpses. The Returned opens with a coach-load of students making its way across the Alps, only for the driver to lose control sending everyone on board off the side of a mountain. It may sound a little cliché but what sets the story apart are the events that happen four years later. Camille, one of the students, walks away from the scene and returns home with no memory of what happened. Her sudden homecoming comes as a shock to her parents while Camille seems unfazed by the ordeal. This is the first distinct break away from the typical zombie genre. Not only does Camille appear to be alive and well, but she also doesn’t even realise that she’s actually dead.

Later we are introduced to ten-year-dead Simon who is in a desperate search for his fiancée only to find that she has moved on in his absence. Like in many zombie features, the nature of how the dead are suddenly returning at this time is unknown. This allows the audience to fill in the blanks with regards to how the ‘zombification’ occurs. We begin to see some possible speculation about this in The Returned when two dam workers happen upon irregular readings in the area. Whether this is dwelled upon, however, remains to be seen, which brings us to our next point. 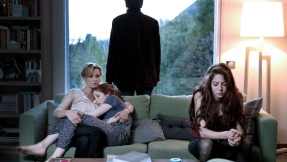 Many films and TV shows in the zombie genre focus on the element of survival. “We have to make it out alive” generally takes precedence over “How did this happen?” However, it is the latter of these which seems to be the focus of The Returned. The show, currently consisting of one eight-episode season with a second season due to air in 2014, is a serial drama following several plot threads at once. The pacing is slow to begin with, but the plot soon starts to unravel all while playing its cards very close to its chest. Critical reception has largely focussed on, and praised, this aspect of dramatisation, with French newspaper Libération likening the atmosphere of the show to that of David Lynch’s Twin Peaks. The style of slowly building plot and character crossovers within individual stories indicate that creator Fabrice Gobert takes a lot of influence from the 1990 drama.

This is not to say that there is no element of survival here. In the wake of the coach accident, a support group for the parents of the victims is established. Those coping with their losses display a mixture of fragility, anger and emotional instability. It is this idea of coping that allows The Returned to twist a typical convention of the zombie genre; those left behind struggle to survive emotionally rather than physically. The slow pace of the action here allows the audience to engage with the show on an emotional level too. The viewer cannot afford to be distracted from the screen for a single second since the action and dialogue unfold on-screen together through visuals and subtitles. 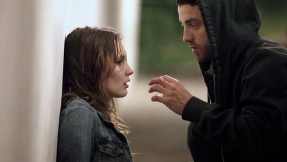 In a break from typical zombies who are devoid of any human emotion, those who ‘return’ begin to struggle with their own circumstances. The scene in which Camille finds out that she actually died four years previously is a pivotal moment for the character, and for the show. In the scene, Camille comes face to face with her twin sister Léna. Since Camille appears as she was at the time of her death, the noticeable age difference between grown up Léna and teenager Camille causes both girls to break down. The ‘returned’ have no desire to corrupt and destroy those around them, but to continue with their lives as normal carrying the burden of what they are.

The blood and gore commonly associated with the zombie genre often leaves the audience somewhat desensitised, and the prolonged exposure of this leads the viewer, not only to accept the gruesome visuals, but to expect it as an inevitability. In a similar way, the lingering sense of drama and absence of graphic violence forces the audience to expect more of the same. This constant sense of realism serves to shock, therefore, when bloody violence is eventually depicted in The Returned. In one particular scene we see waitress Lucy murdered in an underpass. As we see a mugger stabbing Lucy repeatedly in the stomach, the level of graphic violence on show is extremely brutal in comparison to everything we’ve seen before it. Had the scene been preceded by depictions of violence on a similar level, the impact of this would arguably have felt a little watered down.

Typical aspects of the zombie genre are definitely present in The Returned in one way or another, be it in the portrayal of graphic violence or the more subtle notes of characters having to survive in undesirable circumstances. It could be argued, though, that The Returned is simply a serial drama that just so happens to contain the living dead. Nevertheless, this fusion of genres – of the realist drama and the supernatural thriller – has proved to be a winning formula with the show breaking audience records for its original broadcaster, Canal+. The show allows fanatics of the zombie genre a gateway into the world of high quality drama and vice versa, giving viewers of conventional drama a chance to look into more supernatural elements of TV fiction. The Returned doesn’t reinvent each genre as such but manages to twist them both together to create something original, giving the world a chance to embrace this modern masterpiece of an otherwise overlooked TV market.

Posted on Jun 15, 2013 by
Jamie Walsh
Creative Writing graduate in the UK with a keen eye and ear for TV, music and video games.
Follow