What will the loss of Karen Berger at Vertigo mean to the comics industry? 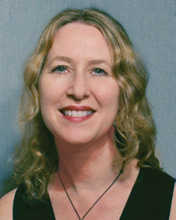 With Karen Berger officially stepping down as head of Vertigo Comics (was she pushed?), things will change. I agree with a tweet by Mark Waid that essentially states there is no point of filling her position as it will probably not exist in a year.

DC Comics has had only limited success with edgier, creator owned imprints prior to Karen and the establishment of Vertigo. Piranha Press was a short term success, mostly due to the creators involved, but the editorial situation there was a mess. Once Piranha folded, just as previous attempts had, there was a void at DC. Jeanette Kahn had brought DC back from the brink and saw, in Karen Berger, the chance to fill the creative void.

Under Berger, Vertigo became THE place for creators to bring ideas. In most cases, creators kept control of their ideas and reaped the benefits. Upper management well above Kahn and her eventual replacement, Paul Levitz, had a problem with the fact that DC made little to no money from the properties at Vertigo. Management also had very little control in how to exploit these properties across other media. That didn’t last. Berger was steamrolled and Vertigo contracts became much stricter, curtailing some of the creators’ rights.

After those changes, Vertigo lost any chance at getting new creations from the top names in the industry; Gaiman, Morrison and Pope all backed away. Many other talented creators went to other companies as well, leaving Vertigo with less of a market share in the industry and a smaller talent pool to draw from.

Now after months of restructuring that left Berger mostly powerless, she is leaving DC entirely. I wish her the best and hope that she stays in the industry. Regardless of she does, it is a safe bet that Vertigo will all but die. The corporate short-sightedness at DC will doom Vertigo to become a name only. High end creators will continue to go to Avatar, IDW and Boom. Even Marvel will probably grab some creators for its Icon imprint. 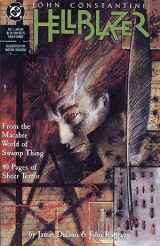 DC has ripped away its long time Vertigo characters like Swamp Thing and Constantine and will take away anything they feel they can exploit. Once the corporate raping of Vertigo is over, the husk that is left will be folded into DC’s main editorial body and exist in name only.

The only potential positive I can see here is the inevitable rise of more and better independent publishers. In the 1980’s, Marvel and DC had a strangle hold on the industry. The lack of publishing options created a potential marketplace. To fill this niche publishers, like Comico, Dark Horse, First, Pacific and Eclipse came along. While only Dark Horse is still thriving, great creators and comics came out of all of these companies.

So here is my wish, Karen Berger will create her own publishing company and populate it with the dozens of creators that WILL flock to her from DC and other companies. The new rush of creators and smaller publishers will join this renaissance and become a real force in the industry. Could we be looking at an early event of the next Golden Age of comics? I do not know, but I sure can hope!

Posted on Dec 5, 2012 by
Taylor Ramsey
While I quietly wait for a really good excuse to go on an interstate mayhem spree, I read comics and watch movies. While I do the "writing" here, my wife makes it readable.
Follow