YouTube’s Content ID, an automated copyright-violation-fighting bot (a piece of software that can be programmed to complete simple and repetitive tasks), has recently been flagging hundreds (if not thousands) of game-related videos. The sweep of messages has targeted YouTube channels that create video game reviews and play-throughs using visuals or audio from games, and use the monetise function to make a livelihood from their opinions, just like any other critics in any industry. Whilst the relationship between YouTube, game publishers and video creators has never been stable there has been a mutual understanding that all parties want to make money, and their dependency on each other has kept this relationship afloat.

YouTube has completely changed the gaming and online community, with a much wider access to game reviews and play-through compared to the 3-minute trailers or 2-page article of old. Due to YouTube’s domination of the online video sector, video creators see it as the best place to get their videos seen and, with the ability to monetise their large audience, make a living off their uploads. Game-related YouTube channels are one of the most popular on the whole site, so many would have thought it in YouTube’s best interest to keep them running. Money again lies here for the game publishers themselves, as although the video creators are technically using copyright footage/music, this often comes from the game itself and is used to promote, critique and generate interest about the game. This inevitably increases sales for games, as increasing numbers of today’s gaming audience have a strong interest in the internet and the games and content it has to offer.

One of the more strange aspects of the recent YouTube clamp down on copyright material is that it is not just a regular sweep of videos. Whilst the Content ID bot is flawed in that it doesn’t look at anything apart from the content of the video, and even then it ignores the commentary from the video creators, who often at the start of their reviews clearly state they do not own the video content, and are not intending any copyright infringement. Another specific section of game reviews being targeted are those that make money from large amounts of traffic. The monetise function employed by YouTube rewards users who have a large following by paying them for the visitors they bring to YouTube. However it seems that Google has turned on it’s users, with many flagged videos being kept up, but the monetise function being taken away from them. This seems rather absurd, like telling a successful journalist that they can’t make money for their opinions, which would violate many Acts, not limited to the Freedom of Speech, and the Freedom of The Press.

Whilst many could easily jump to the conclusion that the blame lies with game publishers who, in a desperate attempt to increase revenue, have called for the culling of videos that contain their copyright content, this is not entirely the case. Many large scale game publishers such as CapCom, Blizzard and Ubisoft have offered their support to their fans and video creators, making it clear that despite the technicalities of video game content usage, they are happy for people to use their content to review and generate interest for their releases. 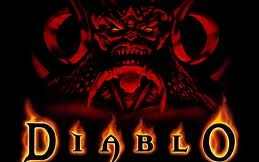 “If you’re a YouTuber and are receiving content matches with the new changes, please be sure to contest them so we can quickly approve them,” tweeted Blizzard, publisher of the Diablo series.

Capcom wrote: “YouTubers: Pls let us know if you’ve had videos flagged today. These may be illegitimate flags not instigated by us. We are investigating.”

Earlier this year, Nintendo announced it would take a share of advertising revenue generated from gameplay clips – a decision dubbed as “backwards” by some of the company’s fans. The company defended the move, saying it was necessary to ensure content could be shared across social media, and that the alternative was to block it altogether.

Whilst not all game publishers have protested against the recent flagging and forced removal of game-related videos, YouTube has largely ignored the responses of fans and publishers alike, stating that as the content being used is protected by copyright, they want to be in no way responsible for any infringements. Whilst the Content ID has prevented YouTube from being a virtual dumping-ground for illegal copies of film and music, the gaming community does more than download and upload, with many of the targeted videos featuring talented and enthusiastic gamers, giving their peers an insight into a game so that they can make an informed decision on what to spend thier money on. To censor this would be like removing the reviews off a product on Ebay, inevitably keeping customers in the dark, and increasing the numbers of unsatisfied customers.

In some rare and frankly pathetic moves by some companies, YouTubers have had their videos flagged even if the content does not violate any copyright laws. A prime example of this is YouTuber TotalBiscuit. His channel is one of the most popular for it’s game reviews and wider gaming culture opinion-based videos. The channel amongst many other has been targeted by the Content ID bot, but some of the videos removed from TotalBiscuit’s channel did not feature any content from the game. It appears that the only reason for the video’s removal was that it was a negative review of the game. This scenario shows a more active part being played by the game publishers in censoring people’s opinions, which sparks a moral debate in that the game publishers want to generate sales, but are misleading customers by allowing only positive reviews to remain public. 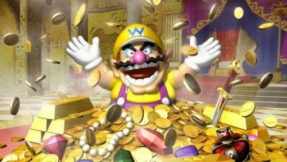 Whether YouTube or the game publishers are to blame, the YouTubers themselves have continued to be the victims, with only the large and well-known gaming channels having the claims against them retracted, meaning many channels have been permanently shut down in-line with YouTube’s three-strikes method concerning flagging. One of the main issues surrounding the use of copyrighted content is that the law is very out-dated, due to the understandable struggle to keep up with the advances of the internet and the sometimes surprising turn of events surrounding it. Publishers and YouTube have taken advantage of the lag in the law, and have turned on their fans and followers, in turn losing around a third of content, and millions of subscribers.

Posted on Dec 14, 2013 by
Louise Egan
Writing most fervidly about film, animation, comics and games, but you'll get articles on almost anything if it catches my eye. Not afraid to criticise as well as champion.
Edited by Michelle Webb.
Follow

YouTube Japanese Cookery for the Obscure and Adventurous
The Impact of the Princess Rap Battle
Critic vs. Chick: Who Does Nostalgia Better?
On Cancel Culture
Celebrity & Pandemic: Is Celebrity Culture Dying?
An Analysis of “Spilling the Tea” on YouTube
Different forms of product placement in mass media