5 Doctor Who stories to read before the mid-series premiere

In 1963, a television show premiered in Britain by the name of Doctor Who. No one could have known that the show would last 50 years through not only television, but films, books and audio dramas. The show has a storied history, with 11 different leads and close to 100 companions. Despite the occasional hiccup, the series has provided fans with 50 years of entertainment. In case you’re not already excited for the premiere, here is a list of books to help you get in the Doctor Who mood.

5. The Face of Evil by Terrance Dicks 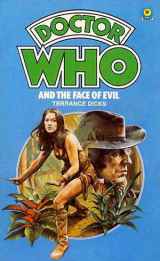 Like many books that will appear on this list, this is actually a novelization of a television serial. The Face of Evil occurred during the Tom Baker years, which stretched from 1974-1981. What makes the book interesting is the first meeting of the Doctor and Leela, who served as a companion for a short time during Baker’s historical run. The book itself is an interesting adventure that takes place in a primeval forest where the Doctor must battle an all-powerful computer and escape from two warring tribes.

While Leela isn’t the Fourth Doctor’s most well-known companion, she did fill a void left by Sarah Jane Smith, played by Elisabeth Sladen. Both characters were strong females, though Leela is recognized as one of the Doctor’s most violent companions, that title is evident in this novelization of the classic TV serial. This book is recommended for any who love the Fourth Doctor and even those who haven’t yet seen the classic series.

4. I am a Dalek by Gareth Roberts 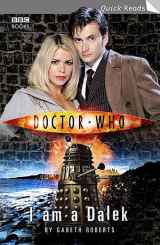 I am a Dalek is part of the Quick Reads Initiative, where novellas under 128 pages are used to encourage adults to read more. This novella succeeds at what it attempted as they were able to create a short read that captured David Tennant’s Tenth Doctor in all his essence. The story also features a Dalek, which helps make this an entertaining read. With less than 20 days till the mid-season premiere, this story might be a great way to get in the Doctor Who mood.

The story takes place in a small Earth town where the shell of a Dalek has been found in an archaeological dig. Separated by the Doctor, Rose soon sees an event that not even she can explain. This all causes city-wide chaos.

The Doctor’s companion in this one, Rose Tyler, was named the best companion, according to Newsround. While her character rarely translates well to a written page, Roberts was able to do so in a way not previously achieved. This novella is recommended to most fans of the series, especially ones who miss the Tenth Doctor.

3. Planet of Fire by Peter Grimwade 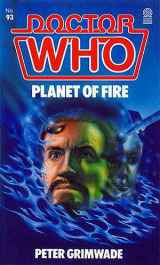 This novelization is of the serial, Planet of Fire, which was the Fifth Doctor’s second to last adventure before his regeneration. While the Peter Davison had the misfortune of replacing Tom Baker and the occasional poor writing, he was lucky enough to have two of the most interesting serials in Classic Who history. While his final story, The Caves of Androzani, has been voted as the best classic episode, this is a better read as The Caves of Androzani is best seen on a television.

Planet of Fire involves the Master regaining of his robot slave Kamelion, who then attempts to take control of the TARDIS in hopes of reaching the planet Sarn, which has healing gases that will restore him.

What makes this one an interesting read as it features the Master, a well-known enemy of the Doctor. While it doesn’t feature as much as other stories, his presence can make any Doctor Who tale interesting. Reading this might be difficult if you’re not a fan of classic Doctor Who.

2. The Auton Invasion by Terrance Dicks 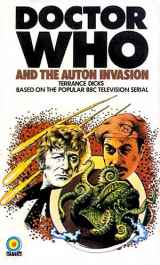 The Auton Invasion might not sound familiar to some, who would better know it as television serial, Spearhead from Space. I’m not sure why they changed the name of the story, it might have to do with it being one of the first of the novelizations. What makes the story interesting is that it takes place after the Second Doctor’s regeneration, thus making it the Third Doctor’s first adventure. It features the Third Doctor awaking on Earth having been exiled by his fellow Time Lords. This story just works better in print as it captures your attention and can still keep you entertained, even though it was written almost 40 years ago.

The story also introduces Liz Shaw who appeared in 25 episodes with the Third Doctor. The episode also was where Brigadier Alistair Lethbridge-Stewart becomes a regular cast member. Lethbridge-Stewart might sound familiar to fans on any classic Doctor as he appeared with the Third, Fourth, Fifth, Sixth and Seventh Doctor. This story helps show why he appeared in many episodes with many different Doctors.

Like most of Dicks’ work, this story implants the necessary visuals that make novels so entertaining. Out of all the classic Doctor Who adventures that I have read, this is by far the most entertaining. Based on the subject and writing, this book is best for young adults who are fans of the classic series.

1. Night of the Humans by David Llewellyn 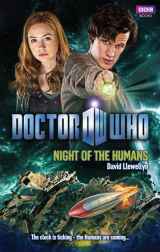 Night of the Humans was among the first of the Eleventh Doctor novels and serves as one of the perfect ways to get in the Doctor Who mood. It follows Amy and the Doctor as they find themselves caught in between a war between Humans and the Sittuun. After the Doctor is kidnapped, Amy seeks the help of Dirk Slipstream, a fellow space traveler who might be more dangerous than he appears. The novel is 246 pages and averages 4 stars on many different book websites. The novel is written for all ages, though it is aimed at a Young Adult audience.

The novel doesn’t feature the Doctor too heavily, but it still captures the Doctor bantering with his female companion. This is before Rory was made a lead, so there is a bit of flirting in the early Eleventh Doctor books, which we all might have to get used to now that he has a single female companion again. Out of all the books on this list, this is the most accessible and easiest to find. If you were to read one book in preparation for the mid-series premiere, let this be the one.

Posted on Mar 12, 2013 by
Austin Bender
I attend college in hopes to one day work in film or theater, but until then I write reviews on the subjects I love.
Follow