Comic book movies have become big business in Hollywood in the last two decades. With The Avengers dominating 2012’s box office, studios are looking for more and more ways to milk this particular cow for all its worth.

While we all wait breathlessly for the 2013 movies, I would like to suggest some forgotten gems from the past. Some of these have simply been forgotten over time, while others never really found their audience or were not associated with the original comics that inspired them. While these may not have all been the most faithful adaptations of the source material that is not always what makes a good movie.

5. A History of Violence 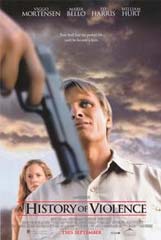 It always surprises me how many comic readers don’t realize A History of Violence was based on a comic. Perhaps it was all the critical acclaim this film garnered. Is this unawareness an example of the secret self-hatred in the hearts of many geeks? The 2005 release pulled in two Academy Award nominations, a BAFTA nomination and was on numerous film critics ‘best’ lists for the year. While it was not a faithful adaptation, it is an outstanding film. It is a moody, dark and profoundly unhappy movie that captured what it needed from the book yet managed to be completely original at the same time. 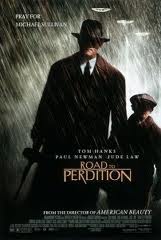 Road to Perdition is another critical darling. Many of the film’s fans continue to be unaware of its roots in comics. Being a more faithful adaptation of the book meant that this was a film comic purists might be more willing to get behind, but the bulk of the ticket sales came from the general movie going public. This is a quiet and beautiful film. Director Sam Mendes (American Beauty) tells his story with less dialog than the comic. He relies heavily on cinematography (which won an Academy Award) and imagery to set the mood. The music plays a large part in setting the tone for this film. Nominated for a total of six Academy Awards, including Paul Newman’s eighth and final nomination before his death, this film is at the pinnacle of comic-to-film adaptations. And hey, any film starring Forrest Gump, James Bond, Doctor Watson and Cool Hand Luke just HAS to be good, right? 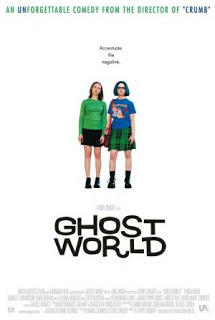 I had a hard time with this film at first. I only rented it because it was a comic book movie. I found a little too much of the sullen teen angst that I supposed became ’emo’ culture. I had not read the original book but after seeing this film I searched it out. Maybe it was my mood at the time, but I found the book too heavy. As pure entertainment, I preferred the film to the book. Both are excellent, but the film is a little less dark plus it has Thora Birch and an almost unrecognizable Scarlett Johansson. I felt okay liking the film more since the book’s creator Daniel Clowes also wrote the screenplay and earned an Academy Award nomination in the process. A little dark and moody, this film is still worth a look.

Okay, this one is a little harder to justify. I will admit that a LOT of fans did not care for the movie’s version of this story. Flaming Carrot Comics by Bob Burden was never more than an underground cult book but the following is a loyal one. Most of the characters were significantly altered from the book and fans hated the idea of Ben Stiller at all and. Let’s face it; Flaming Carrot was never going to get a faithful adaptation. The premise of the comic does not work well and the story and characters were constantly changing. Judging the film as it is, it’s not bad. It is even very funny at times. Paul Rubens as The Spleen and Greg Kinnear as Captain Amazing were a hoot. And it is always fun to see Geoffrey Rush ham it up. His turn as the villain, Casanova Frankenstein, is worth the cost of the DVD alone! 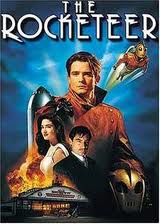 Arguably the best known and most fondly remembered movie on this list, Dave Stevens’ The Rocketeer was an attempt at a fun family oriented hero for the big screen. Initially considered unsuccessful by the studio, the film more than covered its costs, has been fairly popular on home video and was recently released on Blu-ray. A very faithful adaptation, this is also a really fun movie. It captures the feel of the period and delivers family fun and excitement in a gorgeous looking package. There is Jennifer Connelly as Bettie. Yes, oh yes. And for the ladies Billy Campbell, as the title hero, is pretty hansom too (I guess). This is a property that has been rumored for a possible reboot and I say ‘yes’ to that!

Carry on to the next page for an honorable mention…

I’m going to cheat on the movie premise here a little and offer these two documentaries about DC comics. I feel compelled to mention them because it seems that very few people have actually seen either of these films. 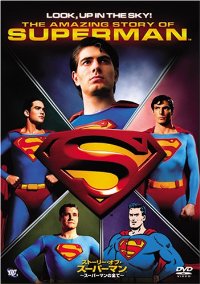 The first, and likely the more viewed of the two, is Look, Up in the Sky: The Amazing Story of Superman. This documentary was produced as a tie-in to the release of Superman Returns and is a solid look at the history of DC’s, and perhaps all of comics’, most well-known character. Narrated by Kevin Spacey, Look Up, is a nearly two hour voyage into the story behind Superman and the many, varied fortunes of the ‘Big Blue Boy scout’. Great interview segments with everyone still living associated with the character make this an entertaining and valuable historical document. The documentary is available alone or as a part of the Superman Movie Collection. I cannot recommend it enough. 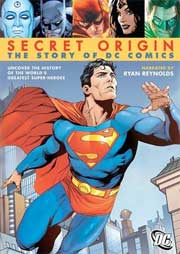 The other documentary I want to recommend is Secret Origins: The History of DC Comics. This is a newer and more general look at DC but if you are looking for a history of the company, starting with the Golden Age, this is it. Narrated by Ryan Reynolds, this film is a loving tribute to be sure. Like the Superman film, there is no mention of the darker aspects of the company’s history (i.e. Jerry Siegel and Joe Shuster’s battle over the rights to Superman). But these are not the kind of films to look at dark times. They are a happy look-back at comic book history and something comic fans everywhere can love.

Posted on Nov 28, 2012 by
Taylor Ramsey
While I quietly wait for a really good excuse to go on an interstate mayhem spree, I read comics and watch movies. While I do the "writing" here, my wife makes it readable.
Follow