A quick look at the works of Peter David

A few weeks ago, over the Christmas holiday, Peter David suffered a stroke. Self-described as a “writer of stuff”, David has had an amazing career in prose novels, television, film and video games. He has cemented his place in the history of the comics medium with work on Marvel’s X-Factor series and his amazing 12-year run on The Incredible Hulk. I thought I would take a few moments to talk about his amazing career so that those unfamiliar with his work might take a closer look.

While most fans are familiar with David’s comics work, he has a great deal of writing on display outside this medium. One example is David’s work in the Star Trek universe which has been among his most well received. He co-created the New Frontiers series and has penned such favorites as Imzadi and Q-Squared as well as co-wrote actor James Doohan’s autobiography. David’s prose novels have become increasingly popular in recent years. The Sir Apropos of Nothing and Knight Life series became New York Times bestsellers and saw David’s writing presented to an even wider audience. In 2011 David co-founded Crazy 8 Press, a self-publishing venture for new prose works designed for eBook distribution.

I was fortunate enough to read David’s first published comics work, issue #107 of Peter Parker, the Spectacular Spider-Man in which the Death of Jean DeWolff story started. I am a bit embarrassed now to admit I didn’t like it very much and have never revisited the story. When David was given the writing duties on The Incredible Hulk I completely failed to read them but when I finally did, a few years into his run on the title, I was blown away. So when David was assigned to write X-Factor I gladly followed. David turned X-Factor from a marginally readable book into THE book to read. X-Factor was funny, hip and cool. With artist Larry Stroman, David created a fun book that never took itself too seriously and was always entertaining. Sadly, within a couple of years David left X-Factor behind because of editorial conflicts and went on to other projects. 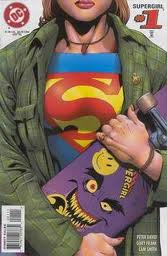 David moved to DC Comics and had very memorable runs on Supergirl and Aquaman, showed a greater versatility of style and willingness to experiment with the core concepts of long-established characters. Supergirl fans loved his take on the character but the fans of Aquaman were more divided about David’s work on that series. Looking back now, the four year run David put together on Aquaman is one of the highlights of the character’s long history and has been viewed much more kindly with the passing of time.

In 2006 Peter David made a return to X-Factor. In his absence, the book lost all direction and was restarted a few times always with the results being awful. Coming into 2013, X-Factor is a top tier book once again with an entirely new take on the story. Reinventing X-Factor as a detective agency, returning to some classic characters and maintaining humor, David has proven that he ‘gets’ this book. Once he finally decides to leave X-Factor, I have no doubt it will once again be bungled and fail.

While his body of comics work is truly impressive, David’s prose novels have grown to be a huge part of his popularity. Nearly a dozen movie novelizations, double that in Star Trek and Babylon 5 books and several creator owned properties, have made David one of the most prolific authors working today. Series like Psi-Man and Photon (both written as David Peters earlier in his career), showed an early form of style that would later become his trademark. With Sir Apropos of Nothing and its sequels, David became a well-known author with his novels much anticipated by a large fan base. Now with Crazy 8 Press, David has been writing more prose with an eye towards eBooks and with considerable success thus far.

Fans of David’s writing can now download complete novels (The Hidden Earth Chronicles-books one and two) or ongoing stories in approximately 100 page serialized sections (Pulling up Stakes parts one and two). Pulling up Stakes is a different twist on vampires for people more than a little fed up with the more modern take on vampires (Sparklepires?!?). If you are a fan of David’s work or just want to acquaint yourself with his fabulous writing, this would be a great place to start.

To Peter: We wish you a speedy recovery sir and look forward to many years of your wonderful tales.