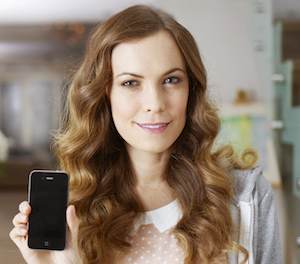 In a technology-riddled world populated by the virtuous and the vile, the twenty-first century proverb has become: “he who has the greater technology has the greater power.” Although advancements in technology have garnished mankind with glamorous gadgets and decorative devices capable of prompting previous civilizations to bow down in stupefied awe of the divine, trouble ensues when indulgence turns into obsession, and obsession inevitably turns into dependence. Where will our future descendants find themselves when even our most subtle behaviors and engrained activities are bounded by the unrelenting influence of technology? Charlie Brooker’s Black Mirror explores these veins of thought, taking viewers to the dark depths of human nature in dystopian worlds both imprisoned and bastardized by the far-reaching tendrils of technology. In addition to—or perhaps in spite of—winning the 2012 International Emmy for best TV movie/mini-series, Black Mirror disembarks from the sanguine island of normalcy, taking its audience to sinister yet authentic worlds plagued by technologically gluttonized notions of morality, self-worth, and power.

A high quality, fan-made trailer can be found here.

There are many reasons to watch this show. In no particular order, here are five.

5. It takes science fiction to a very real place

Every person in the world encounters tragedy. A cheating wife, a lost opportunity, all out war—there is a very present and inescapably dark side shadowing mankind that must necessarily exist in order to provide meaning and context to the good side. From the unforgivable choices made by a single person to the large-scale travesties infecting entire societies, Black Mirror takes us effortlessly into worlds that feel tragically familiar, worlds whose similarities with our own seem to only differ in time.

One of the most compelling features of this series is that it seems all too possible. While commenting on the highly anticipated third season, Brooker noted a setback that delayed production, specifically that one of the technologically fueled dilemmas planned for an upcoming episode actually came true in reality (Parker, 2014). While we can rest assured that some of the scenarios portrayed in the show wouldn’t be possible until much further in the future, others seem ominously possible within our lifetimes.

4. It is darkly enlightening

To some people, the best shows on television are those that uplift and motivate. To this type of viewer, television can serve as a therapeutic agent, acting as a catalyst for easing one’s mind into much-needed relaxation after a hectic day. But this is not what can be expected from Black Mirror, for it will most assuredly not fill the void in your nightly entertainment schedule that develops after the season finale of American Idol or Extreme Makeover: Home Edition. Instead, Brooker unapologetically incorporates highly inflammatory topics into each episode such as mass imprisonment, torture, and deteriorating political regimes, to name a few.

Black Mirror takes us to where human depravity meets shameless excess, it challenges our moral compasses in nearly every sense, and it forces us to engage with good people at their worst and bad people at their best. After each episode, one can expect to be left with a uniquely enlightened sensation sparked by a freshly acquired appreciation, hatred, or dread towards what may currently seem to be a mundane or inconsequential feature of life. Although it is wrong to confuse the series with one centering on conspiracy theories, it definitely pokes a satirical finger at those it feels are leading civilization down a troubled avenue.

3. Robert Downey Jr is turning an episode into a movie 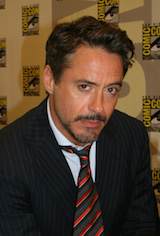 Ironman himself has bought the rights to the third episode of season one—The Entire History of You—with the intention of turning what is arguably the most psychologically haunting episode in the series into a full-length feature film (Child, 2013). Downey Jr.’s company, Team Downey, will produce the Warner Bros. film, which will be rewritten from the bottom up by up-and-coming writer Damien Ober. It has not yet been confirmed that he will star in the film, but Downey Jr promises to do justice to what many consider to be Black Mirror’s best episode. Although Downey Jr plans on completely changing the storyline, the prospect of a well-funded variation to this immaculately crafted episode has many people convulsing in feverish anticipation.

This episode explores a possible future where a technology is invented—the ‘grain’—that is implanted into the brain, thereby allowing everything seen by one’s eyes and heard by one’s ears to be recorded automatically for future viewing. No disks or flash drives required—just dial in the desired time on your key fob-sized controller and watch your memories unfold in front of you as if they were happening all over again. But some experiences should never be recorded, and some events don’t need a recording device to become forever embedded into the dark reaches of one’s conscious memory. The story decays into a dark and infernal nightmare when one becomes defined by his or her reservoir of memories, memories that ultimately become more real than the present.

2. It teaches Americans that the British can create a masterpiece series as well

Americans are a proud people. We tend to isolate ourselves within our own culture and then wonder why other societies think us to be so self-centered. This is somewhat odd considering that our society is in effect a 300 million people strong melting pot consisting of foreigners from every corner of the world. Regardless, there is a standardized taboo prevalent in countless households reinforcing the idea that film and television from other countries are somehow inherently unexceptional when held next to their American counterparts. The fact that American society is predominantly unilingual also fuels the unwillingness to look overseas for quality cinematic entertainment. Sadly, many Americans simply don’t want to bother with a movie or show that will take a sustained effort to enjoy—in the form of reading subtitles or decoding foreign accents.

To those of us who have realized the error in this thinking, whether American or otherwise, it’s painfully obvious that this vainglorious mindset merely deprives one from taking part in what really is a worldwide artistic conversation. Although one can hope that most readers here don’t embolden this unfortunate taboo, it seems inevitable that some still do. If you haven’t yet explored the world of international cinema, yet feel like venturing away from safe American film and television, look no further. As a British series, Black Mirror will ease the process of breaking your xenoglossophobic habit, while leaving you with a disillusioned thirst for more. There truly are excellent international shows and movies that completely escape the purview of the American masses—don’t miss out.

1. There are only six episodes

This might seem like a vice rather than a virtue at first glance—who wants to start watching a show when there are only six episodes? But consider what would happen if a production team took the same amount of creative energy and attention from a twenty episode long season and funneled it into just three episodes. You will undoubtedly be left with a product whose quality rivals that of film. This is precisely what we get from Black Mirror—a compact set of uniquely devised narratives rich in aesthetic structure with scripts given the necessary time to mature. Not only does Charlie Brooker’s award winning series give us great stories to contemplate, he also makes us question where the line in the sand separating television from film really is.

Of the two seasons aired so far, each hour-long episode encapsulates an entirely different storyline than the others, allowing viewers to watch the series in any order desired while also depriving them of any and all expectations regarding the next episode. It is strongly advised that instead of watching all six episodes one after another in a weekend (like I did), the viewings are spaced out, allowing one to fully appreciate and absorb each episode. Since the show is addictingly entertaining, this will be found to be an incredibly difficult task to manage; but setting a slower pace and savoring each short story will hopefully remedy the suffering upon finishing the last one, as well as lengthening what will be a glorious week or two of television.

Posted on Jun 1, 2014 by
Danny Cox
Hey! I am a student of philosophy by day and an occasional film critic by night.
Edited by Jordan, Misagh, Spencer, Kevin Licht.
Follow