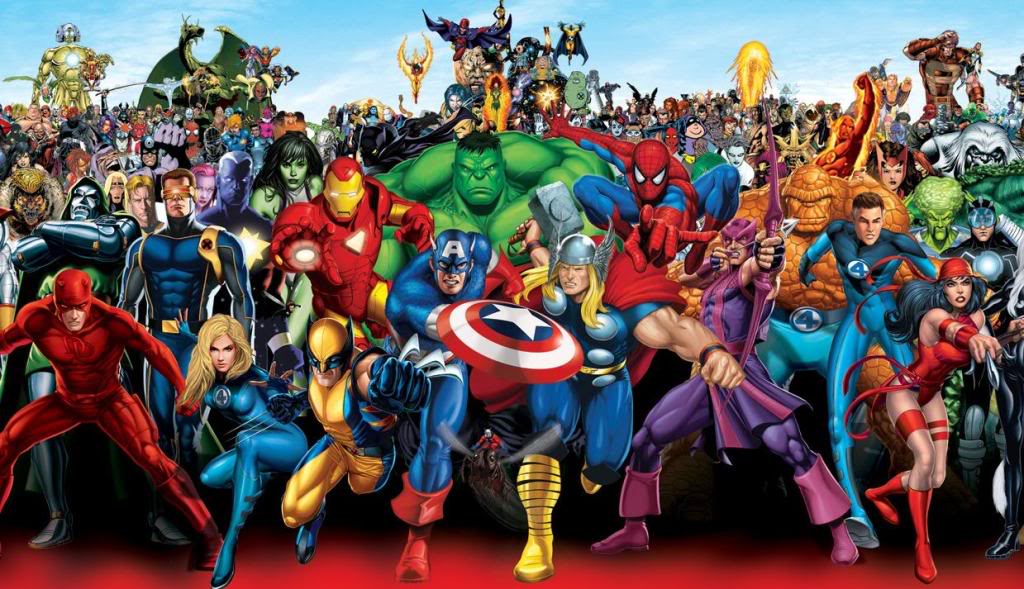 If you’ve seen Agents of S.H.I.E.L.D., you’re probably invested in the superhero scene. If you’re into the superhero scene, you’ve probably experienced the “typical hero” of the big screen. We’ve all seen it before: a protagonist with rippling muscles vanquishes evil and gets the girl. This is the plot of innumerable movies and television shows, especially those big summer blockbusters that rake in hundreds of millions in one weekend then cease to be heard of again. Marvel is on one such movie streak which has been building momentum since the release of Spider-Man, X-Men, The Fantastic Four, and all the superhero movies we’re familiar with. They have consistently outstripped any other franchise in terms of quantity, profit, and – some would argue – quality. Since The Avengers in 2012, theaters have been bursting with Iron Man, Captain America, and Thor  films (among many others). It’s quite a marvel (pun intended).

As any discerning viewer will notice, each new film has the same basic premise – save the city/world from some impending threat. How is it that we don’t get sick of it? Movie-makers are aware of this, and they ensure that there are infinite variables between the storylines and characters so each tale is fresh and exciting. Arguably, character is everything; if you’re not rooting for the protagonist, something is wrong. Even minor characters, if written and acted well, have the potential to be the most memorable part of the movie.

Joss Whedon (Firefly, Buffy) has taken this concept and run with it. After he directed the phenomenal success that was The Avengers, ABC picked up a television series based in the Marvel Cinematic Universe, Marvel’s Agents of S.H.I.E.L.D. Whedon co-wrote and directed the pilot episode, and the rest, as they say, is history. S.H.I.E.L.D  works in tandem with the films but contributes almost an entirely new cast of characters. Phil Coulson leads a team of agents to handle strange new cases, based out of an airplane nicknamed “The Bus.” The team includes the stoic pilot Melinda May, tough-guy Grant Ward, clever hacker Skye, engineer Leo Fitz, and biochemist Jemma Simmons.

Who is the hero in this series? Coulson certainly has a claim to that title as he is the main protagonist. However, Whedon and his gang of writers have a way with ensemble casts. Each character is nuanced, has flaws, and has the capacity to be good or bad. Nobody is uninteresting or one-dimensional. Take Ward, for example – the stereotypical, handsome good guy. As the season progresses, he is shaping up for a breakthrough – to become the hero we expect. We see flashbacks to traumatic childhood memories, we root for him… then suddenly we stop cheering. Surprise, he’s Hydra. We are subjected to a similar suspicion about Agent May when it is revealed that she has an encrypted phone line in the cockpit. Even Skye has us doubting for a few minutes after she protects a suspect she has history with. After those happenings, audiences probably weren’t completely trusting of anyone in the show for a little bit.

This show has no righteous, macho paragon of humanity. Instead, we get people who (mostly) are inherently good and try to do good stuff. The trend these days seems to favor the less-precedented side of heroism: the brains. You’ve got Irene Adler in the BBC’s Sherlock proclaiming that “brainy’s the new sexy.” The Big Bang Theory is steamrolling ratings. Nerd culture is becoming mainstream. Marvel’s answer: FitzSimmons. At first sight, it’s easy to write off the duo as the nerdy, over-intelligent weaklings of the bunch. I waited with bated breath for the snide bullying and social exclusion I was certain would come. I’m glad I was proved wrong. These two geniuses save the day countless times and help solve problems with sheer intelligence and resourcefulness. They graduated three years early from the academy and have multiple inventions to their names. Their D.W.A.R.Fs (Drones Wirelessly Automated to Retrieve Forensics) are used to the team’s advantage throughout the series, as are the Night-Night Guns/I.C.E.R.s and other doodads of crucial importance. Fitz gets sent on a covert operation with Ward where he proves to be surprisingly capable; he thinks on his feet and does a better job at getting them across the border than Ward does.  He expresses his desire to be respected, interjecting, “I am every bit the S.H.I.E.L.D. agent you are!” Sure, FitzSimmons don’t necessarily have the physical prowess for field missions, but they don’t need it – they more than make up for it in other areas.

In addition to their intellect, FitzSimmons are courageous and intensely loyal. In fact, Fitz is loyal almost to a fault; although deeply upset after Ward’s betrayal, Fitz is adamant that his former friend can be redeemed while everyone else has given up hope.  When faced with an offer to join Hydra, he replies, “You’re gonna suffer for what you’ve done, and I plan on being a very big part of that.” But get this: he’s crying. Ergo, characters don’t have to be unflappable and aloof to be strong.  Sure, he hides under a desk during a battle, but saves May by shooting her assailant when it matters most. Also, he follows through on his tearful threat by setting off an EMP and crippling the bad guy. He follows his moral compass, despite the likelihood that he’ll probably be killed for doing so. Not to be trifled with.

Simmons, though less sure of herself, demonstrates just as much tenacity. Not to mention her unparalleled bio-chem prowess, she is an indispensable asset to the team. When Skye is shot twice in the stomach, Simmons’ quick-thinking keeps the hacker alive long enough to resuscitate her. When she walks in on her teammates being attacked in a train car, Simmons’ decision to throw herself on a grenade (later found to be Night-Night technology) takes milliseconds. She even throws herself out of the Bus mid-flight to save her teammates from an alien disease she contracted. When the Bus is stolen, she and Fitz find it and agree that despite the danger they can’t let the enemy escape without putting a tracker on the plane. This ultimately leads to the pair being ejected in a medical pod from the plane into the ocean. Upon waking 90 feet under water, Simmons finds that Fitz has broken his arm yet managed to create a distress beacon and assess the damage of the situation. Always the optimist, she figures out how to blow the window without being crushed by the water pressure. Fitz selflessly gives the last bit of oxygen to Simmons so she can make it to the surface as he detonates the glass. They may not be the main heroes of the series, as other characters are equally important, but FitzSimmons present the most compelling case for “the new hero.”

Agents of S.H.I.E.L.D.‘s critical reception has been mixed, with one reviewer commenting that “the core team – two frowning special-ops soldiers, a pair of British lab geeks and a snarky hacker – rubbed a lot of potential fans up the wrong way: there was no chemistry, the banter seemed forced, they triumphed too easily.” In S.H.I.E.L.D.‘s defense, comic books have an inherent cheese factor, which Marvel did not omit from the show. Since the new second season premiered, however, these characters have been through a lot. From infection to betrayal to brain damage, the dynamic is certainly darker. We’ll just have to wait and see how the characters have evolved through these trials, and if the show maintains its dedication to developing the little guy.

Unlike many cliché “heroes,” these two characters in Agents of S.H.I.E.L.D. exemplify not just physical strength, but moral fiber and the makings of genius. The definition is still changing; no longer are brawny, daring men dominating the screen. Rather, audiences’ hearts are being won by unlikely heroes – men and  women – whose ingenuity, unswerving allegiance, brains, and bravery show us the best of humanity.

Posted on Oct 30, 2014 by
Erica Beimesche
Erica is a graduate of The Ohio State University and holds a BA in theatre and a BA in English with a professional writing minor. She acts, writes, and enjoys waterskiing.
Edited by George Underwood, Jemarc Axinto, Jessica Eve Kennedy, Jordan, Mette Marie Kowalski, Misagh.
Follow