Why ‘Brave New World’ Has Fresh Significance in the Modern Day 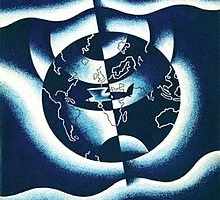 Brave New World covers a range of themes and issues that have been pertinent to moral society since it was first published in 1932. From genetic engineering to class struggles, Brave New World examines a future where embryos are chemically treated to ensure they fit a certain class, and then babies and children are hypnotised into believing governmental doctrines as pure truth. The use of Soma, a narcotic used as an instant anti-depressant, casts a worrying shadow on the chemical treatment of clinical depression to an extent, and ethical grey areas such as IVF are easily comparable to the key themes of the book. These are ideas that have been explored before, but as society shifts, the importance and relevance of these key themes shift alongside it.

The Western World has arguably changed a lot more quickly in the past 10 years than potentially any other time before it. With the advent of the internet and electronic entertainment, as well as capitalism really gaining a grip on everyday life, some parts of Brave New World that were just a scary fictional quirk are becoming more and more real.

The enforced consumer society in Brave New World is strikingly familiar. Huxley may have written it in as a satire of the society he was living in, but it potentially holds even more weight now. Huxley’s new England took a logical step into the future based on the continued societal focus on economic growth, both personally and as a society. Now, nearly a century after he pondered where this step would take us, we are there in many ways. Individuals are indoctrinated with catchy phrases that cement their belief in the capitalist and consumerist way of living enforced by society’s rulers. “Ending is better than mending” is one of the most repeated of these, encouraging people not to fix something that’s broken, but to buy a whole new product instead.

With this in mind, the constantly spinning wheel of fashion – and the clothing world in general – becomes a lot more disquieting. High street chains are getting cheaper and cheaper, but obviously the quality of the goods gets compromised. If you buy a top for £2 and the thread holding the hem together falls apart within a week, how likely are you to sew it up? We don’t need no hypnopaedia indoctrination when we’re already doing it to each other and ourselves. Cheap clothing made from cheap materials (and let’s not even get into the awful realities of cheap outsourced labour because that’s a whole different essay) ensures that consumers maintain a repetitive cycle of buying and chucking.

This is by no means restricted to human vanity. Brave New World references the expensive games that the higher classes have engineered in order to extract more money from consumers. One character laughs at the idea that all people used to need for fun was a ball and a net, when they’ve created much more elaborate entertainments that require consistent consumerism. In the present, even games that used just a ball and net now need so much more – with a new shirt every season, football has become a vastly profitable business. Likewise, electronic entertainment needs constant updates: you buy a console and each game that looks good, then there’s downloadable content to pay for, and don’t forget about an online subscription on top of it all (and if you want to play something like Rock Band, make sure you get a special super-expensive controller). Early readers of the book may have scoffed at the idea of “Obstacle Golf”, but Obstacle Golf is here, and we’re happy to pay for it.

A more abstract (and perhaps even more relevant) detail that is striking in Brave New World is the inverted distinction between public and private. In Brave New World, relationships are out in the open. Everybody knows everybody else’s business, though not in the scurrilous neighbourhood gossip way. It’s an everyday part of life – it is important that everybody knows who you’re going out with (and who you’re getting off with), and how many people you’ve got at the same time. It’s normal to discuss sexual encounters like TV shows, and people will regularly share partners without feeling any form of jealousy or shame. Engaging sexually with multiple partners is encouraged, and the moral norm that we’re used to (adultery = bad, monogamy = good) is reversed to the point that people who stay monogamous for too long are punished by the authorities.

In the book, the desire to be alone, and the desire to talk alone with a single person, is seen as bizarre behaviour worthy of discipline. When Bernard asks Lenina to talk with him alone she laughs, not in malice, but because the idea of not being seen or heard by the masses is so absurd. Everybody must know everybody else’s business to give it worth. In Brave New World anything that happens privately may as well not have happened, which has a frightening similarity to our current culture. Epitomised by the internet lad catchphrase “pics or it didn’t happen”, the majority of the internet generation tends to share every mundane detail of their lives (I told Twitter I was eating cheese the other day and, incidentally, did provide a photo) so the public domain is becoming more important than the private. If there isn’t proof, if it happened behind closed doors, then it is judged to have not happened.

In Brave New World, privacy is seen as both a crime and a punishment. Keeping one’s “private” life private within this new England is non-conformist and so those who transgress in this way are, ironically, sent away from society to live their lives away from the public eye. In a broadly similar way, if a person of a certain age and privilege (I’m looking at you, young, middle-and-upper-class Westerners!) does not participate in at least one social network then they are seen as being “off the grid”, and are punished for it. A large proportion of event promotions and event invitations are created via Facebook, and a startling amount of jobs (particularly in the creative industries) will penalise you if you do not have a successful LinkedIn and/or Twitter.

Being off the grid is so unusual that it’s become a known joke. In the Portlandia episode “Celery” we see Carrie taking herself off all social media and declaring “social bankruptcy” as she is unable to keep up with them all. Unfortunately she finds that, once off the grid, her best friend no longer recognises her and she literally fades away. Whilst this is a skit, it does represent the real fear of social media usage: if we stop using them, will we lose contact with (some, at least) people and events that we care about? If we don’t share our information with an internet server, will anybody pay attention when we want and/or need to share information in other ways?

Brave New World‘s main message has usually been interpreted as warning of the dangers in allowing the state absolute control, particularly in reference to control over technologies that take priority over, and are used to modify, human behaviour. Whilst this is still relevant, given the changing face of society it’s fairly fascinating that some of the less prevalent themes are gaining new relevance when keeping in mind new ethical issues that are attached to morally ambiguous technologies.

I’ve explored consumerism and privacy in particular as they are so interconnected: online at least, privacy is now arguably subject to consumerism. Personal privacy has become something of an enigma, in that we feel we are asked to choose between being socially active (as online social activity increases) and keeping our private lives private. It comes in the most unassuming of ways – did you know that if you OK-ed the latest update for your Facebook app on your phone, you’ve given Facebook permission to read your text messages? Everybody knows Google has questionable privacy rules, but Gmail is a really good email provider, and most people don’t tend to make their Twitter private. As time goes on there’s going to have to be a point where the benefits of an app, or any other electronic service outweighs the desire for personal privacy – or is there? A large amount of social media (read: big business) feeds on getting strangers to follow each other’s random thoughts or tracking our idle page visits to target advertising, and as a society we seem more than happy to provide.

Bernard’s desire in Brave New World to not have his relationship with Lenina broadcast to the whole organisation is as relatable as someone getting tagged in a picture online, snogging the face off someone inappropriate. More insidiously, say someone buys something sensitive that they don’t want to be seen buying in a shop (let’s say a sex toy). There’s a high probability that now one of the biggest and most influential companies in the world has written proof that this person has done this, and their address (and can now update the ads on other sites they visit to advertise the same kind of product).

Personal privacy is quickly becoming obsolete, and is now just something else for companies to advertise with, something else for the consumer to ingest. But is this a problem? If Huxley’s Brave New World intends to criticise the idea of diminished personal privacy, then chances are he would not approve of our new world’s tendency towards social media and online sharing. Of course, with all these things it’s moderation that’s the key. Sharing on social media brings us closer to real-life people that we may previously have not been able to stay connected with, which can only be a good thing. Huxley’s fears are unfounded in the sense that personal sharing is the basis of human connection, but they are not in that this human connection is supplied via a consumer-driven corporation that makes millions off something so basic.

There is a definite distinction between sharing among friends and sharing with corporations that changes from positive to negative. If Brave New World is a warning of the dangers in allowing the state absolute control, then we personally must be aware of the control we allow the state in sharing our personal details on an individual basis. It’s easy to forget just how simple it is for this privacy to be abused, and we’re only reminded when it has already happened (NSA scandal, anyone?). Brave New World‘s warning must be heeded online, for now at least, because the lines are still blurry with what happens to our personal information. If sensitive, this can potentially have huge ramifications for a range, and mass, of individuals.