The sad clown is one of the most well-known paintings out there. It stands alongside dogs playing poker as one of the finest American artworks ever created. Whether you agree with that statement or not is down to personal preference but there is something about the image of a sad clown that has endured in pop culture for decades. The juxtaposition of a clown, the mascot of laughter and fun; to be sad and crying is something that a lot of people find fascinating. Unfortunately, what a lot of people don’t seem to realize is that the sad clown is far more common than they think. It’s a paradox. The ones who spend their days making people laugh and bring happiness are often the ones who go home and feel sadness. The saddest thing about it is the fact that many of the ones who laughed at the jokes will never know anything is wrong. Many professional comedians struggle or have struggled with mental health issues in their lives.

A 2014 study showed that comedians are more likely to have traits linked to psychotic disorders. A different study, also from 2014 found that comedians make more negative remarks about themselves than other types of performers. 1 While it’s harder to track people who aren’t well-known, it’s safe to say that many non-professional funny people also suffer from these issues. The question is why. What is it about mental illness that causes people to be funny? Does one cause the other, do they come as a package or is it just a coincidence?

The honest answer is that there isn’t one. It could be any one of those answers. There’s scientific data to back up all of them. The other truth is that it doesn’t matter. What matters is the fact that comedy and mental health are very much intertwined. When someone is funny, whether it be on TV, or just someone you know, it’s important to understand that their laughing exterior may just be masking an inner pain.

It is important to note that not every funny person struggles with mental health issues and likewise not everyone who struggles turns to comedy. However, there is enough of a correlation that studies have been done on comedians for decades. To understand what drives someone with depression, anxiety, or any other mental health issue, towards humor, one must understand the old saying that laughter is the best medicine. It turns out that Patch Adams was on to something because that isn’t just an expression. Laughter really does have positive effects on your brain. Laughing releases endorphins in the brain. Endorphins interact with opioid receptors in the brain and cause you to feel good. 2 Opioid drugs like heroin interact with these receptors in much the same way. As far as your brain is concerned, laughing is like taking heroin, without all the bad stuff that comes with heroin.

If laughing makes you feel good then making people laugh provides a greater sense of euphoria. It feels good to make others feel good, it’s a natural human response and so to someone who never feels good about themselves, providing laughter gives them a sense of gratification. On a simpler level, laughter is contagious. When your brain detects laughter, it preps you to join in. 3 That shared feeling connects people and brings them all to the same level. When professional comedians say that they were shy kids or didn’t have many friends, it makes perfect sense that they would gravitate towards humor. It gives them an easier time to do something that they might not be comfortable with. Socializing.

Ryan Reynolds said in an interview with The New York Times that to cope with his anxiety, he does interviews as his comedic superhero character Deadpool. 4 While that’s just one example, it’s a great condensation of the reason why so many chose comedy to help them cope. To a comedic person with mental health issues, they feel they aren’t good enough, but the funny character inside of them is.

“I figure if you’re going to jump off a cliff, you might as well fly.” 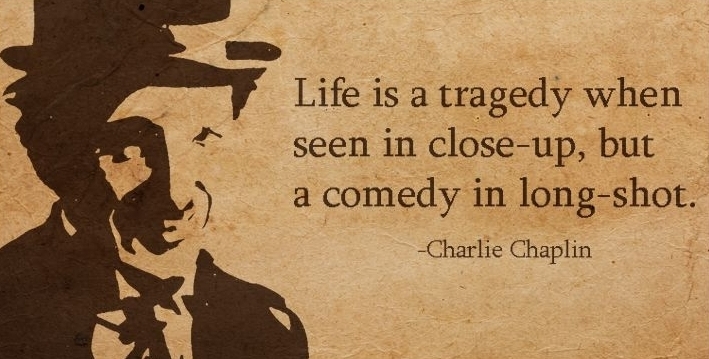 There’s another old saying in comedy that says comedy equals tragedy plus time. This statement holds some weight whether or not a person is funny or suffers from any mental health problems. Humans frequently use humor as a coping mechanism when they find themselves in times of tragedy. 5 It goes back to the endorphins. In times of distress, we want to feel better. That’s why it’s easy to look back at something bad that happened to you in the past and find the humor in it and laugh. It makes you feel better. That’s also why a lot of people with depression become comics. They work to find humor in every situation because they’re never happy with where they are. Humor helps them to process what they feel is wrong in life.

This is where the other end of comedy’s relationship with mental health comes in. Many people chose a life of humor not because they struggle with mental health but to help someone else who does. It’s perhaps the most natural response when someone you know is sad, to try to make them laugh to cheer them up. That’s one of the wonderful things about comedy, it isn’t just a tool to help oneself, it can be used to help others. Stephen Colbert got into comedy for this very reason. At the age of ten, he lost his father and two of his brothers in a plane crash. In a 2015 interview with Howard Stern, Stephen revealed that he turned to humor not to help himself cope, but to help his mother. Whenever he saw that she was depressed, he did what he could to cheer her up and to him that was to make her laugh. Seeing how laughter helped his mother, it was only a matter of time before he decided to spread that same joy to others. When you spend so much time using comedy to help someone it’s only natural to want to continue down that path.

I can talk to all of you, but I can’t talk to any of you

The want or need to make others laugh is admirable because it is their way to spread joy to others. Joy that they may not have. Why though, would someone with depression and/or anxiety want to partake in what is by all accounts a very stressful job? Why would someone who finds it hard to socialize be okay with performing to an audience for a living? 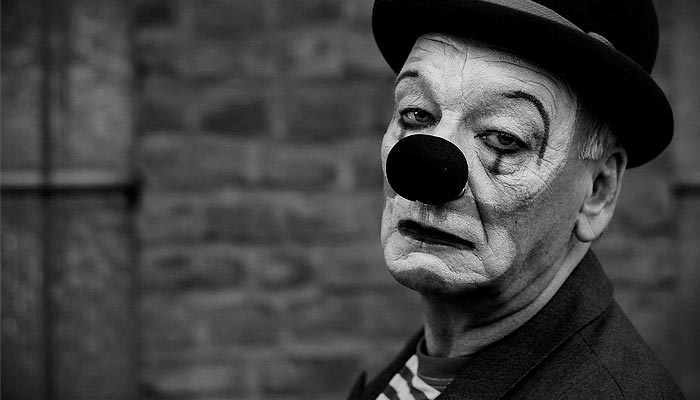 In a 1975 study for the American Journal of Psychoanalysis that was conducted on fifty-five comedians, Samuel Janus came to the conclusion that humor gives comedians a sense of control in situations in which they would feel powerless without it. 6 That’s why a shy, introverted person with anxiety can go on stage and perform for strangers but still be uncomfortable at a party full of people they know. On a stage they are in control and their jokes are their way of expressing what troubles them. Even outside of performing, comedy is often used by people as a way of diffusing situations they feel tense or uncomfortable in. An audience laughing at their jokes gives them a sense of personal gratification.

“When you are always wrong, you seek an audience to disprove that theory.”

There’s a pressure to being known as a funny person that many don’t realize. When people know you as funny, that creates a certain expectation in them. The expectation to always be funny can make it seem like no one cares about the real you. Many comedians feel pressured to not disappoint their fans and so they’re always in performance mode. The thought that a fan walks away from a meeting without laughing is unacceptable to a lot of comics. For many of them though, their comedy is just one side of them and the thought that people only care about you for your jokes can cause feelings of depression and low self-esteem. Whether or not they are using comedy as a coping mechanism or they’re just funny and want to share that with the world, nobody wants to be funny all the time. These are real people with a wide range of emotional states. The thought of disappointing someone who expects them to be funny often leads comedians to never leave their house without their proverbial mask on and the real them is always left at home. This inability to be your true self whenever you want can be devastating to one’s mental health.

Chris Farley believed that even those closed to him only cared about him to laugh. It’s believed that was the cause of the drug addiction that led to his death. It’s a sad thought to think that bringing laughter in the world could lead to such a tragic outcome but for many comedians, the want and need to please people becomes too much.

A Psychiatrist Walks into a Comedy Club

Once again, it’s important to remember that not every funny person struggles with their mental health and vice versa. However, there’s a reason that the Laugh Factory, a famous comedy club in Hollywood, has an in-house therapist. A lot of people who struggle with their mental health turn to comedy to help them. At the same time, the pressure of making everyone laugh all the time can take its toll on someone.

There is a reason that not every comedian was their class clown in school or isn’t telling jokes everywhere they go, because the stage is the space where they’re in control. Jokes are their defense mechanism for when they feel vulnerable or powerless or when someone they care about feels the same way. Some people are funny all the time and are perfectly fine with it, while others use their humor as a healing tool. Regardless of why or how someone makes others laugh, there is always more to them than the jokes they provide. Comedy and tragedy have had a very close relationship throughout history and the difference between the two is a good punchline.