Current State of the Comic Book Industry: The ‘Independent Publishers’

The fortunes of larger Comics companies never seem to fluctuate very much. Marvel and DC have regularly traded places at the top of the various charts since DC rebooted but neither has ever really taken a commanding lead. Both Marvel and DC have rested their fate on major crossovers and events for the last two decades and the results have been predictable; a successful ‘event’ (liked by the fans) provides a decent, if short-lived, sales increase. A less than successful ‘event’ (NOT liked by those same fans) provides a somewhat smaller and equally short-lived sales increase.

While shock value and sensationalism seem to be the driving force to entice readers at the ‘big-two’ (‘Who can well kill off temporarily this week?’), the smaller companies have had to rely on more conventional means of pulling in readers, namely good stories. There are many small comic book publishers, more than we have time to discuss so this space will focus on the largest of the so-called ‘independent’ publishers as well as the up and coming ones that are worth watching for… 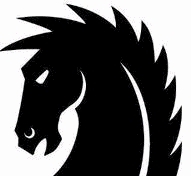 27 years may not seem like much when compared to the lifespan of Marvel and DC, but of the many ‘indie’ publishers around in 1986 when Dark Horse started operations, (First Comics, Ace Comics, Comico, Eclipse, Apple, Kitchen Sink, Continuity, Gladstone, Malibu, Starblaze and Vortex, to name the larger ones) only DH survives today. Comic publishers were popping up and dropping like flies all through the 80’s and 90’s.

Dark Horse quickly gained a reputation as a publisher that was creator friendly and willing to take chances with the material it published. World-class talent such as Art Adams, Frank Miller, John Byrne, Mike Mignola and Matt Wagner released many of their creator owned projects through Dark Horse. The continuing success of Mike Mignola’s Hellboy titles and new hits like Matt Kindt’s MindMGMT as well as Brian Wood’s The Massive have helped Dark Horse build a strong foundation with a wide variety of titles.

The licensed properties published by Dark Horse are a major part of their success. While it seems likely that their very popular Star Wars license will move to Marvel in the near future, the company has done very well and will continue to license properties such as Conan and Buffy. The company has also had great success with its manga and manhwa titles, outlasting several other publishers in this genre.

Then there is the entertainment wing of Dark Horse. Turning smaller books into middling successful films (The Mask and Hellboy), and huge successes (300 and Sin City) has proven that, when handled properly, the less well-known properties can be successful films. With the sequels to Sin City and 300, as well as the new film property R.I.P.D due out in the next year or so, Dark Horse has a lot to look forward to.

In less than a decade of existence BOOM! has made a strong impact on the comics industry with titles like Irredeemable and its licenses of properties such as Planet of the Apes. Every time the company has had a setback, they have bounced back better than ever. BOOM! lost its Disney titles to Marvel but gained Garfield and Adventure Time. Every time a hot series ends another seems to rise up and become the hot new thing.

In a major coup for BOOM!, the publisher purchased Archaia comics and all of the titles they had running. While not a major player in the industry, Archaia has some popular and innovative books like Return of the Dapper Men, Mouse Guard and Cow Boy. Another major plus for BOOM! announced just as this was being written, is that the great George Perez has signed an exclusive with the publisher.

BOOM! has also had spectacular success on the digital platforms and they look prime to continue in that space. With a ‘slow and steady’ approach to growth and a focus on unusual and edgy titles, BOOM! looks to be the small company to watch. 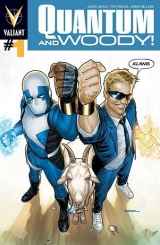 Founded by Jim Shooter in 1989, Valiant shut down in 1994 but was recently resurrected. A lot of people didn’t give them much of a chance at first but it has been over a year since the re-launch of the company’s comics division and things have gone well so far. Bringing back older titles fondly remembered from Valiant’s first incarnation has been a major help. X-O Manowar and Harbinger have been major hits for the company and other classic favorites like Archer & Armstrong, Quantum & Woody and Shadowman look poised to also do well.

As with any new or resurrected company there are hurdles to overcome. Valiant so far has seemed to be doing everything right. Let’s face it, it is not easy to bring a company back from the great publishing beyond. For example, First Comics tried a come-back in 2011 but nary a page has been printed. With Valiant’s successful return and continuing success with the older titles, it would be nice to think that other classic books will soon return but I am not very hopeful. 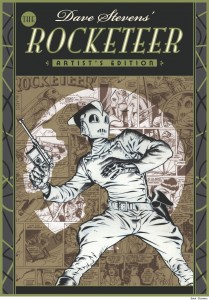 IDW has had a fantastic existence so far. Publishing books all across the spectrum of genres from superhero to horror as well as licensed books and children’s titles has given IDW a level of diversity that is just staggering for a publisher that is less than fifteen years old.

IDW has had great success with it’s licensing of titles such as Star Trek, G.I. Joe, Doctor Who as well as Transformers. They have recently added My Little Pony, Judge Dredd along with several Cartoon Network themed books.

Attracting some of the industry’s top (if largely overlooked by current fans) talent like John Byrne and Dave Sim has given IDW credibility with fans looking for a better class of book. IDW has expanded on this new found credibility with a stunning series of ‘Artist’s Editions’ of classic comics from some of the finest works in the industry. Industry competitors have happily signed on as partners to bring these titles out, showcasing oversized hardcover books that reprint the books in a format as close as possible to the original art (blue pencil and white out included). The Artist Edition books are allowing everyone to see what only the few lucky collectors out there have ever seen: the original look of classic pages before coloring, shrinking and printing on junky pulp paper. The glorious books out so far include Dave Steven’s The Rocketeer, Born Again by Miller and Mazzuccelli, Amazing Spider-Man by John Romita, Walt Simonson’s Thor and John Byrne’s Fantastic Four as well as numerous other Golden Age books.

IDW is going places. They are a company that will try nearly everything and wants close participation by the creators. Attracting creators like Dave Sim (a forthcoming Cerebus covers book was recently announced-can a nice reprint of Cerebus itself be far behind?) has created an atmosphere of real excitement and possibility around IDW. If the company is astute, they should be able to capitalize on that trend a long time to come. 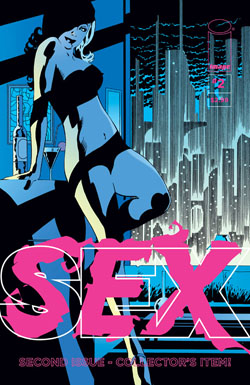 For a variety of reasons, Image Comics has been the elephant in the room for the comics industry since its founding in 1992. First for the way it was founded by the creators involved storming out of Marvel demanding creative control. Next they were infamous for beautifully draw books that were very poorly written. Then there is the drama of late books and poor management. Later a rift formed between several of the creators and over a period of three years, Rob Liefeld was kicked out while Jim Lee sold off his Wildstorm studio imprint to DC.

Today, a very different Image Comics is a serious force to be reckoned with in the industry. With huge hits like The Walking Dead and Morning Glories, Image has changed the landscape of the industry several times over. With Vertigo comics in a precarious position, Image has become a preferred destination of creators looking to keep control of their work as well as a home to unusual and mature material.

The stalwarts like Todd McFarlane and his book Spawn (amazingly having just reached 232 issues!) and Robert Kirkman’s The Walking Dead and Invincible have recently been joined by critical successes from Jonathan Hickman (The Manhattan Projects), Joe Casey (Sex), J Michael Straczynski & Ben Templesmith (Ten Grand) and the forthcoming Satellite Sam by Matt Fraction and Howard Chaykin all of which give Image the strongest foundation it has had in years. Books like Saga and Jupiter’s Legacy generate buzz with every issue and things have never looked better for the company that was once written off as something that would almost certainly fail. That was over 20 years ago.

1. Dark Horse has a lot to be happy about but with the likely loss of the Star Wars family of books, the publisher will need to diversify a bit more if it wants to stay or grow where it is market share.

2. BOOM! can really run with the Archaia imprint and should do everything they can to redefine it as a mature readers destination for the industry. There is a lot of room for high quality, adult-themed horror and genre books and the people turned off by some of the more needlessly graphic books at Dynamite or Avatar could find something at BOOM! if the publisher plays its cards right.

3. Valiant just needs to keep its head down and get as much traction in the industry as it can. If they keep selling books to a growing fan base they could last for a very long time.

4. IDW is trying to carve out a niche for itself as a publisher of diverse but very high quality product and they are succeeding. “Slow and steady” is the best thing they can keep repeating to themselves. They also need to remember to not try to do more than the quality of materials they currently have will allow.

5. Image can completely replace Vertigo as the home of the coolest and edgiest books in the industry. Anything they can do to that end is a good thing. Keeping books that appeal to people over 25 is the key to this and aggressively promoting the unconventional books as hard or even harder than the superhero core of the company will ensure that Image becomes the premier publisher of the very best books in the industry.

There are many other small publishers of comics out there; Radical, Viz, Dynamite and Oni and a host of others are publishing a colossal array of titles. It is no wonder that Previews monthly has 400 to 500 pages at minimum every month. You don’t need to read only Marvel and DC to read comics so get out there and find a fun ‘indie’ title. NOW!

Posted on Jul 10, 2013 by
Taylor Ramsey
While I quietly wait for a really good excuse to go on an interstate mayhem spree, I read comics and watch movies. While I do the "writing" here, my wife makes it readable.
Follow