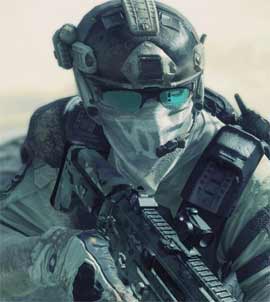 Ghost: In traditional belief, a ghost is a scary manifestation of the dead. They remain in the physical realm to avenge, help or punish the living. ~ Prologue – Ghost Recon Future Soldier

Tom Clancy’s is not an unfamiliar name within the gaming arena. Ever since he co-founded Red Storm Entertainment, we have been gifted with some series of gripping strategic shooter games. Some of the illustrious titles like Ghost Recon, Rainbow 6 are living testament to endorse credibility.

Even though Ghost Recon & Rainbow Six falls under the same genre of tactical shooters, Ghosts usually takes place in the realm of larger open-air environments. Unlike other widely trendy first person shooters like Call of Duty or Medal of Honor series, playing ghost recon requires some serious meticulous planning for carrying out missions.

Ghost Recon first made its score in the year 2001; after winning worldwide accolade & devoted fan cohorts, last decade has been quite exciting for the series. Over the years substantial change has been seen within the series, starting from design leading to gaming mechanism. For those who are alien to this long-running military tactical combat franchise, the player has to takes charge of a fictional squad of U.S. Special Mission Unit whose operators were earlier members of the 5th Special Forces Group, D Company. The unit at your helm will have unique authorization & ability to be deployed at any parts of the world within short notice for neutralizing threats which could pose hindrance to U.S. & other allies’ interests.

So, what’s the mystery behind the name ‘Ghosts’? 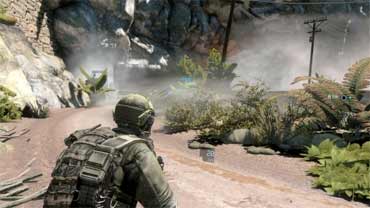 The units’ repute to take up tasks which cannot overtly be acknowledged by the government & for getting the job done without trace has earned them with the widely popular nickname ‘The Ghosts’.

Some years back I had the opportunity to try out Advanced Warfighter; even though it offered some taxing campaign, I still had some serious issues with the PC version when it came to integrated squad based AI. Significant disparity was noted in the overall gaming experience when you played the same in Xbox 360. Squad mechanics were far too lucid, tangible AI made the overall experience enthralling rather than her PC counterpart. Xbox even gave you the freedom to switch between first & third person views which were never seen in any titles until Future Soldier became a reality.

It seems that developers have listened closely to all we had to say on issues we experienced in previous titles. However as the game’s visual looked more refined couple of options which were earlier accessible was taken out entirely. Some of the noteworthy features which players enjoyed over the years, like choosing ghosts from the squad pool before launching into the campaign mode have been scrapped; player will always be resuming the role of one central character within the ghost squad of four. You will be having limited authority on issuing orders & controlling rest of the squad’s maneuvers. Die hard fans might feel cynical; however the squad AI has undergone substantial enhancement which should justify the exclusion of some of the key features which made the original title so prominent. Some of the lucrative features Future Soldier has to offer are the Gunsmith interface where players always have the opportunity to customize weapons with various attachments. This serves as an additional benefit for shaping the overall experience in the campaign as well as enhancing your play style. Inclusion of cover system & frequent checkpoint saves made the campaign less annoying, especially when you are planning to play at highest difficulty. 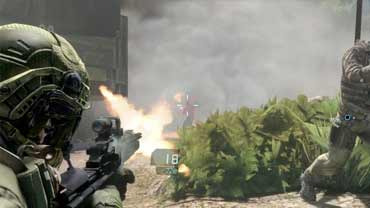 Since my preference always centers single player, I prefer to evaluate the satisfaction barometer received from its campaign. Future soldier has been specifically designed to represent a tactical shooter where your squad is equipped with technology of tomorrow. With a laudable narrative the blend with tactics & advanced military hardware is quite remarkable. The dependency on squad members have been emphasized, lone glory is not sufficient to clear the objectives. Synchronized shot for taking down multiple targets is the best exemplar to validate the usage of squad tactics. Single player offers thirteen detailed missions where lots of globe trotting is involved. Player will always assume the role of ghost operative named John Kozak, a first generation Russian-American staff sergeant. So if you had issues with operating multiple characters in-game you will not have to bother on that any more.

In addition to single-player campaign, multiplayer modes allows player to select from three available classes such as rifleman, engineer & scout. You are provided with the option either to be the ghosts or be one of the Bodark combatants. It’s the guerrilla mode which is quite appealing. In this mode four players can take the opportunity to shield against wave of enemy attacks, however before you get ready for defensive operations you need to break into & capture the enemy HQ. Guerrilla mode is very demanding as you need to endure almost fifty waves of enemy counterattacks. How you do so, depends entirely on your proficiency in tactical shooters.

If you are into tactical shooters you should give this a try, old fans to this franchise might feel let down with some missing features however with new perspective & vision this game is still worth the try.