James Bond and the Growing Fear of Technology 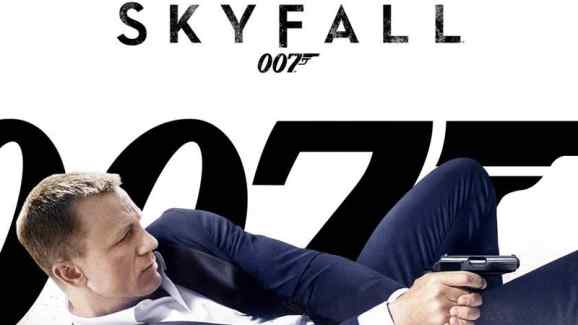 Even before the creation of the computer, mankind has always seen machines as a source of wonder and amazement. Dating back to the Industrial Revolution at the turn of the twentieth century, new technology has always fed humans’ imagination and made us wonder about the possibilities of the future. New technology not only improved our lives, it also made the stories we experienced more immersive and wondrous, as new inventions like the home computer and artificial intelligence were brought into tales of science fiction and political intrigue. These additions not only helped to make these stories feel more real and reflective of the current world, they also offered a potential look into what humanity could one day become if they utilized these new machines and ideas right.

However, as the twentieth century slowly faded out and led into the twenty-first century, the public perception on technology as changing. More and more people were discovering how dangerous and frightening technology could be in the wrong hands. Eventually the wonder and amazement we as a species felt at seeing new machines and computers morphed into a fear of what all of this could mean, and where we might be heading if our constant hunger for new technology got out of hand. This fear has become known as technophobia, and it is new everywhere we look in our daily lives.

The Growth of an Idea

Technophobia is essentially defined as being a fear of advanced technology or complex devices, focusing mainly on computers. This fear, while having grown in magnitude over the years, didn’t define itself right away. There have always been people who have always argued against the growing reliance we have on technology, never really believing it would actually help us in the long run. These people, however, were marginalized behind the majority who were amazed to see each new gadget and gizmo that was unveiled. However, these people who didn’t trust in the reliance of machines eventually built up fear of it at the turn of the century.

As the year 1999 wound down, more and more people began talking about the “Year 2000 Problem,” which is now remembered as the Y2K problem. This argument was that machines wouldn’t be able to process the year 2000 when the new millennium came about, which would result in all the machines around the world malfunctioning and shutting down. People were fearful that this could actually mean the end of the way they see life, and the loss of machines would ultimately hurt humanity. Governments even got in on the fear, and began focusing their efforts on figuring out how to avoid this kind of catastrophe. The machine shut-down never occurred and the new millennium was rung in without incident, but many still held onto the fear of what could happen if technology got out of hand.

In recent years, technophobia has grown even higher due to the constant hacking scandals that are reported almost weekly. Even this past year, there have been such major hacking events like the Apple iCloud hack back in October which saw countless private photos of celebrities plastered all over the web, to the recent hack on Sony Entertainment’s main server that revealed hundreds of e-mails and secure documents about new and upcoming projects. Events like these have only added to the fear of what someone behind a laptop could do to anyone on the planet, given enough time and resources. It’s enough to make anyone fearful of any private info they may have on social media sites like Facebook and Twitter.

While not always as prevalent as it is today, technophobia has been portrayed in a number of science fiction and fantasy films leading up to the Y2K problem. Films like The Terminator and Alien have shown what could happen to humanity of the technology we use is put into the wrong hands. However, one film franchise that isn’t immediately associated with being afraid of technology is James Bond. The dashing British secret agent usually only tackles problems on Earth, and fights against megalomaniacs with big guns, not space aliens or time-traveling machines. However, upon further inspection, the technophobic vibes have always been encoded into the DNA of the Bond film franchise.

Even from the very beginning of the James Bond film series, the villains have always been obsessed with using technology for their own evil ways. Looking at the first Bond film, Dr. No, sees the film’s antagonist using the current technology to disrupt the events of human life. Dr. Julius No, in his base just outside of the island of Jamaica, plans to use an atomic-powered radio beam to disrupt a space launch from the nearby Cape Canaveral. To prevent anyone from gaining access to his compound, No develops a mechanized tank in the shape of a dragon, which shoots flames from its “mouth.” While these notions are seemingly child’s play compared to the things that go on today, using this kind of technology to do something like this only fed into the fear of what technology could one day do if left unchecked.

But Dr. No wasn’t simply a lone figure. He was a member of the villainous organization known as S.P.E.C.T.R.E., which worked in counter-intelligence to extort and gain vengeance against certain countries. Led by Ernst Stavro Blofeld, this organization served as the main antagonist to Bond’s action for the first several films. While many of their activities were aimed at increasing their wealth, their means were reflective of the growing fear of the current technology. From threatening to detonate atomic bombs if not paid one hundred million dollars in diamonds in Thunderball to capturing spacecrafts already floating in space using a gigantic spacecraft of their own in You Only Live Twice, S.P.E.C.T.R.E. was able to show what could happen in this technology fell into the wrong hands.

But these early films were campy and fun, trying to entertain viewers with the action onscreen as opposed to warning them about the dangers of technology. It was only later, in more modern films in the series that saw the villains portrayed as terrifying figures who use technology to their advantage. Some films, like Goldeneye and Die Another Day, take a more fictional look at technology. They use ideas that aren’t completely realistic, yet take technology that could potentially perform these actions and blend the two together. The results, while not completely realistic, showcase the fearsome capabilities of what modern technology could do.

Even in the most recent film Skyfall, Bond goes up against Raoul Silva, a man who is able to use technology to blow up the headquarters of MI6 and take over an entire island for himself all through the use of computers. Even in his first appearance, he walks among dozens of servers, all running programs to help further his evil desires. Silva epitomizes the current fear of moviegoers and people alike through his ability to hack and gain access to any private network he wants. Bond’s villain have steadily grown more and more terrifying in their ability to use technology to their advantage, and with S.P.E.C.T.R.E. set to make their return in the next Bond film, it’s safe to say all technology is wide open to their disposal.

But James Bond’s innate fear of technology doesn’t simply manifest itself in the machinations of the villains he fights. Even in the tools Bond himself is given, technophobia is present. Right from the very beginning of the series, Bond was given silly gadgets in order to get him out of tight jams, and more often than not served to save the day at the last minute. Providing all of these items for Bond was Q, the old scientist who made a small appearance each film to explain the workings of each new piece of tech. In his lab, such wondrous items like a bulletproof trench coat and rocket-firing cigarettes can be seen being tested and developed. At the time, these gadgets would be seen as cool and amazing by the audience.

The idea of Bond needing to use his tech to his advantage can be seen in such items like “Little Nellie,” a gyroplane that can fire rockets and spin about in the air without putting Bond in danger, to an Aston Martin DB5 that has everything from ejector seats to spinning license plates. These pieces of technology did help Bond in many of his adventures, with the Aston Martin becoming nearly synonymous with the name James Bond. They may have all been ridiculous, but they helped Bond defeat the bad guys and save the day.

But as time has passed, more and more of Bond’s adventures were against real-world problems and bad guys. Fancy cars and jet packs wouldn’t scare away drug dealers or assassins, and so Bond’s tech became more grounded in reality. Smaller, more lightweight tech was in order to help combat villains that sought to use their own technology to get what they wanted. Rocket-firing cigarettes were out, exploding pens were in.

Now, in the modern day, Bond has even done away with these grounded, more realistic gadgets. In the recent Daniel Craig films Bond hasn’t even had any technology to help him out, only relying on his physicality and training alone. In the latest Bond film Skyfall, Q even says after giving Bond his gear, a gun and a radio, “Were you expecting an exploding pen? We don’t really go in for that anymore.” This simple line accentuates the notion that Bond shouldn’t be relying on technology to save the day. This, along with blowing up the Aston Martin that made Bond famous in the climax of the film shows that technology is bad, and only the bad guys use it to get what they want.

As the decades have passed, more and more people are becoming aware of the dangers that technology has on society. With terrifying news stories about what people can do with even the most rudimentary pieces of equipment, humans are more afraid of new machines than they are amazed. The James Bond films have always reflected this idea of technophobia, and today show Bond as someone who doesn’t even need technology to stop the bad guys. Why use an exploding pen when a knife to the back will do?

Posted on Dec 18, 2014 by
Robert Gilchrist
Fanatic of all things Image Comics, Aquaman, time travel (especially Doctor Who), and crime stories. If you agree, then we'll get along famously.
Edited by Misagh.
Follow