Jennifer Aniston is often unfairly overlooked as an actress. She may have been in some (very) questionable films but to label her “box office poison”, as many film critics have done, is surely a huge exaggeration implying that this is because she is without talent. Aniston’s acting chops and commitment to her character and their journey regularly goes unnoticed. 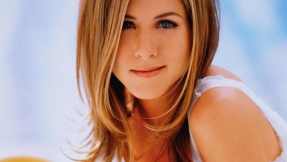 Aniston’s portrayal of Rachel Green on Friends was an understated triumph of character development. From selfish, spoilt daddy’s girl, Aniston took Rachel onwards and upwards over the course of the series to become one of the most self-sufficient and successful members of the cast. Aside from Friends, Aniston has been in a large number of films and TV shows, though with mixed results and reviews. She’s often cast as Rachel-from-Friends, but can be surprising and – dare I say it – an outstanding actress when given the right role. Equally, though, there have been some baffling disappointments out there which maybe explains why Aniston is not, despite being recognisable and fairly reliable, the blindly revered star that she could be.

Aniston’s problem seems to lie in the fact that she is not only in fairly mediocre films, but she is usually criminally underused.

Take Horrible Bosses, for example. On the surface of it Horrible Bosses looked like it could be a comedy triumph. Great cast, great plot (according to the adverts), but then the film itself was a bit weird and outlandish in a similar way to The Hangover but without the same appeal. Aniston plays a sexed-up dentist with an obsessive interest in her assistant. This was not a terrible performance, but Aniston’s main tool for this role was her appearance over actual acting skill. She had very little (if any) dialogue outside of sexually aggressive innuendos, and large portions of her screen time were spent simply walking around in her lingerie. Don’t get me wrong, women in their underwear are always appealing, but that didn’t disguise the fact that this performance was lacklustre. There was no reasoning behind why her character wanted so badly to sleep with her engaged and not-terribly-attractive assistant, which may be why she was so one-dimensional. The problem with Aniston is that if she doesn’t connect or commit to the role it is very obvious to the audience, and this seems to be the case with Horrible Bosses. The script itself was lacking any kind of dimension, and Aniston’s ambiguous dedication to the role rendered her character unfinished and ultimately uninteresting.

Aniston hit a similar rut with The Bounty Hunter. The Bounty Hunter is an outstanding example of Jennifer Aniston in a fairly average film playing a fairly average character fairly averagely. Again, it’s not that this was a bad performance at all. It’s just that there is nothing to say about it, good or bad. Aniston played “every girl” in a rom-com, as every girl is often played. In theory, a character without personality, and not given personality by the actor, allows for the audience to more easily place themselves in the character’s shoes and so associate with them more. In theory. Unfortunately Aniston’s performance in this just allowed the audience to watch a nondescript woman doing some stuff. The high point came when she pointed a shotgun in the film’s climax, but then anyone pointing a shotgun at anybody is usually pretty great. This film was exemplary of what Aniston (Aniston’s agent?) has done wrong – nobody can become a rom-com queen when they seem bored of doing it.

Surprisingly, considering her status in Hollywood, Aniston’s strength seems to lie in playing the snarky character in cult comedies. Two of her most enjoyable offers are The Good Girl and Office Space, both of which initially had a lukewarm reception that grew into loyal fan followings.

Having Jennifer Aniston turn up in Office Space was an unexpected pleasure. When I first watched this film I was surprised (and dubious) about her presence in it, but as it turns out Aniston really could, and should, have been America’s indie sweetheart. Had it not been for Friends perhaps that’s where she would have ended up. Whilst Aniston’s character is by no means fleshed out in this film, she plays it with a charming wit and candour that effectively expresses the discontent of someone trapped in a meaningless, menial job. Office Space is the perfect starting point for Aniston doubters as it demonstrates her strength of range in an environment that she is rarely seen in. 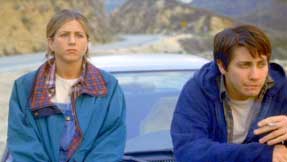 Similarly, when I started watching The Good Girl I, much too harshly, thought “Jennifer Aniston? Really?” Oh how wrong I was, and oh what a wonderful film The Good Girl is because of her. The Good Girl has always met some unfairly mixed reviews as an awkward slow burner. Like Lost in Translation it features a strange relationship between two people who wouldn’t traditionally be paired, and moves in a difficult pace more like real-life than the engineered timing usually found in film. Aniston plays a character unlike anything an audience may have ever seen her do before, and she was fantastic at it. Donning a southern accent as the disenchanted Justine, she successfully led a quirky cast including Jake Gyllenhaal, Zooey Deschanel, and John C. Reilly without being outshined by any of them. Discontented with both her marriage and her job, Justine indulges in an affair with a stock boy that she works with. This film was far from a lot of the more bland roles she seems to find herself in and her delivery of Justine’s dissatisfaction is played delicately and without affectation. She makes this older woman’s intrigue in a spoilt, irritating kid authentic, a feat that others may have rendered simply “a thing that’s happening because the script says so”.

With that all said, it would then be ridiculous to not discuss Aniston’s performance across the ten years that Friends reigned the Western world’s Friday nights. It could have been easy for Rachel to be a filler character. She didn’t have the memorable, silly whimsy of Phoebe or Chandler, she didn’t have any kind of catchphrase (“how YOU doin?”), and she was introduced as an insufferable rich kid with no concept of the real world. Aniston pulled Rachel out of being the “boring” one and displayed true skill in effortlessly conveying her gradual personal development. She managed to become a national haircut (despite the questionable aesthetic merit of the cut that was hated by the actress herself) by becoming a national sweetheart through her tender and relatable depiction of Rachel’s struggle to change her life for the better. Her on-again/off-again romance with Ross was one that could have been frustrating and repetitive (see: How I Met Your Mother), but both she and David Schwimmer managed to make it one of the most rooted-for relationships on TV.

Aniston is often slated as trying and failing to become America’s Rom-Com Queen or America’s Leading Lady Sweetheart. However films like Office Space and The Good Girl prove that she’s got (had?) the acting chops to become an indie sensation not unlike Maggie Gyllenhaal or Zooey Deschanel. Likewise, she can take a television role and really make it her own to the point that the line between her and her character becomes blurred beyond recognition (aside from Friends, her appearance in Cougar Town is a well-worth-watching treat). It seems that the astronomical success in Friends thrust her straight into Hollywood, which evidently was not the best stage for her skills. Aniston’s reputation for being bad for the box office appears to be no real fault of her own. Unfortunately she has been unfairly judged based purely by the fact that she is often in badly put together, badly marketed, or just plain bad films.

Posted on Oct 31, 2013 by
Spencer
Contributing writer for The Artifice.
Follow