‘Lincoln’ and ‘Flight’ – What they mean for Spielberg & Zemeckis

In 1973, a hard-nosed Chicago kid named Robert Zemeckis graduated from USC. And somehow, he managed to show Steven Spielberg a film. The same Steven Spielberg who would provoke the definition of “blockbuster” with Jaws in 1975, and be nominated for his first directorial Academy Award with Close Encounters of the Third Kind two years later. The film that Spielberg was shown, Zemeckis’ award-winning short A Field of Honor, impressed the young director immensely, and spawned a partnership that would endure over numerous decades to come. 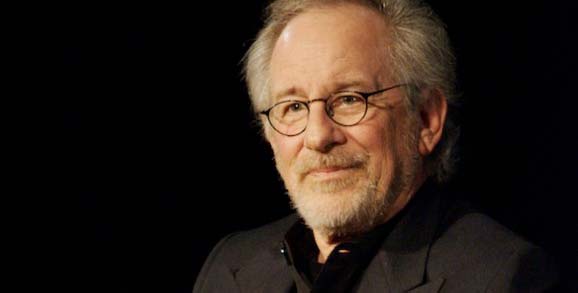 Several factors quickly became apparent. Primarily, Zemeckis had a knack for elaborate sequences of action, an element that would no doubt draw him to a man who was currently one of America’s youngest multi-millionaires. In addition, Spielberg was no amateur to the idea of creative collaboration, having an active partnership with USC-alumus George Lucas, who was soon taken under the wing of Francis Ford Coppola. And now Steven’s work had been met with astounding success, and it seemed the proper time to find a pupil. Zemeckis fit the bill. So naturally, the first script Spielberg directed by Zemeckis (co-written with his classmate, Bob Gale) was an epic failure. 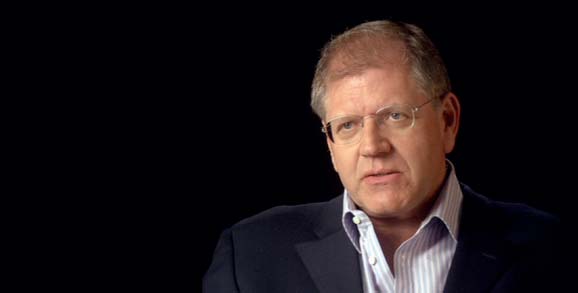 After the box-office disappointment of 1941, the effects-driven bonanza of a World War II comedy, starring Dan Aykroyd and John Belushi, the filmmakers discovered the turbulant nature of excess, and ever since, have settled into a niche that has developed an expansive catalog of great American movies. After directing the phenomenal, Spielberg-produced Back to the Future trilogy (in which Zemeckis successfully pioneered the effect of match moving), he won his first Oscar for 1994’s beloved Forrest Gump. The prior year, his mentor had accomplished the same with Schindler’s List, and would again in 1999 with the release of Saving Private Ryan.

And here we have Lincoln, over a decade later. Based on the biography Team of Rivals: The Political Genius of Abraham Lincoln, Spielberg displays that his frequent visits into American history can still be visualized with mature authenticity. Last year’s War Horse, while still being a great film, was more of a heartfelt tribute to the ravishing filmmaking of John Ford than anything else. Lincoln, however, is a spectacularly-executed historical drama, driven by political conversation that capitalizes on the profound deeds that can be accomplished simply through the discussion of men.

Tony Kushner’s screenplay refuses to exploit the larger-than-life details of Lincoln’s quest to pass the Thirteenth Amendment and end the Civil War, instead presenting us with an unflattering, realistic staging of 19th century D.C. and Virginia. It is a film driven by the staggeringly good performances of several notable actors, and of course, the portrayal of our 16th president by Daniel Day-Lewis. It is likely the finest performance we will see in 2012. Never once do we doubt that Day-Lewis is Lincoln. We know he is, and we know that the actor believes he is. There is no attempt by the performer to convince us, because in his mind, Lincoln was only a man, much like himself. That said, Spielberg and company couldn’t have casted a better actor in the lead role, nor brought an iconic figure down to earth in a fashion more spectacular than this. 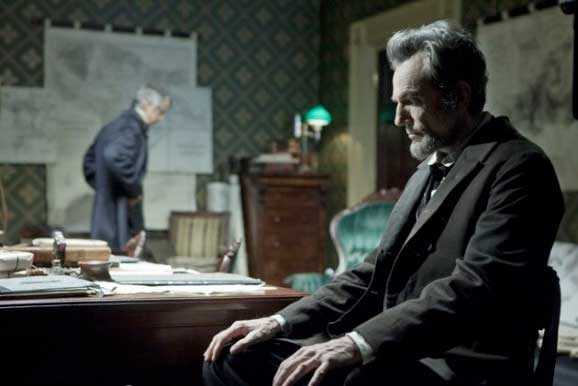 Naturally, the production design and cinematography are spectacular. In fact, the film plants us within its setting with remarkable artfulness, almost to the point where we are convinced that nothing here is staged, and that somewhere in the world, all you have to do is a point a camera at an 1865-version of the White House. In his beautifully subtle portrayal of Honest Abe, Daniel Day-Lewis gives Lincoln no distracting quirks or theatrical mannerisms, only thought, personality, and heart that come shining through. It is astonishing to the see the man silence a room with a story he has to tell, slightly contort the political system in order to save it, or in one of the film’s best scenes, argue with his wife (played phenomenally by Sally Field) about the grief he has been forced to hide within his very soul.

Nearly the entire cast is brilliant, including exceptional work from David Strathairn and Tommy Lee Jones. But Lincoln is not without flaw. I have no complaints about the emotional pull we are faced with as John Williams kicks in during pivotal scenes; it’s Spielberg after all, you gotta expect some sentimentality. And while we are fortunate to have little sugar coating here, the film has a tendency to lecture. With little doubt, this movie functions as insight into history. But when Spielberg hints at moral lessons, the effect isn’t as genuine. I never got a complete sense of Lincoln’s personal views versus those that he felt were required to hold the country together, although the film thankfully refuses to praise him like a god. One never doubts that his decision to end slavery is a political necessity and social statement; however, the latter element isn’t incorporated as part of a character arc, it simply appears that Lincoln accomplishes this great deed because it is in his nature to do incredible things. We understand that he is a man of remarkable character, but were his values always so remarkable? Luckily, the lack of an answer is justified by the sheer humanity of the figure Spielberg presents, one who we are shown is more than worth the infinite praise we deem upon him. A great American, just as common citizens have the potential to be.

Meanwhile, Robert Zemeckis’ Flight is also a character study of the highest order, his first live-action film since Cast Away in 2000. And while the motion-capture animation of The Polar Express, Beowulf, and A Christmas Carol is impressive in its own right, we are often left with the uncanny valley; the fact that as animation becomes more realistic, the differences when compared to real life become noticeable (or creepy) to a higher degree. Here, nothing is spared in our spellbinding look at human suffering. As an alcoholic pilot who remarkably lands an ill-fated aircraft, Denzel Washington gives a performance that will reaffirm your belief that he is one of the great American actors. This is a man who gradually begins to understand his addictions, and allow the fate of tumultuous circumstances to lead him out of hell. 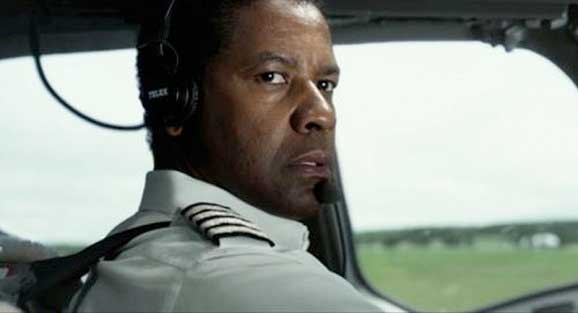 The film is relentlessly entertaining, a trip into the perils of addiction that never loses altitude, even after a terrifying crash sequence that is certainly one of the year’s most suspenseful scenes. Supporting performances by Don Cheadle, Kelly Reilly, John Goodman, and Bruce Greenwood are also terrific, culminating in a crafty story of man at the whim of his impulses. There are a few instances when Zemeckis’ stylistic flair doesn’t really work, although for the most part, the story is told in a manner that maximizes our interest. The screenplay, by John Gatins, also features nifty themes regarding faith, and even hints of randomness versus determinism, which only enhance the impact of Washington’s internal struggle.

Yet the struggle of modern filmmakers is both internal and external, and one may wonder, what impact will these films have on the careers of both men?  Here’s my prediction. Lincoln will do well, very well, at the Oscars in just a few months time, earning potential statuettes for Best Picture, Director, and Actor. Flight, meanwhile, will not likely win any of these categories, although it will possibly get nominated for all three, emphasis being placed on Washington’s performance. Screenplay nominations are also fair game for both films, as well, in addition to numerous other categories reflecting the expertise in which these movies were created and performed.

Spielberg and Zemeckis haven’t written their own films in quite awhile (with the exception of Zemeckis’ CGI extravaganzas), and while this shows no sign of their diminishing auteurship, it does tell us quite a bit about the films they are now making. Spielberg will continue to attach himself to big-budget projects (he is currently working on Robopocalypse), with an occasional drama such as this that will garner him familiar acclaim. Zemeckis, meanwhile, will hopefully direct more human dramas following the success of Flight, while simultaneously pursuing animation and other technological efforts. I have no doubt that they will continue to make great films, but their writer/director stage has worn thin. The development of American independent filmmaking in the 90s and early 2000s has brought us the likes of Paul Thomas Anderson, Quentin Tarantino, Christopher Nolan, Wes Anderson, and other artists who transport screenplays, that are often their own, to vivid life onscreen. The future of American film lies in the hands of directors who arise from this continuing movement. Occasionally, they win the awards they are so often nominated for. But most of the time, they have stiff competition from masters of another age.