The Magic and Artistry of Studio Ghibli’s Films

Studio Ghibli’s films are undeniably works of art. They present a culture which respects hard work and stillness, yet also acknowledges the struggles and inevitable challenges that are part of human nature. The films touch upon real life topics that can ignite fiery debates and leave audiences pondering things about themselves. Most importantly, it is in their simplicity and their child-like nature that allows one to find a special part of him or her. Although some films are targeted towards children, they do not sugar coat struggles, pain, sickness or feelings of hatred. They present what life is really like in a way that is approachable in fictional and often fantastical stories. Studio Ghibli shows that true artistry can be found in the simplest things and in the small pleasures and pains of life. Qualities such as Ghibli’s art style, simplicity, pacing and rawness of the characters allow the animations touch its audiences in a unique way.

Simplicity: the key to the heart 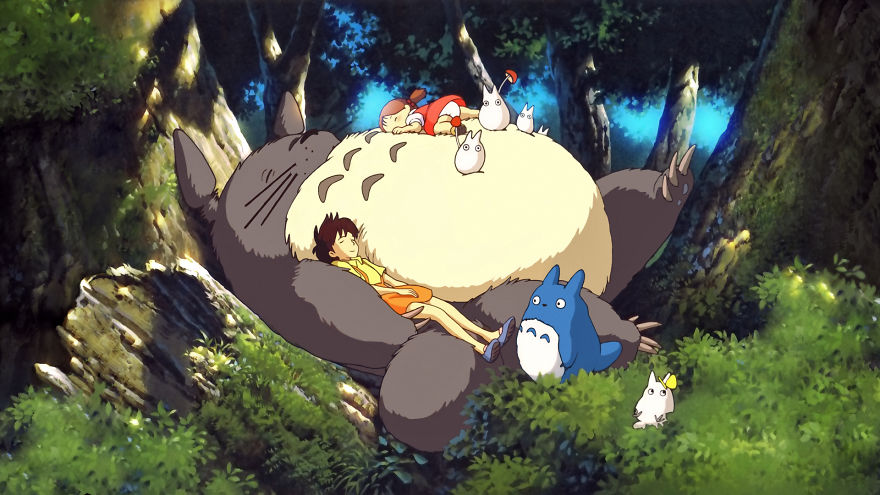 A striking observation about Ghibli’s films, is their simplicity which allows the audiences to relate to the characters and their world. Studio Ghibli’s films take place in a real-life world and in the daily life routine. For example, in Up on Poppy Hill, the audience is transported to a simple town and meet a high school girl who takes the responsibility of helping her single mom. Through her eyes, the hardships of daily life are presented: cooking, sleeping on a hard floor, raising the flags and going to the fish market. Moreover, although hand drawn and not as digitally complex as the newest Disney Pixar films, the simplicity of the art work gives a sense of warmth and glimpse of Japanese culture. Similarly, in the heartwarming film Whisper of the Heart, audiences are pulled into the world of Shizuku Tsukishima. This world is so simple: it is the bustling Tokyo and it is the real world. Despite the lack of fantasy elements and computerized animation, the world painted by Ghibli is charming and an approachable world—it leaves Western audiences wondering if Tokyo really looks like that.

Hard work for succeeding and for fulfilling dreams


Simplicity and hark work come hand in hand, because it is through simplicity that one realizes that hard work is part of life. Hard work is a theme that is presented in most of Studio Ghibli’s films and is often illustrated by physical labor, study and jobs. Placing a special emphasis on work ethic allows the films to be relatable to the audience as well as showing the value of hard work in Japanese culture.

One of the best examples of work ethic and perseverance is the fourteen year old Shizuku Tsukishima in Whisper of the heart. After meeting Seiji, an aspiring violin player, Shizuku concludes it is not enough to just read stories all day and that she must become “someone” to be good enough for Seiji. Seiji inspires her to think about her future and his work ethic motivates her to write a story. Through many sleepless nights, having difficulty at school, and facing anxiety, the audience can feel how important hard work and story writing is for Shizuku. Yet, both Shizuku and Seiji despite their hard work and perseverance, conclude that they need to take more time to become skilled writers and violin makers. Although many films often show the reaps of hard work at the end, Whisper of the heart illustrates that hard work and perseverance is life long and that one should always continue to strive to be better than what he or she is.

Furthermore, Spirited Away also demonstrates the importance of work ethic in Japanese culture. Spirited Away is a fantastical film which transports its audiences to the world of spirits in a bathhouse. Chihiro, a young girl who is shown to be a cry-baby and a coward, becomes tough and builds her personality though tough labor. Not only does Chihiro need to work hard to prove herself to Yubaba and the spirits, she needs it to save her parents . Furthermore, she needs to work hard to keep her name. Through animation, the film gives the audience a sense of what hard work looks and feels like through Chihiro’s crying, struggles, and the painful scene of accepting her fate while crying and eating rice balls. Struggling and persevering, Chihiro grows into a new girl from the girl who entered the mystical bathhouse: yet she retained her name. Although a fictional ten-year old girl, Chihiro presents relatable dilemmas and fears. Is one able to remain who he or she really is after struggle and hard work?

Like Shizuku and Chihiro, most characters in Studio Ghibli’s films are so relatable and raw that one can easily see his or herself in the character. For example in When Marnie was there, the main character Anna presents an introverted character with Asthma who is struggles to fit in. She seeks for a family who can love her. The way feelings are portrayed in this film is very raw: the audience witnesses the screaming, tears, vacuous faces, and blushing. For example, the scene where Anna pokes a whole through her sketch book with her pencil while she saying “I hate myself” is a powerful demonstration of loss of self worth, depression and guilt that many people face in different times of life. Despite being quite strong and almost aggressive, it is a true and relatable feeling. Anna seeks what most people seek: family, friends, acceptance, and to be “normal”. What makes Anna’s story so touching is that she proves that while there may be no villain, feelings of guilt, exclusion, and depression can be even scarier than a villain and overcoming them can be far more rewarding than slaying the evil dragon.

Similarly, Lady Eboshi from Princess Mononoke presents a character who is deep and complicated. A beautiful, headstrong leader of Iron Town, Lady Eboshi seems to be a villain. However unlike most common villains portrayed in films, she isn’t fully maleficent. In fact, she has a tender heart for downtrodden people such as leapers and abused women. Unlike most villains who are portrayed as ugly, she is a beautiful, elegant woman and is highly respected in her town. She almost seems like a role model: she is strong, courageous, beautiful and revolutionary. While it seems a paradox, she is also an enemy to the forest and plots to destroy what belongs to the gods. Audiences are puzzled: Is she bad? Is she good? In many aspects she is bad– she kills the forest ruthlessly and seeks to kill the forest gods. Why then is she so loved and respected? The answer is simple: she is a human being who has both good and bad traits. Lady Eboshi reminds audiences that human beings are flawed, but that doesn’t make them all good or all bad.

Beauty in moments of stillness 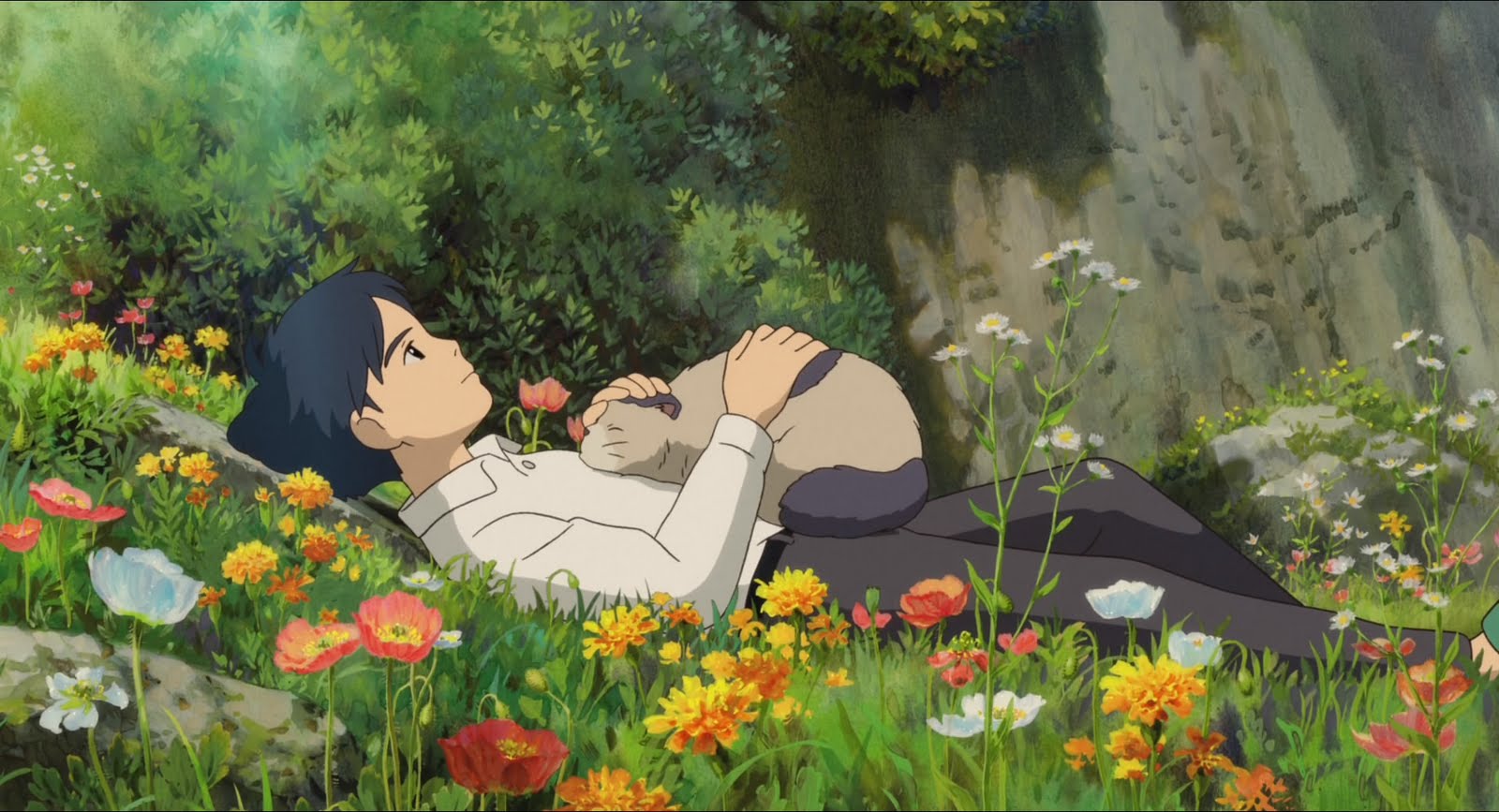 Violence in Anime: Helpful or a Hindrance?
Analyzing The Concept of Unforgiveness in Hell Girl
The role of fillers in anime: Is there a way around them?
What is in an anime opening?
Black, White, & Colour in Star Wars Visions
Portrayals of Gender in Studio Ghibli Films
What matters to viewers more: the amnesia trope itself, or how effectively it’s used in the plot?