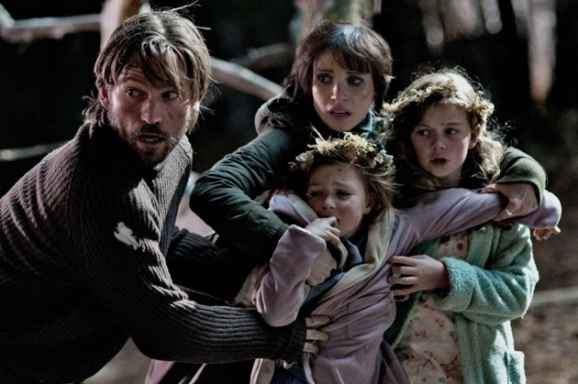 Thank God it’s February. Because to be perfectly honest, Steven Soderbergh genre pics are one of the only aspects that make each year’s beginning a bearable venture. Not that Mama, based on co-writer/director Andres Muschietti’s short film, is a terrible horror film. But it certainly fails to escape January mediocrity. I’m sure that when Guillermo del Toro, whose Pacific Rim will arrive in July, decided to produce the feature-length rendition of Muschietti’s scary little movie, a key element of his visualization was an atmosphere that could maintain an audience’s intrigue for an hour and forty minutes. Because the screenplay certainly doesn’t.

First, I find it important to admit that I love Jessica Chastain (and not just because I find her more attractive than almost any other Hollywood actress). Her performance in Zero Dark Thirty will likely win her an Oscar, and here, in her transformation as a punk rocker girlfriend who is quickly forced into a bizarre state of motherhood, she packs personality and characterization into a simplified role. This gal just might be able to do anything, and as her boyfriend, Game of Thrones’ Nikolaj Coster-Waldau also does a dandy job. Mama commences its main course of action as his character’s creepy nieces, played by Megan Charpentier and Isabelle Nélisse, come to live with the couple after having disappeared for several years, not only being unaccustomed to conventional society, but also carrying a ghostly presence.

The movie’s most commendable aspect is Antonio Riestra’s beautiful cinematography, bathing the film in a desaturated palette that always manages to do something useful with light and color (those blue-tinted, moonlight sequences may make no logical sense, but damn do they look cool), also taking on some nifty utilizations of rack focusing, unconventional camera movements, and unbroken tracking shots. There’s also a bit of aerial stuff at the beginning that’s kind of an homage to The Shining’s opening credits sequence. I say “kind of” because nearly all elements of horror in the film seem derived from other movies, and the scares cued by the musical score in increasingly obvious places; in fact, the only genuinely terrifying moments occur during surreal, stylistically bold dream sequences.

As if this weren’t enough of a problem, Mama has more misguided plot elements than it knows what to do with. Too many things come into play only to have little significance, such as a connection that the children may have with their uncle through art, or Chastain’s character through music. Maybe it was not the intention of the filmmakers for the audience to connect such dots, but the obviousness of such thematic (and for that matter, narrative) potential should appear relevant to most viewers, in addition to several other topics that remain frustratingly unexplored (and others, repeated to the point of annoyance). For instance, of all the films to recently address the 2008 financial crisis, Mama should surely win an award for attaching the least amount of meaning to the incident’s inclusion in the plot. In addition, the psychiatric character played by Daniel Kash is terribly executed, betraying common sense as an excuse for the film to advance a shabby screenplay. The script is so filled with laughable contrivances that at times, your mind tends to divert from how ridiculous the whole thing actually is, and most importantly, how little attention it pays to logic. 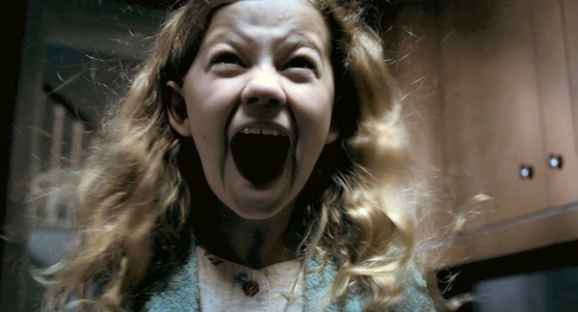 What keeps Mama alive is the look and feel; the presence of gothic terror that the film tries so hard to portray, yet isn’t intelligent enough to encompass into a satisfying piece of cinema. As previously mentioned, Chastain is great, yet her character’s transition into motherly domain is almost completely ineffective, mainly due to the manner in which herself and Coster-Waldau’s character obtain the children in the first place, stretching believability that only becomes thinner as we come to realize that given certain developments, no person in their right mind would think or behave as these characters sometimes do.

I did enjoy Andres Muschietti’s short, in addition to the sequence in which it is more or less pasted into the feature film. However, the visualization of Muschietti’s “ghost mom” isn’t something I wanted to be introduced to within the first five minutes of the film, nor be forced to extensively look at throughout a silly climax. “Fear of the unknown” is an element that sometimes feels forgotten in modern horror, exemplified by Mama as I began to gasp less and laugh more. It does pack a fair share of chills, supplemented by a few intriguing, psychological developments. But I’m afraid this one was in desperate need of a spellcheck.